With his subsequent moves and declarations, French President Emmanuel Macron emerged as Russia’s biggest friend in the West. First, the French leader made rapprochement with Putin over Ukraine’s case, helping Moscow return to the Council of Europe. Sometime later, he vetoed the opening of accession negotiations with the two Balkan countries. Now he lambasted the transatlantic defense bloc, an alliance that for the past seven decades has laid the groundwork for Western security while being the Kremlin’s top enemy. 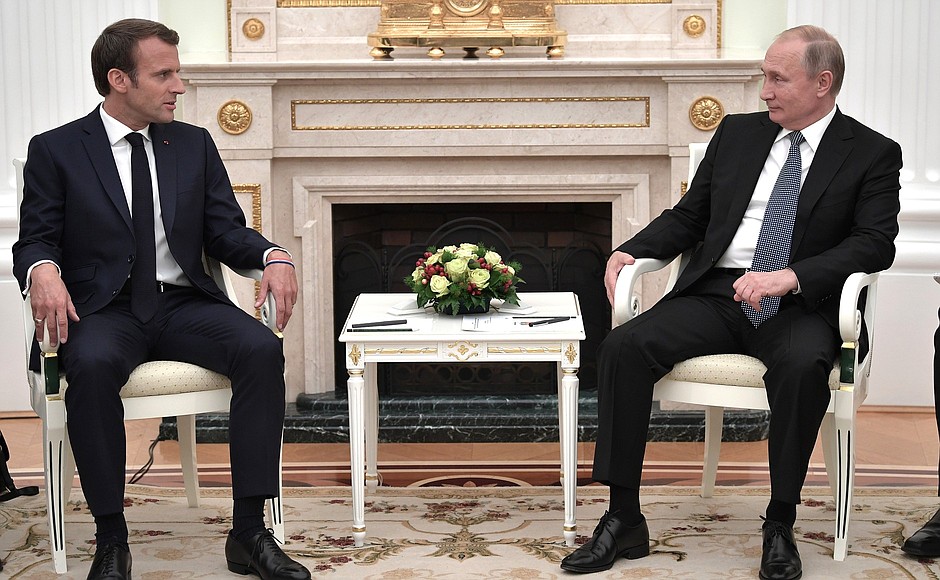 In an interview with The Economist, French President Emmanuel Macron has dealt a blow to NATO like anyone ever has. Emmanuel Macron undermined U.S. leadership in the Alliance while raising questions about Article 5 of the NATO Treaty, the bloc’s fundamental principle. The French president has warned European countries that they can no longer rely on America to defend NATO allies. “What we are currently experiencing is the brain death of NATO,” Macron told the British weekly. Asked whether he still believed in the Article 5 of NATO’s founding Treaty, under which an attack against one member is considered an offense against all, Macron answered: “I don’t know.” Why has Macron hit a blow to the bloc? Because he seeks to fracture the Euro-Atlantic alliance in a bid to forge a new security architecture in Europe, seemingly based on the European Union, albeit under the aegis of Paris and Berlin, and in partnership with Moscow. Once brought to life, a similar arrangement would surge as an equal partner for talks, both with the United States and China, which is nothing but a mere pipe dream as Europe cannot compete with the United States and the People’s Republic of China, either economically or militarily. Macron has made deliberate efforts to disintegrate the Euro-Atlantic system of security that so far has brought more than 70 years of peace to the West. Macron’s punch in NATO’s face is his yet another move that favored Moscow’s political goals. A few weeks earlier, the French leader vetoed the opening of accession negotiations with North Macedonia and Albania, although these two fulfilled a set of preconditions laid out by Brussels. North Macedonia seems particularly vulnerable, with the risk of pro-Russian parties coming to power. Besides, Macron had angered Bulgaria and Ukraine, saying that he preferred legal migrants from Africa to “clandestine networks of Bulgarians and Ukrainians.”

Emmanuel Macron is the first Western leader looking to bury the West’s post-Crimean policy toward Russia –– joint and somewhat agreeing in viewpoints. The French president aspires to “build a new architecture of trust and security in Europe,” one that includes Moscow. In August, Macron received Putin in his summer retreat of Fort Brégançon for talks –– referred to as an ultimate icebreaker in these two’s bilateral ties, the sign of a thaw in relations that unfolded in the weeks that followed. The French leader gushed that Russia was a “great nation of the Enlightenment,” adding that the country is home to liberalism, albeit on Moscow’s terms. Putin and Macron spent later over two hours talking one-on-one. Shortly after, at the G7 summit, Macron announced a new round of the so-called Normandy talks, while sometime later –– and for the first time in many years –– France and Germany held a joint meeting under a 2+2 formula, with foreign and defense ministers being present. Emmanuel Macron laid out how he viewed relations with Russia in the annual presidential address to the nation’s envoys at the Elysée Palace on August 27, arguing that these need to be rethought while “pushing” this country further from Europe is “a serious mistake.” Macron believes that “it is essential that we take this initiative” to trigger a reset policy pertaining to various conflicts.