Syrian Civil War. Who is afraid of mercenaries

Messages pointing to the presence of Russian mercenaries in Syria are still coming. After the massacre in Euphrates Valley in early February, Moscow did not change its policy and is still using the services of, so called, Wagner group. Probably, this will not change before the end of war in Syria, so until then the Kremlin is not to change anything in law to be able to use mercenaries without being formally responsible for it. 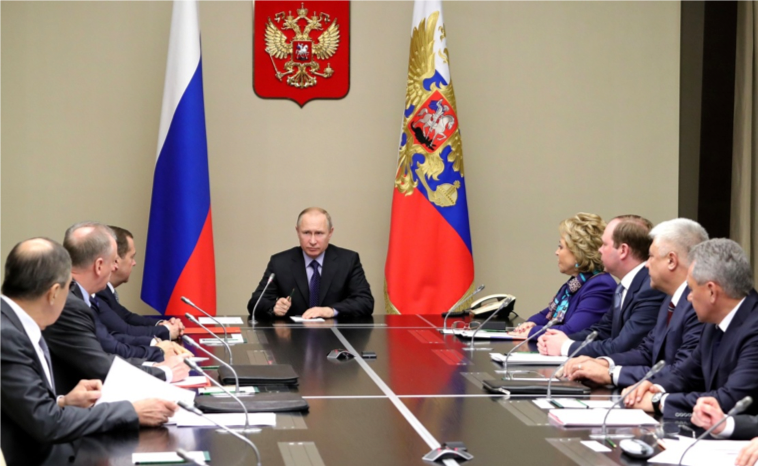 Another in recent years attempt of passing a bill regulating the activity of mercenaries’ private companies in Russia has again ended in a fiasco. Government issued a negative opinion on a bill project submitted in January. Leader of the faction A Just Russia Sergey Mironov and his deputy Mikhail Yemelyanov are authors of the bill. In January 2018 chief of diplomacy Sergey Lavrov declared for legalisation of mercenaries. On February 14, head of the State Duma Defense Committee and former commander-in-Chief of the Russian Airborne Troops, general Vladimir Shamanov supported the initiative.

But authors of the governmental opinion write, that a proposal of new laws is in contradiction with part 5 of Article 13 of Constitution of the Russian Federation, which forbids the social activity of associations, whose aims and actions are focused on creating military groupings. Authors of the opinion also point to the Article 71 of Constitution which says that issues of defence and security, war and peace, foreign policy and international relations of Russia are controlled by the state. Earlier, the project did not gain support either in Ministry of Defence, or in Ministry of Finance, or in Ministry of Foreign Affairs; it was not supported also by Rosgvardiya, FSB, SVR and FSO. Office of the Prosecutor General and Ministry of Justice were also against the bill. Deputy Chair of the Federation Council Committee on Defence and Security Alexander Rakitin announced that committee did not consider the introduction of laws concerning mercenaries’ activity as urgent.

Critics of the project pointed to its vagueness which could raise serious problems in the future. But more important was probably the fact that so many influential people and groups of interest decided that the project in such a form did not come up to their expectations. Probably a conflict between FSB and GRU over controlling a new force sector turned out to be so serious and equal that the project was rejected in order to postpone regulation of the problem. Authors proposed to pass the issue of licensing the companies to Ministry of Defence – which must have resulted in FSB objection. Currently, Lubyanka has strong influence on part of mercenaries’ companies.

What is interesting, project was also negatively assessed by Ministry of Foreign Affairs and Ministry of Defence which ale proponents of legalisation of military companies – it is a sign of FSB resistance, but also of the Kremlin stance. Putin, probably influenced by Lubyanka, decided that activity of mercenaries in Russia should not be legalised in this form. Current situation – especially in regard to Syria – would be more convenient. But some other motive cannot be excluded. FSB could have been telling Putin that mercenaries under control of GRU might be a strong power, even threatening the regime.