“Russian FBI” and a turn of events in Bastrykin’s case

According to unofficial sources, the recent speculations about the changes in investigative structures in Russia might turn out to be true. There is every indication that a new government agency will be established, in which the structures and the investigative powers of the Investigative Committee (SKR), the Ministry of Internal Affairs (MVD) and the Federal Security Service (FSB) will be merged into one. What is even more surprising is the fact that the current Head of the Investigative Committee, Aleksandr Bastrykin, might become the Head of the “Russian FBI”. 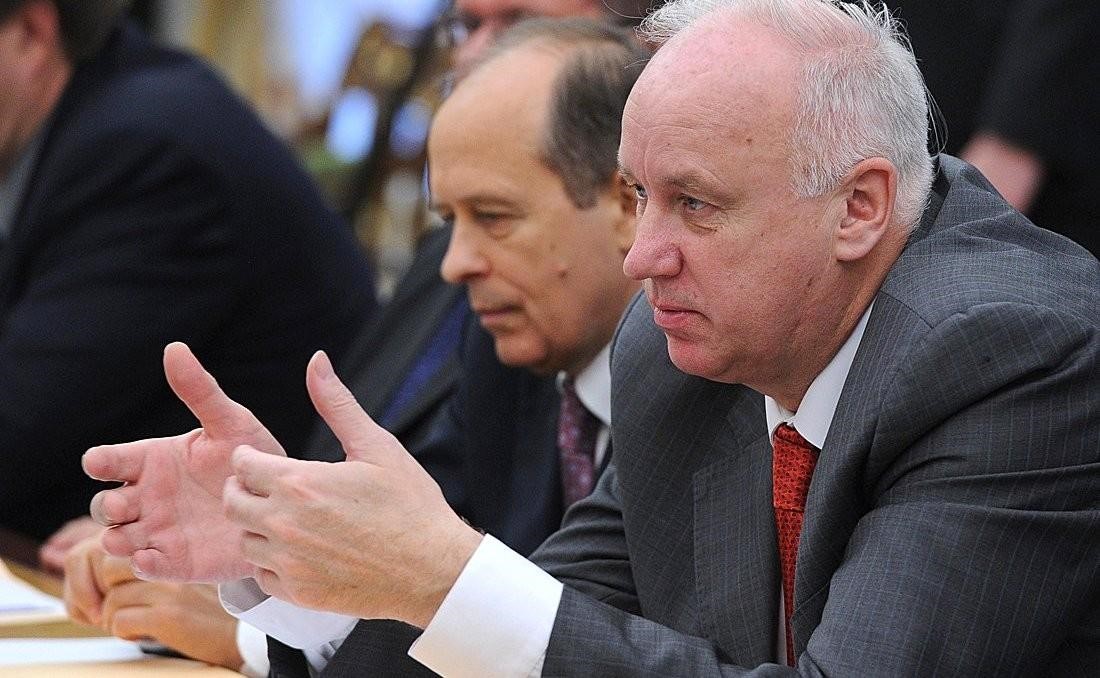 In the past few months, all indications suggested that Bastrykin would lose the position of the Head of the SKR and the Committee itself might be dissolved. In December, at one of the Committee’s meetings, Bastrykin himself said that his institution would be liquidated. The main reason for such decision would be the so-called case of Shakro the Young, which involved the detention of a group of high-ranking officials working with Bastrykin who were accused of corruption (READ MORE). The whole case is still under investigation, especially after one of the arrested, Denis Nikandrov, has recently testified that the Head of the Moscow Department of the SKR, Aleksandr Drymanov, was also involved in the bribery scandal. The detention of Drymanov would be a final blow for Bastrykin. However, the FSB has not detained him so far and the decision might be politically motivated. In a situation in which Putin is preparing a new, even more important position for Bastrykin, it is difficult to expect such action.

In the last few days, Bastrykin was supposed to show up at the Kremlin and hand in his resignation. However, according to unofficial reports, Putin did not accept it. On the contrary, the current Head of the SKR was reportedly offered the position of the head of a new, even more powerful than the Committee, investigative institution. It is not yet known whether he will eventually take up the post. He has two strong opponents: the current Prosecutor General of Russia, Yury Chaika, and the FSB, which does not want to lose sole control over its own Investigative Board. It seems that the opponents of the SKR will actually live to see the liquidation of the Committee – but the further scenario might not go their way. Last year in November, it was announced that the Head of the Investigation Department of the MVD, Aleksandr Romanov, submitted some draft resolutions, including the one about the liquidation of the Investigative Committee, to the Chief of Staff of the Presidential Administration, Anton Vaino. The resolutions assume that the most important matters would go straight to the Prosecutor General’s Office, while the remaining ones would go to the MVD. Meanwhile, there is every indication that the reverse situation will happen. One of the options taken into consideration is the establishment of the “Russian FBI”, that is, the Federal Investigation Service. It would consist of the SKR and all investigative bodies of other power organs, with the Investigation Board of the FSB and the Investigation Department of the MVD on the very top of it. What is more, it would be the SKR that would dominate this new institution.

This variant is not approved by Lubyanka, which would prefer a completely different scenario: the establishment of the so-called MGB (the Ministry of State Security), which would be comprised of the current FSB, the SVR (the Foreign Intelligence Service) and the FSO (the Federal Protective Service), with the dominating role of counter-intelligence, namely the FSB. Of course, all investigative powers would also be focused here. But then again, the MVD does not want to give away its Investigation Department to anyone, neither to the potential MGB nor to the potential Federal Investigation Service. However, the Prosecutor General’s Office might have the casting vote here. There have been quite a few times when Yury Chaika has criticised the past activities of the investigative bodies of he SKR, the MVD and the FSB. Yet, instead of taking some cases away from the SKR and handing the others over to the MVD and the FSB, Chaika might have to accept the establishment of a new institution in exchange for the increase of the authority of the Prosecutor General’s Office over investigations in Russia.