In the last days of December, officers of the Investigative Directorate of the FSB detained another important person in the case against Zakhar Kalashov aka Shakro Molodoy. As a result, a former colonel of the Investigative Committee was charged with corruption. His detention occurred one and a half years after other high-ranking officers had been arrested. Such a state of affairs may mean the beginning of massive personal purges within the Investigative Committee and further weakening of the position, and perhaps even resignation, of the influential head of the service, Alexander Bastrykin. 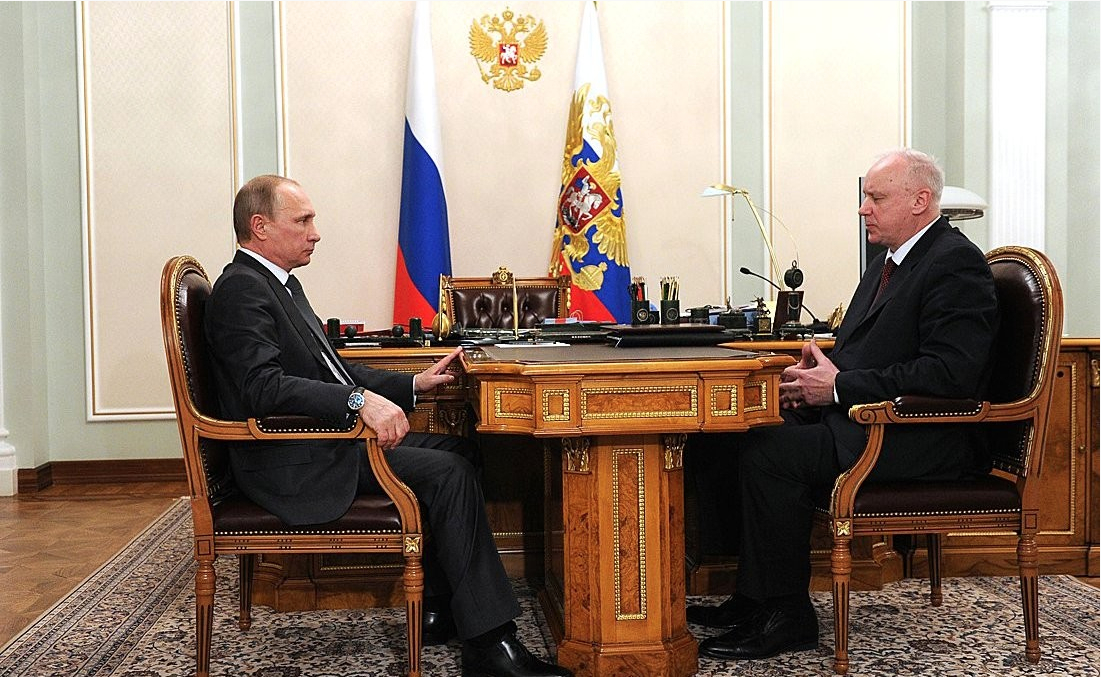 Until July 2016, Colonel Alexey Kramarenko had been the Head of the Main Investigation Directorate of the Investigative Committee (ICR) of Russia in Central district of the capital. He was detained on December 27, 2017 on suspicion of corrupt relationships with one of the leaders of the criminal underworld Zakhary Kalashov (aka Shakro Molodoy). Alexey Kramarenko was put in custody until February 15, 2018. This is the fourth high-ranking investigator detained in this case. Three of his colleagues were arrested in the summer of 2016 and it seems that the case, which started again after such a long period, may bring about serious consequences for the entire Investigative Committee. In addition, the investigation on bribes from Shakro Molodoy was initiated by the FSB and not by the Investigative Committee. The aim was to hit people who had any connections with FSB General Oleg Feoktistov, referred as “Sechin’s personal trust” in Lubyanka Square, who also had to hand in his resignation in the summer of 2016. At the same time, the case was troublesome for the head of the Investigative Committee, Alexander Bastrykin.

According to the investigators, thief in law Zakhary Kalashov was supposed to give bribe on especially large scale to high-ranking officers of the Investigative Committee in exchange for promising to ensure the release of his crony, Andrei Kochyukov (aka Italianets) from jail. The latter has remained in custody in connection with the shooting in one of the Moscow restaurants in December 2015. It is said that the ex-Deputy Head of the Bureau of Internal Affairs Alexander Lamonov was given a half million euro bribe and then a part of this amount could have been transferred to his superior, the Head of the Main Department of Interdepartmental Interaction and Own Security of the ICR, Colonel Mikhail Maksimenko. His task was to convince the former Deputy Head of the Investigative Committee Main Department in Moscow General Denis Nikandrov to change Kochuykov’s charges. This issue has already been tackled by Nikandrov’s subordinates responsible for the case, including Kramarenko. Thus, the gangster could be released; however, he was immediately detained by the FSB officers even before he was liberated. On July 13, 2016, the court issued a sanction for the arrest of Shakro Molodoy while Nikandrov, Maksimenko, and Lamonov were detained on the night of July 18 to July 19. Kramarenko submitted his resignation and then he started to work in the Rosneft’s legal department, which corroborates his close relationship with Feoktistov. Just as Nikandrov who was in charge of the most important investigations launched by the 6th the 6th FSB USB Service supervised by Feoktistov. During the investigation, it was Nikandrov who supposedly ratted Kramarenko out. In any case, all three men detained in the summer of 2016 agreed to cooperate with the FSB, which may have serious repercussions both for Feoktistov and Bastrykin.

Also Colonel Maksimenko seems to be a particularly important figure in the case. Former spetsnaz soldier, he is an old friend of the head of the Investigative Committee and his former bodyguard; then, he became an influential chief of the ICR Main Department of Interdepartmental Interaction and Internal Security in Moscow. He was even considered to be Bastrykin’s right-hand man. The latter was not able to protect his protégé (however, the FSB did not even warn him about the fact that his subordinates had been arrested). Then Bastrykin tried to save himself thanks to the cooperation with the FSB in the case of several important investigations. However, he seems to be in troubles. One can expect further detentions within the structures of the Investigative Committee, which would affect not only its personnel. Among endangered officers, there are also two investigators who handed their resignation in the summer of 2016: Kramarenko’s deputy Alexander Khurtsilava and priority cases investigator Andrey Bychkov. Further detainments in the upcoming months may lead to Bastrykin’s resignation or, at least, to a serious weakening of the institution. Some claim that there will be some reforms in the Committee, as both the FSB and the allied Federal Protective Service (FSO) seem to be most interested in weakening the service.