Once Igor Plotnitsky was removed from power after the November coup, many important people have been sacked in the purges. Those who had any connections with the overthrown leader are now being removed from their posts. They are replaced by the protégés of the new “chief of state” Leonid Pasechnik. However, nobody has been arrested yet and the position of the “justice minister” is held by a consensual candidate agreed on by the patrons of both sides of the conflict, namely Vladislav Surkov and the FSB. It needs to be noticed that most of the new nominees are only acting ministers or chiefs of services. It may indicate that both Surkov and the GRU are trying to keep in Luhansk as many influences as possible, even despite the November defeat. 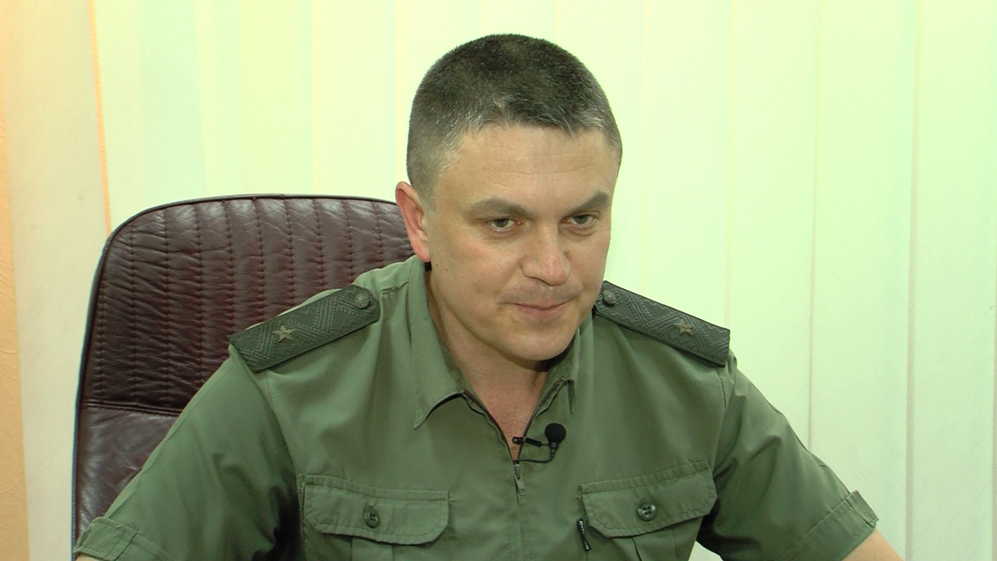 Source: Ministry of the Interior of the Luhansk People’s Republic

People who were responsible for the operation against “interior minister” Igor Kornet were the first to lose their positions. The head of the State Television and Radio Broadcasting Company of the “LPR” Anastasia Shurkaeva was accused of cooperation with the Ukrainian services. The chief of Plotnitsky’s administration, Irina Teitsman and the head of the “government security service” of the “Interior Ministry” of the “LPR” Yevgeny Seliverstov were charged with involvement in an alleged attempt to seize power in Septemberr 2016 and the murder of the LPR’s “Prime Minister” Gennadiy Tsypkalov. However, all of them, including Plotnitsky, managed to flee to Russia.

Their places were taken over by people associated with the putschists. Olga Bass has been appointed new “head of administration of the LPR leader”; previously, she had worked in the “Ministry of State Security” supervised by Pasechnik. Also Sergei Kolesnikov, the new chief of the State Television, is a trusted man of Pasechnik. After the rebellion of 2014, he initially worked in the “state television” of the “LPR”; then, he started to work in the “Ministry of Interior” where he was responsible for communication issues. He was in charge of the informational aspect of the operation against Plotnitsky. Some changes have also occurred in the “Ministry of the Internal Affairs”. As a result, Yuri Govtvin, Mikhail Paraskeyev and Roman Vedmedenko have been appointed “deputy interior ministers”. The largest purge could be noticed within the structures of the “LPR government”. For example, Sergei Kozlyakov, former “justice minister”, was dismissed. He was in charge of the courts that tried to remove Kornet from the post at the request of Plotnitsky. Apart from the “Minister of Justice”, four other members of the “government” have been dismissed.

The “Ministry of Justice” was taken over by Zaur Ismailov who became an acting minister. Since 2014, he has been the head of the “prosecutor’s office” and he was considered to belong to a group of Plotnitsky’s faithful supporters. Interestingly, he unexpectedly submitted his resignation a month before the coup. It is possible that his current nomination constitutes a part of an agreement between Vladislav Surkov (the protector of Plotnitsky’s team) and the FSB General Sergei Beseda (Pasechnyk’s patron). Ismailov may guarantee that there will be no harsh repressions against the old team. A series of resignations in the “government” have been announced by Pasechnik himself in an interview with the Russian news channel Russia-24. The fact that he had such a possibility confirms his strong position since Plotnitsky had never been honoured in this way. The interview with a state-owned Russian television constitutes a direct manifestation of the Kremlin’s support given to the new leader of the LPR. Its aim was to resolve doubts about the new balance of power in the “LPR”. Meanwhile, things are getting pretty tense in Donetsk. The election of the “president” of the so-called Donetsk People’s Republic is scheduled for autumn. Emboldened by recent events in Luhansk, Alexander Khodakovsky has been exerting public pressure on his old rival Alexander Zakharchenko. It seems that Surkov wants the current leader of the “DPR” to save his position at all cost. The situation may change after the presidential election in Russia. It is not known whether the political course towards the occupied Donbass will be changed.