Russian and Chinese leaders’ verbal declarations on their shared approach to vital international issues have recently been put into action, as exemplified by a stance adopted jointly by Beijing and Moscow toward the Sudan crackdown. This is where Russia and China earlier had backed the regime of Omar al-Bashir. After he was overthrown in the aftermath of massive demonstrations, the power in the country was seized by a military junta whose members refuse to accept civilian control over Sudan nor are they keen to introduce a rapid democratic transition in the country. Protestors are slaughtered in the streets of Khartoum while Moscow and Beijing are making joint attempts to block foreign interference, even at the diplomatic level. 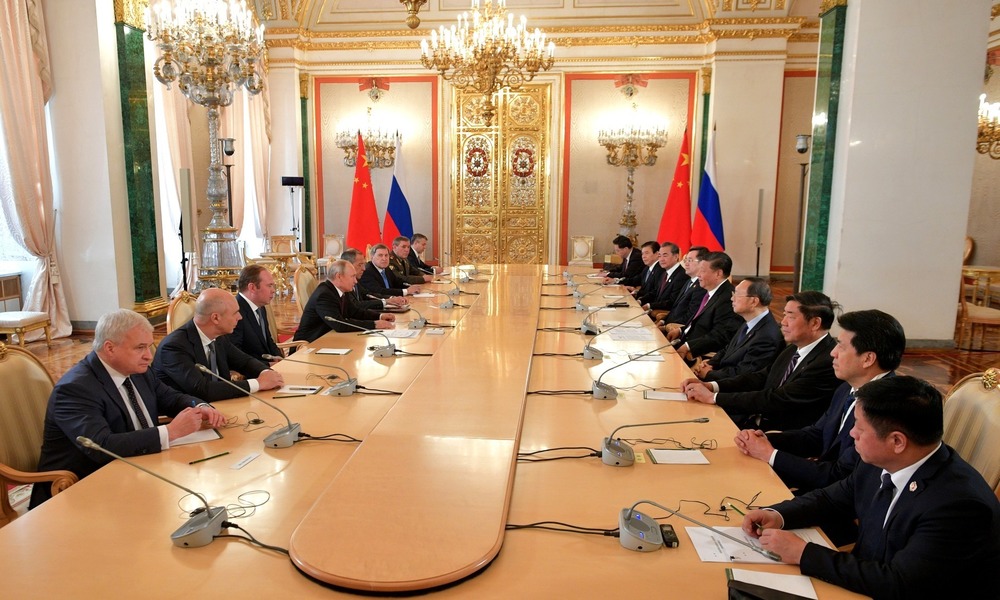 Chinese president paid a high-profile three-day state visit to Moscow in early June. Xi Jinping was also one of the top guests of an international economic forum in St Petersburg and a Chinese delegation was this year bigger than ever before. In remarks after a meeting with his Chinese counterpart on June 5, Vladimir Putin said both leaders discussed current problems of international policy. As reported, they allegedly confirmed Russia and China’s convergent views on vital global issues. Xi and Putin spoke about the Venezuelan crisis and the denuclearisation of the Korean Peninsula. And Russia and China have set similar goals also in Iran and Sudan. On June 3, the Sudanese army and paramilitary forces violently dispersed a pro-democracy opposition protest camp in Khartoum. At least 108 people were killed. On June 5, China and Russia blocked the United Nations Security Council from passing a statement to condemn Sudanese military rulers for their massive killings of citizens. At a closed-door meeting of the U.N. Security Council, Germany and the United Kingdom presented a draft press statement calling on Sudan’s military rulers and protesters to continue a dialogue. China firmly objected to the proposed text while Russia insisted that the council should await a response from the African Union.

Russian Deputy Foreign Minister said the next day that Moscow is against “any foreign intervention” in Sudan. The country is now ruled by a military junta that toppled the country’s dictator Omar al-Bashir after months-long protests organized by the local population. Sudan’s military junta overthrew the discredited dictator while the regime has not at all changed ever since, opposition members said. Bogdanov said that dialogue and compromise are both needed to put an end to the Sudanese crisis. What is worse is that Sudan’s ruling military refused to hold talks with the opposition in a move that ignited the situation in the country. The total death toll from the army’s violent attacks against pro-democracy protesters surpassed the number of deaths resulting from al-Bashir’s repression against demonstrators. At the same time, Bogdanov said it’s necessary to wage a “fight against extremists and provocateurs.”

Moscow has declared its support for the ruling junta in the hope of implementing its various projects earlier agreed with al-Bashir, including a Russian military base on the Red Sea. And the Kremlin’s goal consists in safeguarding its interests on Sudanese soil where Russian private military contractors were deployed at least a few months ago. From the Kremlin’s perspective, it seems most advantageous to stabilize the current situation in Sudan as, under the military junta’s regime, the country will make no sudden shift towards the West. Possibly, the army will appear more open to cooperate with Moscow while receiving Russian arms supplies that al-Bashir’s regime.