Russia as the first destination for new Kyrgyz president Sadyr Japarov was no surprise. The new leader of the Central Asian country had a mission to reassure his Moscow partners that the latest unrest – and lingering plans to amend the constitution to give more powers to the president – would not affect Russian political interests in Kyrgyzstan. There are still Russian troops in the country (the air base in Kant), and Bishkek is forced to juggle between Russia and China as the Central Asian country has become economically dependent on the latter. 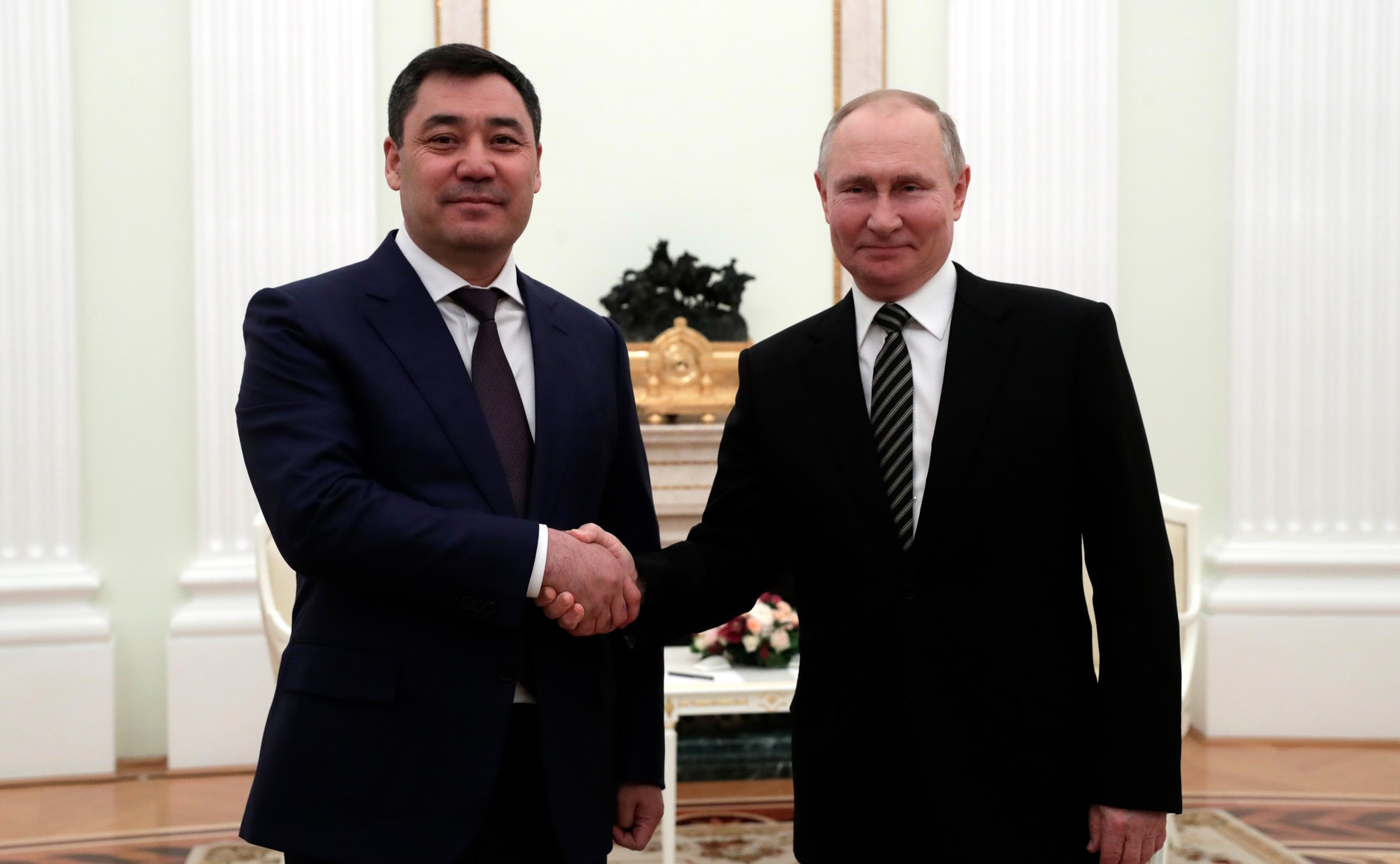 The Moscow visit was vital for Japarov as evidenced by the fact that the Kremlin threw support to then-President Jeenbekov during the October political turmoil as it feared nationalist slogans promoted by the country’s new leader. So Japarov was tasked with allaying Russian fears and that is why he headed to Moscow. Furthermore, before the trip, he wrote somewhat a policy paper published in a state newspaper. “The course to bring our ties with Russia to the highest level of allied ties and strategic partnership corresponds to Kyrgyzstan’s national interests,” Japarov wrote in a commentary in Slovo Kyrgyzstana state newspaper on February 19. He also said he would always oppose “any attempts of political manipulations” around the official status of the Russian language in Kyrgyzstan. “The Russian language is not just an official language but also the language of interethnic communication,” the president wrote. Two days before his first official trip as the country’s leader to Moscow, Sadyr Japarov appointed lawmaker Gulnara-Klara Samat to the post of Kyrgyz ambassador to Russia, another signal to the Kremlin showing how important the new Kyrgyz president deems ties with Moscow.

Sadyr Japarov, who was elected president on January 10, stayed in the Russian capital on his first foreign trip as the Central Asian state’s leader on February 24 and 25. On February 24, he met with Vladimir Putin in the Kremlin. “Undoubtedly, my first trip abroad to Russia as the president of the Kyrgyz Republic proves the high level of the bilateral ties between our nations. We intend to continue strengthening strategic partnership and allied ties,” Japarov said at the meeting with Putin. Putin expressed hope that the political crisis in Kyrgyzstan would come to an end, calling ties between the two countries “close and privileged.” During Japarov’s two-day visit to Moscow, he also held talks with other top Russian officials, including Prime Minister Mikhail Mishustin and the speakers of both chambers of parliament. By visiting Moscow, the Kyrgyz leader sought to embolden his country’s special relationship with Russia, but he cannot forget about China as Beijing offered mass loans to its neighbor. Two days before he flew to Moscow, Japarov had held a phone call with Chinese President Xi Jinping who invited the Kyrgyz president to visit Beijing. It thus seems that the new authorities in Kyrgyzstan will follow the policy adopted by their predecessors, betting both on Russia – politically and militarily – and China, hoping to secure mostly economic aid.