Chief of Russia’s General Staff is soon expected to leave the service at the statutory age. Thus, there emerges the question of who is going to replace him. It is almost certain that his post will be taken by one of the generals who gained their combat experience during the Russian operation in Syria. Vladimir Putin has clearly favored this group while promoting officers to army’s most important positions for at least a year. Among them are the commander of the Russian Aerospace Forces Colonel General Sergey Surovikin and head of the Western Military District Alexander Zhuravlyov. Particular attention should be drawn to the latter as the Western Military District plays a key role in Russia’s strategy in a potential war with Western countries. In addition, Moscow recently invested large sums of money in its development. 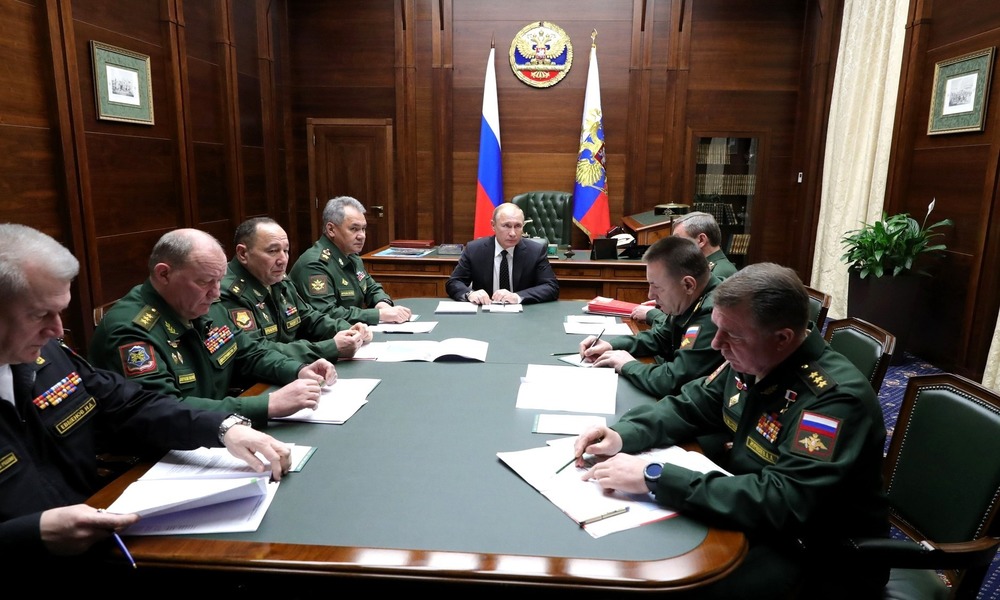 Moreover, nothing is known about the future of Army General Valery Gerasimov, standing behind a famous doctrine of “hybrid warfare” and Russia’s military successes in Ukraine and Syria. He just turned 63; under Russia’s law, he can serve until he is 65. However, it is possible to change current age limits. Further decisions depend on two major issues. First of all, it is not known when Russian President will need a chief of General Staff who could have some front experience, a question about a potential armed conflict involving Russia. Secondly, Gerasimov was a candidate of Sergei Shoigu; back in 2012, Defense Minister appointed Gerasimov who replaced Nikolai Makarov. If Shoigu is to be dismissed, Gerasimov will no longer be able to maintain his position as there are already a few generals who seem ready to assume his responsibilities.

So who is among a handful of candidates ready to assume Gerasimov’s responsibility? His post is likely to be taken by Russian officers who had gained combat experience in Syria. Colonel General Sergey Surovikin, 52, is in charge of commanding Russia’s Aerospace Forces. He was born in the Siberian city of Novosibirsk. In 1991, he took part in the August Coup, which may appear problematic for his career advancement. He was captain and commander of the Guards Tamanskaya Motor Rifle Division whose soldiers were responsible for killing three demonstrators and Yeltsin supporters. Arrested and held under investigation for seven months, Surovikin was later released while all charges against him were eventually dropped. He also headed the Eastern Military District while, more importantly, he skillfully commanded Russian military operations in Syria. Another Russian general who can boast of his Syrian experience is Andrey Serdyukov; however, he never commanded a military district. Colonel General Andrey Kartapolov, 55, is currently Chief of Main Directorate for Political-Military Affairs of the Russian Armed Forces; due to his young age, he may come as yet another candidate. Alexander Dvornikov, 57, was the first commander of Russia’s troops in Syria, currently in charge of the Southern Military District. Earlier, he had been given the title of Hero of the Russian Federation. He is a strong candidate; nonetheless, one should also take into account two new commanders of Russia’s Military Districts. Born in 1964 in Kazan, Alexander Lapin commands the Central Military District while Gennady Zhidko is in charge of the Western Military District. He began his military career in an armored unit. Before being appointed commander of the Central Military District, he performed his duties as the chief of staff and Surovikin’s first deputy in Syria. Zhidko was a chief of staff in Syria; furthermore, he served a year as a deputy head of the General Staff. He was also awarded the title Hero of the Russian Federation.