Russian state-run oil giant Rosneft hopes to be granted some tax reliefs while exploiting the Priobskoye field, as indicated by a letter submitted to President Vladimir Putin by the company CEO Igor Sechin. Everything seems now to indicate that his request will be positively considered, meaning that the state budget will lose a total of 460 billion roubles in a ten-year period. This confirms that Sechin’s company runs under special conditions while enjoying support from the Kremlin authorities. Yet it is not only about the firm’s CEO personal influence but rather Rosneft’s role in Russian politics, as evidenced by some oil ventures in Venezuela. 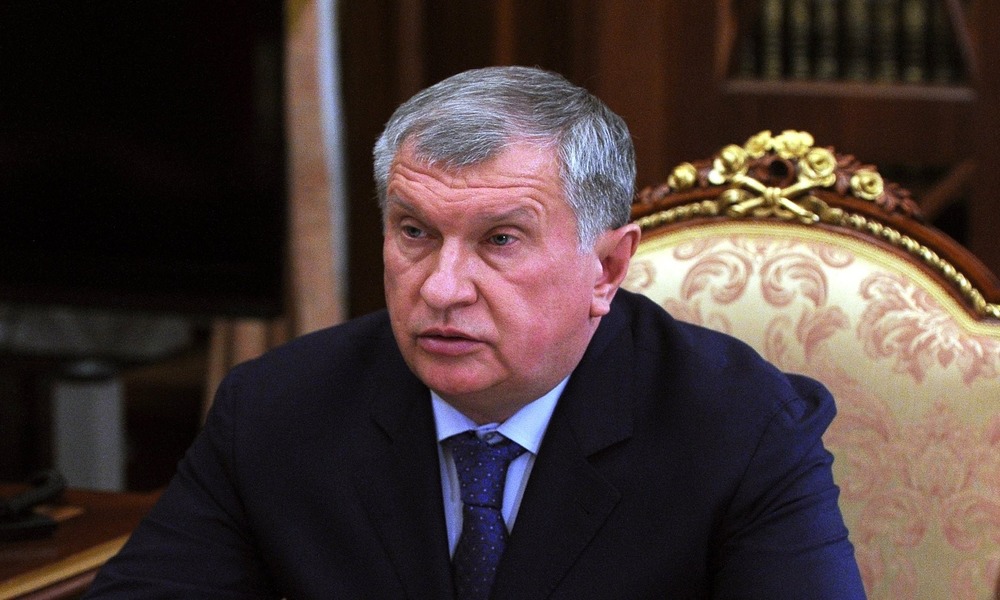 Igor Sechin has asked President Putin for additional allowances for the country’s largest oil deposit in the Priobskoye field. The letter sent in December 2018 is another request of Rosneft’s boss for specific tax breaks for the firm. If Russian authorities accepted Sechin’s application, a new tax break for Rosneft would cost the state budget a sum of 460 billion roubles within 10 years. Sechin claims that thanks to state support his company will be able to boost oil output in the deposits that comes as unprofitable. The question emerges what such tax breaks should consist in. It should be a significant deduction in Mineral Extraction Tax (MET), while the same mechanism had been earlier applied in the case of the Samotlor field. Back in 2017, Rosneft was granted ten-year tax breaks for a total sum of 350 billion roubles for exploiting the Samotlor oil deposit. Oil extraction from both deposits is slowly decreasing, amounting to 19.5 million tonnes per year in the Samotlor field and 25 million tonnes in the Priobskoye field.

Igor Sechin asked for further reliefs for Western Syberian deposits back in the summer of 2018 when he promised to boost oil output while increasing revenues to the state budget by more than 1 trillion roubles by 2024. His request was subsequently backed by Russian Energy Minister Alexander Novak and Deputy Prime Minister Dmitry Kozak. Nonetheless, Finance Ministry is now against tax deduction for the Priobskoye field as Rosneft already enjoys a number of tax breaks, mainly MET rates, while carrying out works in this area. For the time being, Russian Energy Ministry refrains from commenting on the issue. The Priobskoye field was discovered in 1982. Its geological reserves total 2.4 billion tonnes, making the deposit a crown in the jewel of Western Siberian oil resources. It is located in the Khanty–Mansi Autonomous Okrug of Western Siberia, along both banks of the Ob River. Resources on the left bank started to be exploited in 1988 while those on the right bank – in 1999. Rosneft is in charge of controlling the northern and central part of the field while Gazpromneft exploits the southern one.

Everything seems to indicate that Putin will give a positive answer to Sechin’s request as former deputy minister, who is now heading the country’s most influential oil firm, enjoys the Kremlin’s full support. Back in 2014, Sechin asked a 1.5-trillion loan from the National Prosperity Fund, an amount that eventually rose to 2.4. trillion roubles. This was followed by further reliefs, including those that applied to the Samotlor field. Interestingly, other oil firms sought to ask for tax breaks to exploit difficult deposits yet they all failed to receive such concessions. Even complaints to Prime Minister Dmitry Medvedev were in vain as it is the Kremlin that has the last word in all oil-related issues. Nonetheless, President Putin stated explicitly that Rosneft is the only firm that desires to be granted such substantial concessions.