The situation in war-torn Syria has stalled for a couple of months. Russia had to align with Turkey and halted the Syrian government’s air and ground campaign into rebel-held Idlib province. As diplomatic efforts prove futile and ties with al-Assad’s regime deteriorate whilst Moscow and Turkish are seeing the chill in bilateral relations, none of which help the so-called Astana format, three-way talks between the key foreign powers in the Syrian conflict. 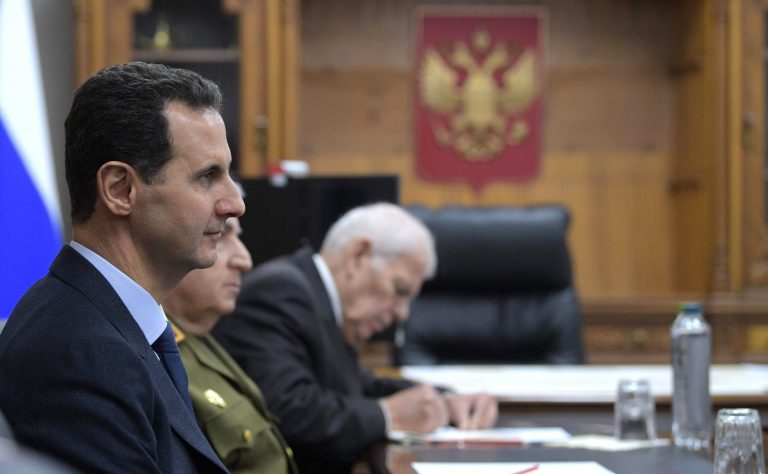 What symbolizes Russia’s stalled position in Syria is a July 14 bomb attack that hit the route of the joint patrol of Turkish and Russian troops in Idlib’s de-escalation zone, wounding three Russians. In March, Russia and Turkey agreed on a ceasefire in Idlib after months-long offensive of Syrian government forces, backed by Iran and Russia, against rebel insurgents. Though the Kremlin managed to help the Syrian leader fight the rebellion and recapture most of the country’s regions, it is little clear how Russia could take advantage of this success. Tensions rise high between Moscow and Damascus, with Iran playing its role in the ongoing conundrum. But worldwide, the Kremlin is unable to strike a deal in a move that is tantamount to the world’s accepting al-Assad’s rule and the current balance of power in Syria whilst paving the way for billion-dollar deals to rebuild the war-ravaged country. Russia has recently come under strident criticism from the UN Security Council over its proposals to send humanitarian aid to Syria. In a new report, the United Nations wrote about Russia’s war crimes in Idlib. So Putin somewhat dusted off the Astana format, a tool that has in the past offered an array of benefits to Russia. A virtual meeting between the Turkish, Iranian, and Russian leaders took place on July 1, a day after international donors had pledged a total of $7.7 billion to support Syrian refugees and host countries at an EU-UN joint conference. Also, Russian President Vladimir Putin told his counterparts from Turkey and Iran that there was a need for peaceful dialogue between the opposing forces in Syria’s civil war. Hot spots of terrorism still remain in Syria’s Idlib and other regions, he added. Moscow officials suggested that an inclusive inter-Syrian dialogue be promoted within the framework of the constitutional committee in Geneva. In a three-way joint statement, Russia, Turkey, and Iran said there is no military solution to the Syrian war that should find its settlement in a political process. In a video conference, Iran added it is out of the question to curb its involvement in Syria. “I emphasize that the fight against terrorism will continue until it is completely eradicated in Syria and the region in general,” Iranian President Hassan Rouhani said in a live broadcast. Yet the Turkish leader said Turkey’s “fundamental priorities are to safeguard Syria’s political unity and territorial integrity.” This irked officials in Washington. U.S. Special Representative for Syria James F. Jeffrey said trilateral talks between Russia, Turkey, and Iran are what he labeled a patent attempt by the Russians and the Iranians to seize the initiative from the United Nations. Washington put it shortly: no cooperation under the Astana process.