Lukoil’s investments in exploratory and production works in Mexico have started to bear fruits. Located in Block 10, the Saasken exploration area is believed to contain substantial oil deposits. The area is held jointly by Italy’s Eni, Britain’s Capricorn, and Russia’s Lukoil. This is yet another Mexico-based drilling project that attracted the Russian energy major. Vagit Alekperov, CEO of Lukoil, said at the Davos economic summit that his firm considered Western Africa and the Gulf of Mexico critical for its further advancements. 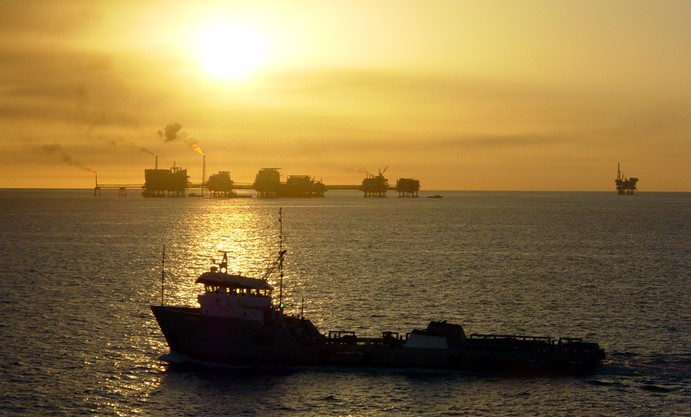 The drilling was made about in the waters of the Gulf of Mexico, some 65 kilometers off the Mexican coast. The new find is believed to contain about 300 million barrels of oil. With its high-quality crude, the field could hold a production capacity of more than 10,000 barrels per day. Russia’s Lukoil has been in the project since November 2018. The Block 10 joint venture is composed of ENI, which is the operator with a 65 percent stake, Russia’s Lukoil with a 20 percent stake, and UK’s Capricorn with a 15 percent stake.

Lukoil first left its footprint in Mexico back in July 2015 when it entered the Amatitlan block development project. In June 2017, the oil major made the winning bid for Block 12, earlier put up for auction. Nonetheless, Lukoil’s energy expansion in Mexico gained momentum only after it had entered into closer cooperation with the Italy-based oil company Eni. Block 10 is only one of Lukoil’s numerous oil projects across Mexico, some of which Alekperov’s firm develops on its own while cooperating with Italy’s Eni in the others. The Russian oil firm is drilling its Otomi-Oeste well laying in Block 12. Lukoil is planning to spend roughly $70 million on the project. In 2018, the Russian oil company and Eni signed an agreement on the mutual exchange of participation interests in Blocks 10, 12, and 14 on the Mexican shelf. The drilling wells are located in the Sureste Basin that might contain large amounts of hydrocarbons. Lukoil assigned a 40 percent stake in Block 12 to Eni while remaining a project operator with a 60 percent interest. In turn, Eni conferred a 20 percent share in Block 10, and 20 percent in Block 14 to Lukoil yet decided to serve as the operator for both projects. In May 2019, the Eni-Lukoil plan to explore the Mexican shelf got approval from the National Hydrocarbons Commission of Mexico. The Italy-Russia consortium is set to incur an expenditure of $142.4 million in a five-year period in the baseline scenario. Alternatively, extra drilling activities may be carried out, whose total cost could amount to as much as $226.5 million. Earlier, in March 2018, both companies won rights to Block 28. The Italian company was awarded a 75 percent stake and became the operator while Lukoil received the remaining 25 percent interest. The Italian oil major acts as the operator too. Block 28 is located on the continental shelf of the Gulf of Mexico, at a water depth of 20 to 500 meters.