On February 9, military branches of the Kurdish-Arab SDF alliance, backed by the U.S.-led international coalition, launched an armed offensive against ISIS’s last remaining stronghold east of the Euphrates River. This means that Turkey and Russian and Iranian-backed al-Assad’s regime need to refrain from initiating armed operations against Kurds and the rebel-held Idlib province respectively. Ankara and Moscow have continued to hold bilateral talks on regulating the situation in northern Syria after Washington decided to pull out of the country. 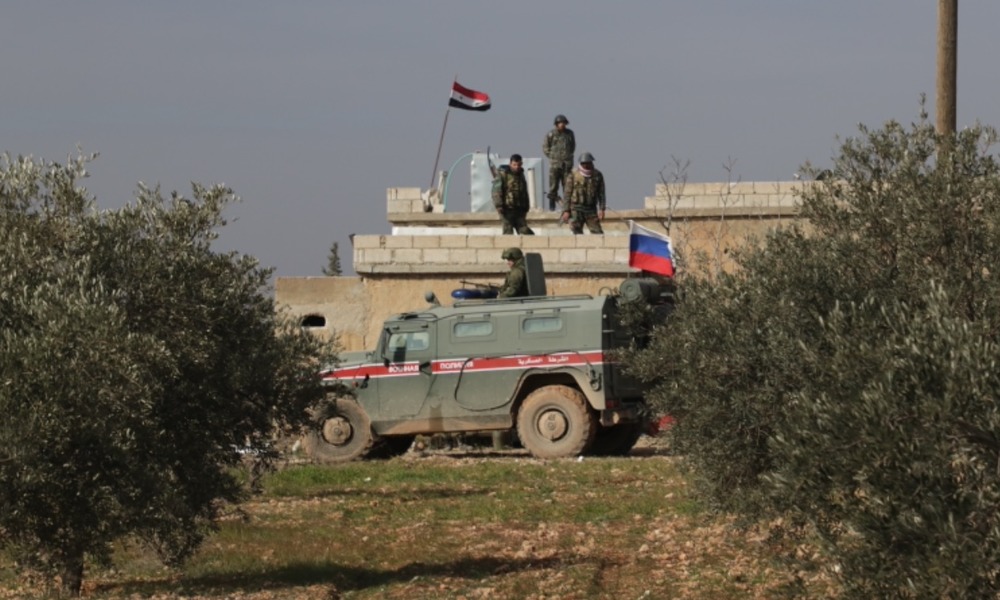 The massive influx of refugees from other rebel-controlled enclaves changed proportions within a group of the fighters in the Idlib region. Earlier the region had been kept by moderate Free Syrian Army and Turkey-loyal Islamist fighter while it is now occupied by a jihadist group from Hayat Tahrir al-Sham (HTS), previously known as al-Nusra Front. The HTS managed to gather almost all Syrian-based Al-Qaida groups under its banner, which emerged as a handy excuse for both al-Assad and the Kremlin to take over the rebellion’s last stronghold. In September 2018, Ankara voiced its harsh criticism over the issue. Russian President Vladimir Putin and his Turkish counterpart Recep Tayyip Erdogan agreed to set up a demilitarized zone as a buffer between the Syrian army and the separatists at a bilateral summit in the Black Sea resort of Sochi on September 17. The 15-25 km zone would protect the Idlib province against al-Assad’s military aggression while keeping Islamist fighters inside the zone. Nonetheless, radicals have recently seized control over the province’s territory, which popped up as a convenient excuse for both Moscow and the al-Assad government to mount an offensive that had been suspended in autumn 2018. Russia holds an interest in destroying the rebel-held province as among its forces are 900 Russian-speaking Islamic fighters, mainly from Chechnya, Uzbekistan and Kyrgyzstan as their return to their countries is worrisome for Moscow.

Nevertheless, attacking the Idlib province without Turkey’s consent will act to the detriment of the ever-closer ties between Ankara and Moscow. Interestingly, the latter has the intention to persuade Turkey to withdraw from the North Atlantic Alliance. In addition, the Turks keep defending the truce in the Idlib region as they are afraid of Syrian Kurds who seem to have entered in cooperation with the government in Damascus. A Turkish delegation, featuring Foreign Minister Mevlut Cavusoglu, Defense Minister Hulusi Aka and National Intelligence Organization Chief Hakan Fidan, recently paid a visit to Moscow. The Kremlin voiced its dissatisfaction over seizing power in the Idlib province by jihadist forces while the Turkish top officials flew particular attention to the threat posed by the Syrian Kurds. Following the U.S. withdrawal from the country, they are likely to reach an agreement with al-Assad, thus putting Turkey’s southern border at risk. No formals details were detailed after the talks in Moscow; it was announced that both sides agreed to pursue further actions under the 1998 Adana agreement with Syria, in accordance to which Syria is obliged to prevent any activities from being carried out on its territory that would bolster the PKK-related Kurdish military branches. It is noteworthy that Turkey regards the YPG as the Syrian arm of the PKK. Undoubtedly, this emerged as a temporary solution that did not satisfy any of the parties concerned: Ankara claims that Kurds are still strong and armed, Moscow is afraid of Islamists’ ever-growing influence in the Idlib province while Damascus cannot seize power in the region and reaching an agreement with the Kurdish-led SDF forces might be badly received.