The Future of Gas Transit in the Shadow of the Elections

The recent, second round of talks between Russia, Ukraine and the European Commission about the Russian gas transit through Ukraine after 2019 ended up with failure again. It is not surprising as Moscow is obviously playing for time. Firstly, it is waiting for the results of elections in Ukraine. Secondly, the closer the end of the year, the worse the negotiation position of Kiev is. What is more, the result of talks may be also influenced by the elections in…Slovakia. 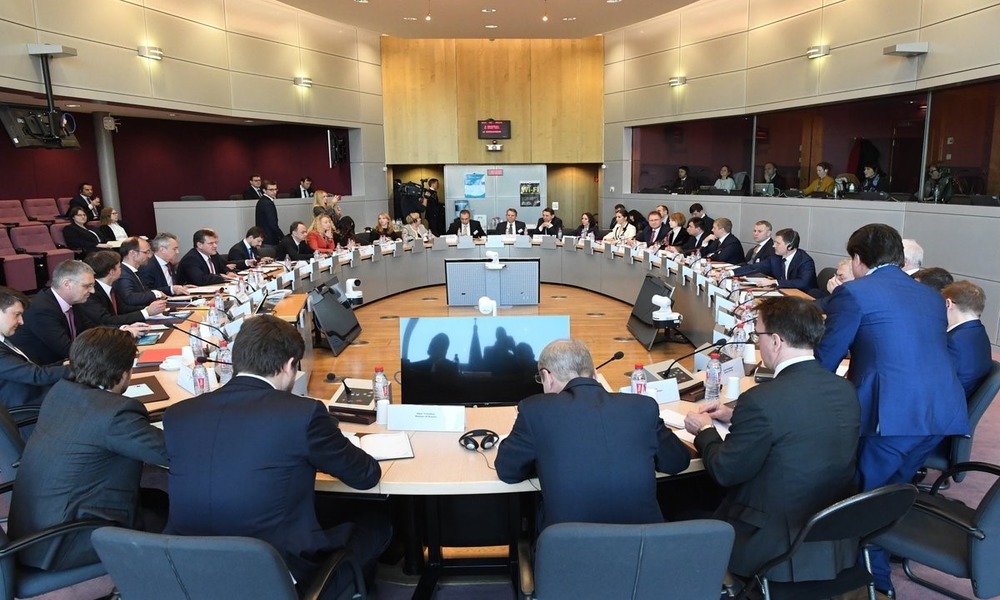 The contract on the Russian gas transit through Ukraine to the EU and Moldova is about to expire with the end of 2019. Russia has repeated many times that it was not interested in sustaining the current level of transit, especially considering the fact that according to the original plans, the construction of Nord Stream 2 and Turk Stream projects are to be finished until the end of 2019. In this way, Moscow will be able to achieve its strategic aim which is bypassing Ukraine in gas transport to Europe.

At the end of January, talks conducted by the European Commission – as a mediator – with Russia and Ukraine about the Russian gas transit through Ukraine took place in Brussels. Just as the previous round of negotiations in this form – in July 2018 – negotiations did not bring about any effect. Minister of Foreign Affairs of Ukraine Pavlo Klimkin, Minister of Energy of Russia Alexander Novak, CEOs of Russian Gazprom and Ukrainian Naftohaz and Vice-President of the European Commission Maroš Šefčovič participated in the negotiations. Maroš Šefčovič introduced the parties to the proposal of a new gas treaty. Details have not been disclosed, but on the basis of the participants’ statements and known stances of Moscow, Kiev and Brussels one can assume that the European Commission’s proposal may provide for a defined volume of transit (probably at least 60 billion cubic metres a year), the contract duration of at least 10 years and introduction of the EU legislation concerning gas market to Ukraine. This all aims to make the Ukrainian transit system commercially attractive to the European concerns (the system would be managed by a consortium with western entities). Such a solution would be satisfying for Ukraine, but obviously, for now, Russia says “no”. The dispute concerns e.g. the form of the transit tariff calculation. Kiev and Brussels want the EU method to replace the current one, which is very complicated and takes e.g. the Russian gas price bought by Ukraine into account. Kiev also repeats that the transit of less than 40 billion cubic metres is totally uneconomic. But Russians are still officially talking about at most 15 billion cubic metres.

The next tripartite ministerial meeting is scheduled for May, which is after the presidential elections in Ukraine. Ukrainians wanted to meet in March, but Russians refused and pushed for a later date. Moscow would prefer to extend the current contract from 2009 which is very favourable to Gazprom. In fact, it is already decided that some form of contract will be made. Vladimir Putin’s words confirm that. Four days before negotiations in Brussels, President of Russia declared that the continuation of gas transit through Ukraine was possible even after the full activation of four lines of Nord Stream as well as Turk Stream. What is the reason of such a declaration? Moscow accepted the fact that the activation of Nord Stream 2 would be delayed by even a year. In 2020, with still unfinished Nord Stream, Russia will have to transit through Ukraine at least 52 billion cubic metres of gas or even more in the case of severe winter in Europe. The situation may be complicated by yet another political factor. A week before the first round of elections in Ukraine, the first round of elections in Slovakia is to take place. Šefčovič is one of the candidates. Therefore, it may turn out that in May, the tripartite talks will be held by a new official from the European Commission.