Medvedchuk at Gunpoint. Russia in the Electoral Campaign

A notation in the constitution about the pursuit to enter the EU and NATO, a ban on observing elections in Ukraine by Russia, and, finally, a proceeding against the main advocate of the Kremlin’s interest in Kiev. There is no doubt that this all has its electoral context as well. All the mentioned activities are for sure good for the interest of Ukraine. But they additionally favour the president, as it is Petro Poroshenko who based his electoral programme on the confrontation with Russia and the dominance of the Russian matter in the presidential campaign would be the most favourable to him. 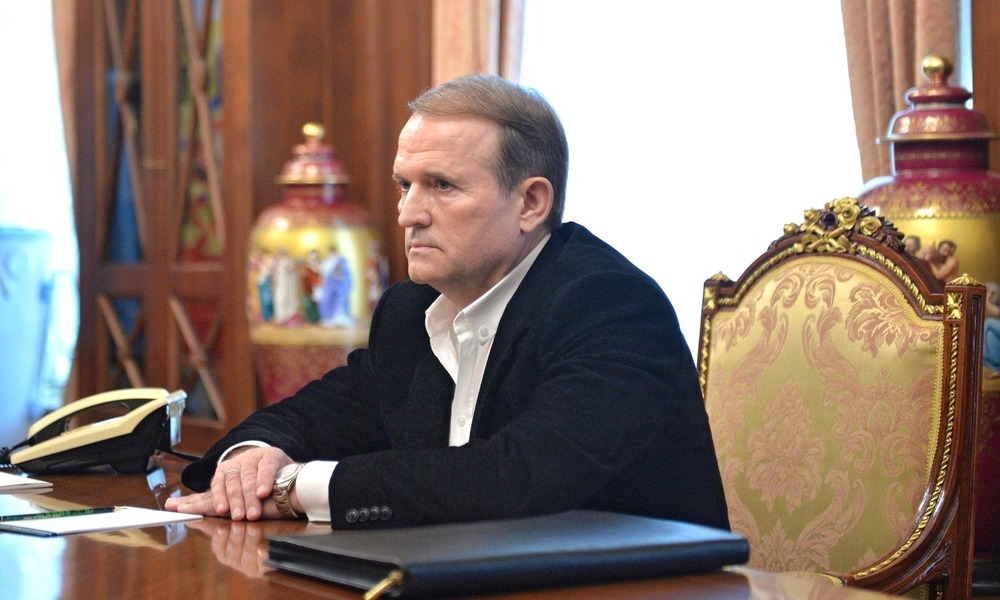 Especially interesting is the story of Viktor Medvedchuk. 64-year-old Medvedchuk served as chief of the presidential administration of Leonid Kuchma. Vladimir Putin is a godfather of Medvedchuk’s daughter. In 2014, Medvedchuk was included in American sanctions as being one of the people responsible for military intervention of Russia in the Crimea and referendum on the annexation of the peninsula to the Russian Federation. Currently, Medvedchuk is considered in Ukraine as the main lobbyist of the Kremlin’s interest. This fact was not a problem for current authorities in Kiev to use his services. Medvedchuk participated e.g. in talks about the exchange of captives from the conflict between pro-Russian separatists and authorities in Donbas in eastern Ukraine.

Medvedchuk has become politically active due to the upcoming elections. At the end of July 2018, he accepted the invitation of Vadim Rabinovich’s “For life” party. In November 2018, Rabinovich joined forces with part of the Opposition Bloc connected with the so-called “gas clan”. Rabinovich and his party started exerting pressure on the unification of pro-Russian forces just after joining Medvedchuk’s grouping. Yuriy Boyko is their real candidate in the presidential elections. It was during the recent meeting of the leadership of the “Opposition Platform – For Life” in Kiev when Medvedchuk announced that an autonomous region with its own parliament and government should be established in Donbas. The status of this region should be included in the Ukrainian constitution. Office of the Prosecutor General of Ukraine opened proceedings against Medvedchuk. According to the Prosecutor’s Office, his words can be considered as crime regarding the violation of territorial integrity of Ukraine (Art. 111, part 1 of the penal code) and high treason (Art. 110, part 1 of the penal code). Medvedchuk announced that the case against him was “ridiculous and totally illegitimate”, and that authorities were dealing with their political opponents by introducing repressions against unwelcome people.

Medvedchuk has been tolerated only until recently. Earlier, he was even allowed to participate in cases such as Minsk negotiations or exchange of captives, because he was the only direct channel of communication with the Kremlin. However, during the year of two key electoral campaigns, this politician is becoming a rising threat, also due to his influences in the media. His words, which are dealt with by the Prosecutor’s Office, fit into the Kremlin’s strategy which aims at legalisation of separatists in Donbas by accepting the region’s autonomy by Kiev. Then, the Moscow camp in Ukraine would gain a significant influence on the politics of the whole country. Struggle with such views in the electoral campaign is within the Ukrainian security interest. At the same time it favours Poroshenko who is leading a campaign based on defending the state from Russia. After the conviction of Yanukovych, Medvedchuk’s case will enhance the president’s chances. Just as charges against him at the recent conference hosted by the overthrown president.