All signs are that security-related issues, including those pertaining to the country’s military, are poised to witness ever-tightening cooperation between Russia and Belarus, prompting a decay in the latter’s sovereignty. Since Alexander Lukashenko is not keen to make concessions on anything referring to politics, economy, and the country’s political system, the military remains the sole option on the table. It is no coincidence that Russian Foreign Minister Sergei Shoigu flew to Minsk roughly two days after Lukashenko’s meeting with Putin in Sochi. Soon after much was said about Russia’s expanding its military presence in Belarus. Though there are no reports on permanent military bases to be installed anytime soon, intensified joint drills and their bigger-than-ever scale is in fact tantamount to Russia’s fixed rotating military presence on Belarusian soil. Officials in Moscow and Minsk announced continuous monthly exercise in what could be the outcome of the Lukashenko-Putin talks in Sochi, and then Shoigu’s trip to Minsk. 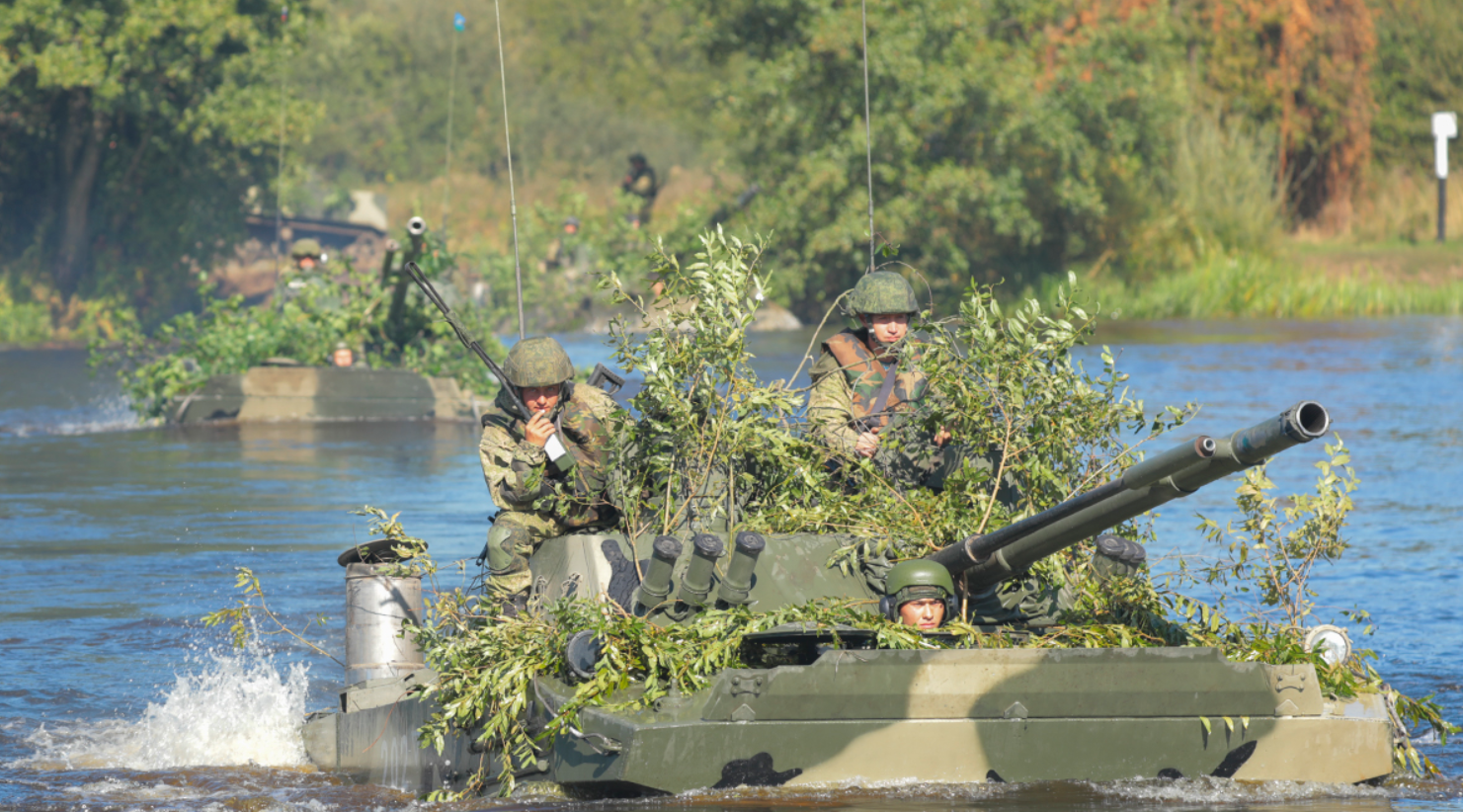 The Belarusian Foreign Ministry said on Monday that a group of 1,000 Russian servicemen would be sent to Belarus for Slavic Brotherhood’s second stage (September 22–25). As a whole, the second part is set to attract far more troops than in the first part, as agreed on long before. A group of 6,000 troops was drawn to the military drills, alongside some 500 units of military equipment, with roughly 1,000 servicemen and 100 pieces of hardware dispatched from Russia. Not only were the drills extended in time, but also their whole scale rose dramatically. What both Russia and Belarus was of course that these were just defense drills aimed at “developing a set of actions accordingly to any deals between Russia and Belarus and deepening integration process to strengthen the Union State and its defense capabilities.” It was believed to employ 800 people and 170 pieces of military hardware, with Belarus preparing some 500 troops and some 100 units of military equipment as well as 300 servicemen from Russia along with 70 pieces of military hardware. Moreover, Russia would have mobilized paratroopers from its Pskov division to Belarus for the joint drills. Also, Moscow deployed a battalion tactical group from the Tula-based 106th Guards Airborne Division to Belarus. The second stage will involve troops from Russia’s Western Operational Command, special forces, air and anti-aircraft defense troops, missile and artillery brigades from Belarus, and airborne detachments from Russia.