Russian Treason in Syria. A Bloody Epilogue in Idlib?

The conquest of the Idlib province is expected to put an end to the war between Syrian President Bashar al-Assad and the anti-regime rebellion. After the battle, there will be only some remnants of the Islamic State as well as the Kurdish-controlled zone. The military offensive against the last rebel-held enclave may take place quite soon; nonetheless, the diplomatic games around the Idlib province have come to the fore only recently. Russian diplomats are currently using their best efforts to prevent any potential conflict between Ankara and Damascus. 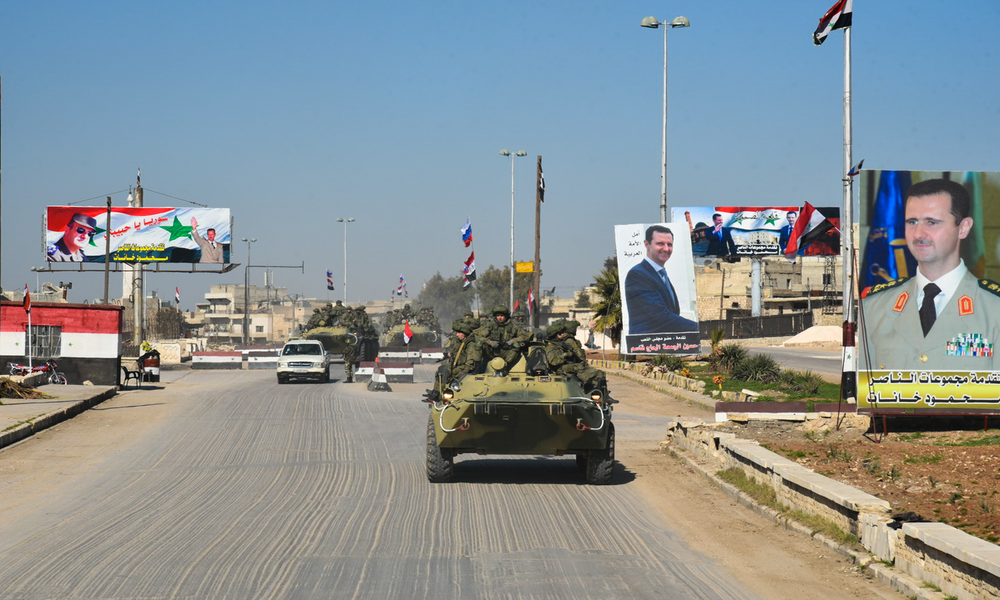 According to Syrian military sources, some groups of Russian spetsnaz as well as technical personnel in charge of combat aircraft have already arrived to the Abu Duhur airport. The base, located in the south of the Idlib province, has already been entered by the Syrian government army. The military barracks are to be used during the offensive against the region. The operation is expected to take place with participation of the Russians as well as the al-Assad army. Interestingly, Iran and Hezbollah will be excluded from the undertaking. Syrian President Bashar al-Assad is currently forming the main stake group in northwestern Hama, a province located just next to Idlib. It was possible to deploy almost all military units that had previously participated in battles in southern Syria. Rebel commanders are afraid that the offensive might start in mid-September – by this time, the agreement on the de-escalation zones will have already expired.

On August 9, Syria’s government army conducted a missile attack on the city of Jish ash-Shugur, controlled by the Hay’at Tahrir al-Sham (HTS) jihadist group. Also the air raids over the city have recently intensified. Thus, al-Assad has been pursuing the same strategy he had previously used in the provinces of Homs, Aleppo, Deraa or in Eastern Ghouta. First, his forces held a long-term campaign with the aim of terrorising civilians with potential raids being carried out on school and hospitals so as to weaken public support for rebel forces. Then, supported by the Russian air force, they conducted a mass-scale land offensive. As a result, the government army would force the rebels to surrender as well as to sign a coerced agreement of the evacuation of militants and part of civilians. A great majority of displaced people arrived to Idlib much earlier. To make matters worse, they have nowhere to flee, unless they cross the border and escape to neighboring Turkey. In case of any attack on Idlib, it is very likely that huge masses of the inhabitants would leave their hitherto place of residence. Turkey is already home to 3.5 millions Syrians; thus, it does not come as surprise that the country’s authorities hope to make them return to their homeland as such a large number of refugees seems to be a burden, also from financial point of view as well as due to the current recession caused by the U.S. economic restrictions.

And the crisis in relations with Washington weakens Ankara’s position in talks with Moscow. Turkey claims that Idlib constitutes a key province for its security interest and at the same time it warns Russia to negotiate with al-Assad in order to avoid direct confrontation. During peace talks held in Astana, Russia, Turkey and Iran became guarantors of the “de-escalation zones in northwest Syria”. Any potential attack by the forces of President al-Assad would mean violating the agreement. It would also weaken Turkish positions in the Afrin province that remains in the Kurdish zone of influence. Ankara fears that Damascus and the Kurdish-majority SDF would possibly join forces during the Idlib offensive.

Currently, representatives of both al-Assad regime as well as the SDF, who control a large part of northern Syria, are actively involved in talks. However, the Syrian Democratic Forces (SDF) has denied any reports that it had been preparing to take part in the planned offensive. And Al-Assad is not likely to seek any help from the Kurds; such step would additionally deteriorate diplomatic relations between Syria and Turkey. The Russians perceived a potential attack on the Idlib province in terms of the increased risk of an armed conflict between Turkey and Syria. Thus, Moscow hopes to persuade Ankara to agree to a limited Syrian offensive and to occupy only the southern part of the region. Any confrontation in Idlib would constitute a threat to Russia’s policy of manoeuvring between the contradictory interests of Damascus and Ankara.

Such state of matters seems to explain boosted activity of Russian diplomats in recent weeks. However, it seems that Moscow seeks to convince the Turks to make some concessions; moreover, nothing indicates that there is any pressure exerted on al-Assad to make him not attack the Idlib province. The Russians have to act cautiously towards its ally and remember that Iran constitutes another important player in the game. Syrian dictator is additionally backed by an unofficial rivalry between Moscow and Tehran to get the strongest possible position in Damascus. To sum up, sides to the conflict may conclude a deal while Turkey will give the southern part of Idlib back in order to avoid the massacre of civilians as well as a direct clash with al-Assad.