Russian in Estonian Uniform: Once Decorated, Now Suspected of Treason

The Estonian Internal Security Service (Estonian: Kaitsepolitsei, KAPO for short) announced that it has detained its former officer suspected of spying for Russia. The man is a Russian who used to serve in the police and KAPO after Estonia regained its independence. He was once a highly-regarded officer who decided to leave the service in 2012. It seems very likely that shortly afterwards he was recruited by Russia’s intelligence agency. 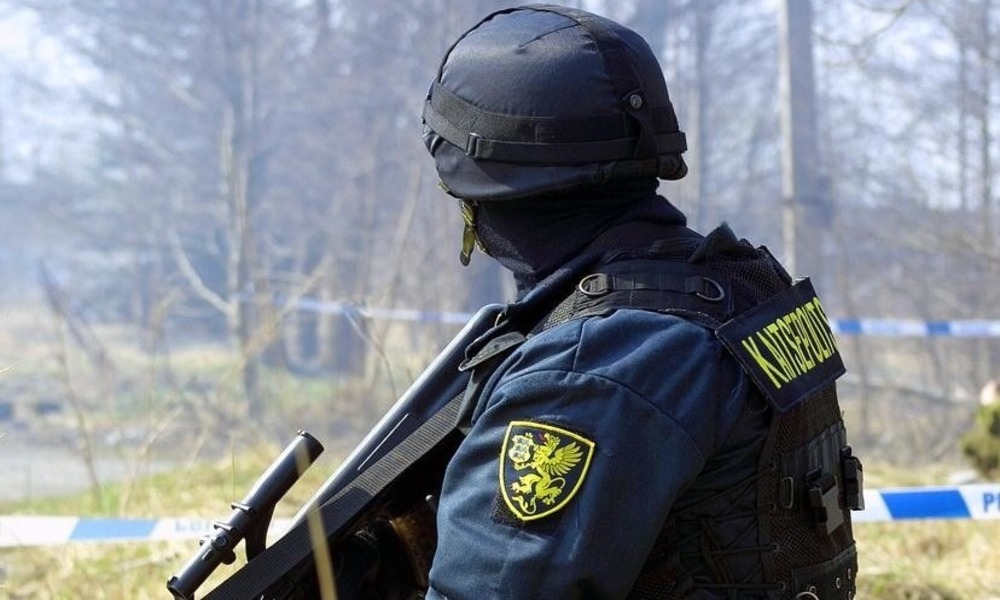 On April 12, the Director General of KAPO reported that Vladimir Kulikov, a former officer of Estonia’s special service Kaitsepolitsei, was detained and accused of cooperating with Russia’s intelligence agency. Arnold Sinisalu said that Kulikov had actually been detained on March 26. The case is still under investigation and it may soon turn out that the activity of the Russian poses a major threat to Estonia’s national security.

Kulikov graduated from a military technical college in Tallinn during the Soviet era. He trained sambo, a Soviet martial art and combat sport. In the early 1990s, having obtained the rank of lieutenant, he joined a special police unit known as K-Komando. Kulikov was de facto one of its founders. A few years later, in 1993, he even became its head. The author behind the idea of creating such a unit, Henn Kask recruited young people to K-Komando after they had passed a special training; several Russians, including Kulikov, who did not speak Estonian very well were among the recruits. In the mid-1990s, KAPO created its own special unit which had trained together with K-Komando. As a result, in 1994, Kulikov had no problem transferring to KAPO. He was an excellent officer who risked his own life in numerous operations against organised crime. In 1995, he was named the officer of the year. In 1998, President of Estonia Lennart Meri awarded him a silver medal of the Order of the Cross of the Eagle. Then, Kulikov became the head of a KAPO unit operating near the Narva River, which forms the borders of Estonia and Russia. It was then when his name appeared in the Russian press. The Vedomosti (a Russian daily newspaper) not only accused Kulikov of having close ties with a Ukrainian brothel madam based in Saint Petersburg, but it also accused him of planning to open a brothel in that city under the “protection” of KAPO.

Even in the late 2000s, the Russian has never learnt how to speak Estonian well enough. Due to language requirements, he had to leave KAPO. In fact, he was dismissed. He then appealed against the decision in court and won the case. However, when his contract expired in 2012, he had to leave KAPO for good, after 18 years of service. He then became a sambo and judo trainer. In November 2017, his female protégé won a bronze medal at the World Sambo Championships in Sochi. Kulikov often travelled to Russia for tournaments; even though KAPO warned him many times that it was extremely risky. It is highly probable that he was recruited during one of those trips. He knew a lot about Estonian force structures. Although at that time he was no longer an active-duty officer, the knowledge turned out to be very useful for Moscow. This is yet another case of a treasonous Russian who once served in Estonia’s force structures. Earlier this year, Deniss Metsavas, a former officer of the Estonian military, was captured and convicted of cooperating with the GRU (Russia’s main military intelligence agency). Despite his Russian background, he also used to be perceived as the example of a true Estonian patriot.