Although it has been over a month since parliamentary elections were held in Estonia, a new government still has not been formed. Contrary to earlier expectations, the two largest parties in the new Riigikogu (Parliament of Estonia) have not reached an agreement. What is more, it seems very likely that the victorious Reform Party will end up in the opposition. To the surprise of many, the Eurosceptic Conservative People’s Party of Estonia (EKRE), which is often viewed as a populist and nationalist party, is getting closer to being part of the new government. 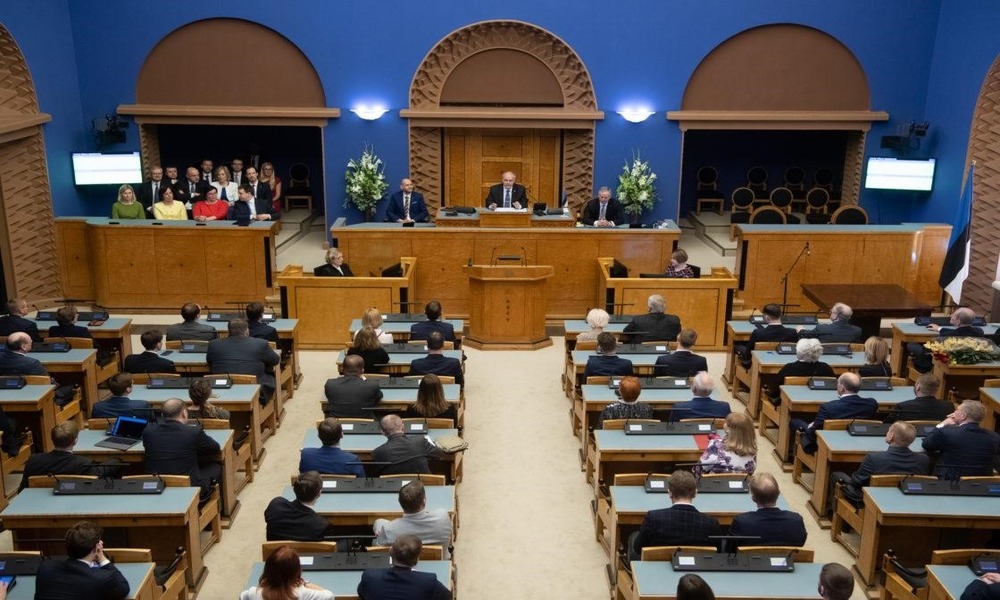 The liberal Reform Party (Estonian: Reformierakond, ERE) won the parliamentary elections in Estonia. The party has currently 34 seats in the new parliament. In order to form a coalition, the Reform Party first turned to the centre-left Centre Party (Estonian: Keskerakond, EKK), which won 26 seats in the elections and whose leader Jüri Ratas has been Estonia’s Prime Minister until recently. However, no agreement was reached. It is officially said that certain programme differences concerning taxes and policy towards the Russian-speaking minority were the reasons for such an outcome. It is also known, however, that Ratas’ personal animosities as well as his ambitions, which can be connected with the fact that he simply cannot accept losing the position of the prime minister, played a major part in the negotiations. The next step of Kaja Kallas, the head of the Reform Party, was to turn to the current centre coalition members, that is, to the Social Democrats from the SDE (10 seats) and right-wing Isamaa (12 seats). However, it was Keskerakond that took the initiative and reached out to Isamaa and EKRE (19 seats) in order to form a majority coalition. At first, many political commentators believed that it was just a strategic decision made by Keskerakond and, even more so, by Isamaa, as well as an element of strengthening their negotiation positions against the Reform Party.

However, when on April 4 the newly-elected parliament met for the first time, it turned out that the coalition between the Centre Party, Isamaa and criticised for populism EKRE seems quite real. To illustrate, Henn Põlluaas, a member of the Conservative People’s Party of Estonia, was elected as the speaker of the Riigikogu. He received 55 votes in the 101-member parliament. The three above-mentioned political factions together have a total of 57 seats. Following the procedure, the current Prime Minister, Jüri Ratas has resigned from office. However, until a new government is formed, the current ministers are, in practice, required to perform their duties. The next day, Estonia’s President Kersti Kaljulaid entrusted the task of forming the new government to the leader of the winning party. Kaja Kallas has two weeks to form a new cabinet and to seek support in the parliament. Already on April 5, Kallas met with representatives of the SDE and announced that she would present her cabinet composition proposal to the parliament on April 15.

The liberals together with the Social Democrats have 44 seats in the parliament. To reach a majority, they need seven more seats. Therefore, the Reformierakond and SDE alliance has two options: they can either persuade one more party to join them or try to form a minority government. As far as the first option is concerned, only Isamaa (12 seats) seems to be a suitable candidate for further talks, implying that such a coalition would ensure a secure majority of 56 MPs. Even at the beginning, the Reform Party did not manage to come to an agreement with the Centre Party. It also seems that a coalition between Reformierakond and EKRE is entirely excluded. As regards the second option, the Reform Party and the SDE would need seven more votes. And they are looking for them among those members of Keskerakond and Isamaa who are against an alliance with EKRE. One such candidate has already been found. On April 5, Raimond Kaljulaid left Keskerakond, thus becoming an independent MP.

If Kallas fails to form a cabinet, the president will pass the task on to Ratas. On April 6, the Centre Party, EKRE and Isamaa signed an unofficial preliminary coalition agreement and presented the composition of a potential cabinet with the current Prime Minister Jüri Ratas as its head. The coalition plan includes some strict migration policy rules proposed by EKRE. The parties also divided ministerial portfolios among each other. For example, EKRE would be entrusted with the Ministries of Finance and the Interior, the Centre Party (with its leader being the prime minister) would take over the Ministries of Economic Affairs and Infrastructure, and last but not least, Isamaa would be responsible for the Ministries of Defence and Foreign Affairs. As the so-called “Coalition of the Three”, they currently have a total of 56 seats in the parliament. Nonetheless, there is still a risk that a few more MPs from Keskerakond and Isamaa will leave their parties. Such a coalition is indeed strongly criticised largely due to that fact that EKRE would be placed in the position of power. It should be noted that although the three parties can relatively easily find some common ground on economic matters, the coalition looks quite exotic as far as foreign and domestic policies are concerned. One should also keep in mind that while Isamaa and EKRE are known for their cold approach towards Russia, Keskerakond is largely supported by the Russian-speaking minority.