Although a several month-long anti-corruption investigation in Latvia’s capital city has not yet come to an end, the Mayor of Riga has already fallen victim to the enquiry. The decision to dismiss Nils Ušakovs from office was made by the Minister for Environmental Protection and Regional Development of Latvia, who is granted such a power by law. Ušakovs, the most popular politician of the Harmony Party, which is the largest opposition party in Latvia, claims that he is innocent and maintains that his dismissal is politically-motivated. While the recently-formed government is evidently centre-right, Harmony represents principally the interests of the Russian-speaking minority in Latvia. 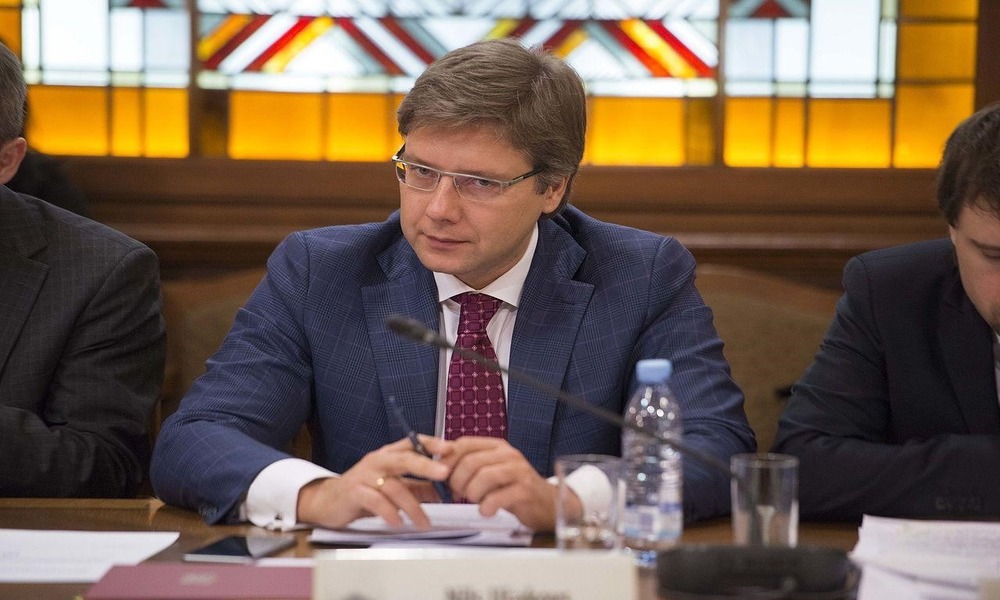 Nils Ušakovs was dismissed from the office of the Mayor of Riga at the beginning of April. It was surely a blow for the Harmony Party (Latvian: Saskaņa), though it seems that it was rather its public image that was the most affected by it. After all, it appears that the party which is heavily depended on the votes provided by Latvian Russians will not have much difficulty in keeping power in the capital. Being the Mayor of Riga is one of the most politically important positions in Latvia. In any event, Saskaņa together with its coalition partner hold a majority of seats in the Riga City Council, which simply means that it will be the party itself which will eventually appoint Ušakovs’ successor (at the moment Ušakovs’ duties are being carried out by his deputy). Meanwhile, it seems as if Ušakovs himself is in no danger of facing criminal charges. As it turns out, he is not being accused of committing a crime or taking a bribe, but of the improper performance of his official duties.

It all boils down to the issue of setting up tenders for buses and trolleybuses in Riga. The entire case began in autumn 2018 when the Central Anticorruption Bureau (CBA), the Polish government agency, detained two representatives of the Solaris Bus & Coach company in Poland. According to the CBA findings, a bribe of 800,000 euros was supposed to be sent to Riga for setting up tenders for public transport vehicles in the years 2013-2016. The bribe was to be taken by “unnamed representatives of the Riga City Council”. Apart from the Polish bus company, a company from the Czech Republic is also said to be involved in the case. The total sum of bribes is said to amount to 13 million euros. At the end of 2018, four people were detained in Latvia in connection with the case, including the head of Rīgas Satiksme, Riga’s public transport company, who was responsible for arranging the tenders. While the Riga City Council is the main shareholder of the above-mentioned company, the Mayor of Riga is the representative of the company’s owner.

In January 2019, officers of the Latvian Corruption Prevention and Combating Bureau (KNAB) searched the house and office of Ušakovs. In the same month, a new government was created. Although Ušakovs’ party (Harmony) won the October elections, it was centre-right parties that formed a coalition government. New government members immediately demanded to see a report examining to what extent Ušakovs is responsible for the scandal in Rīgas Satiksme. The opposition tried twice to pass a vote of no confidence for the Mayor of Riga; nonetheless, they failed twice. The majority of seats in the Riga City Council is, in fact, held by Harmony and its coalition partner, the party known as “Honour to Serve Riga!”. Ušakovs knew, however, that this was not the end. That is why, at the end of February he announced that he would take part in the 2019 European Parliament elections. If he wins, he will have to resign as Riga’s Mayor. It is almost certain that he will win, because he is placed on the first position on a list of the most popular party in the country. The on-going case can only make him more popular among Latvian Russians.

However, the government was not going to wait until the end of May. For the first time ever, special powers of one of the ministers were used. The Minister for Environmental Protection and Regional Development has now the power to control the work of chairmen of local governments and has the right to dismiss them if, according to him, they do not fulfil their duties properly. In March, Minister Juris Pūce sent Ušakovs a list of 12 questions concerning his alleged violations as the Mayor of Riga. Pūce considered Ušakovs’ explanations to be insufficient and decided to remove him from office basing his judgement on Article 93 of the Law on Local Governments. According to Minister Pūce, Ušakovs had accepted purchase agreements, including those which were involved in bribery.

Ušakovs rejects the accusations. He claims that he has made some mistakes, but not such that would make him resign from office. Ušakovs called the decision of his dismissal illegal and politically-motivated, and announced that he would appeal against the decision in court (he has 30 days to do so). Ušakovs has been the Mayor of Riga for almost 10 years (since July 2009). He is the co-founder of the Harmony Party, for which the Russian-speaking population in Latvia traditionally votes for. At present, the duties of the Mayor of Riga are being fulfilled by another politician from the same party, Oleg Burov. Ušakovs himself still remains a member of the Riga City Council.