In just a week, four Russian regions saw changes in leadership. Ivan Belozertsev, the governor of the Penza region, was arrested while three others resigned following a phone call from the Kremlin in which they were hinted to do so. It is just the prelude to more reshuffles among regional heads ahead of the State Duma election in September this year. The departures come as the Kremlin gears up for this fall’s key regional and State Duma vote, where it seeks to maintain a majority for the ruling, pro-Putin United Russia party. So far it was Sergei Shoigu who has gained the most as the three new heads of the regions are his protégés. 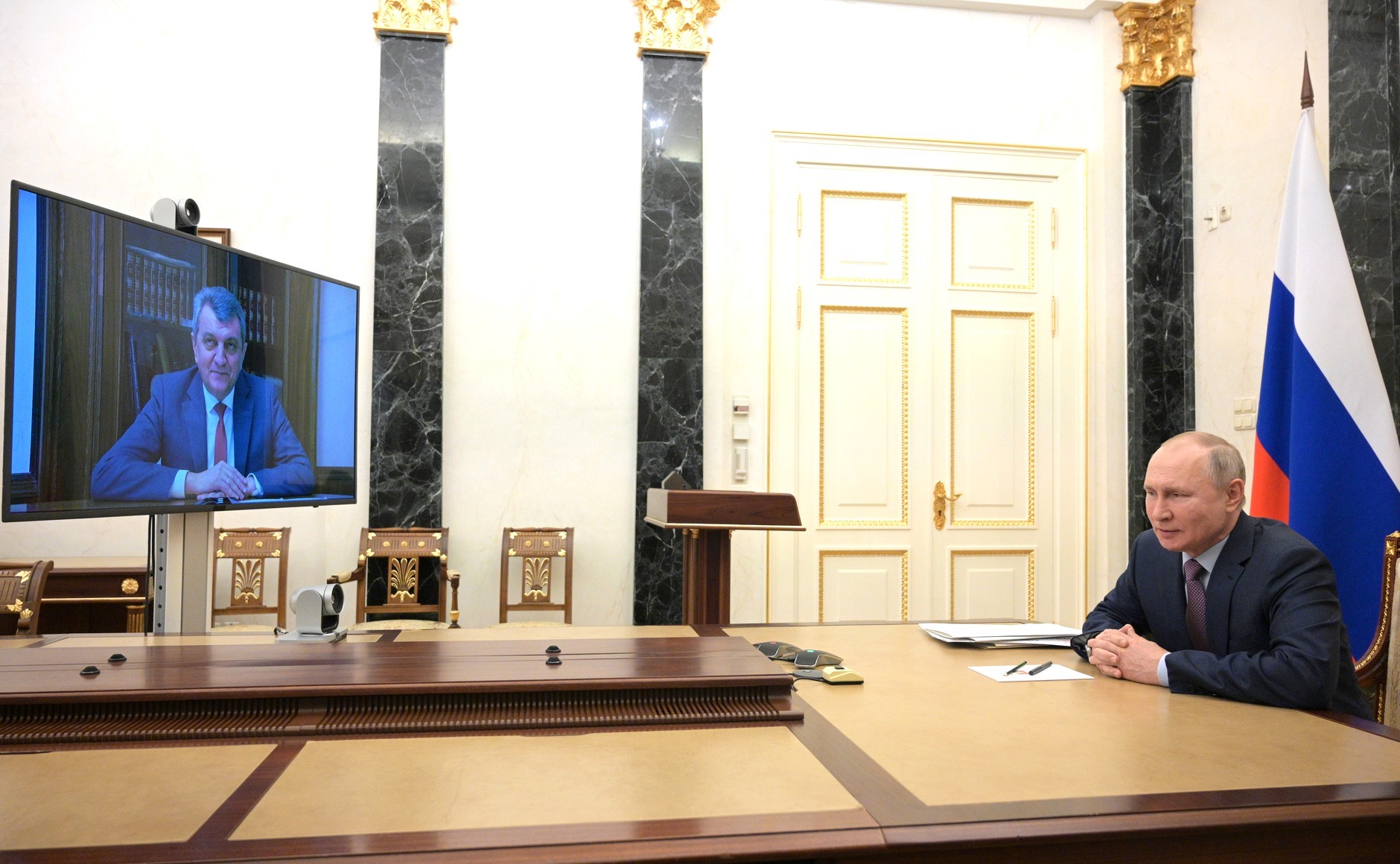 One of them is Sergey Menyaylo whom Vladimir Putin nominated as the new acting governor of North Ossetia after Vyacheslav Bitarov had left his post. The parliament of North Ossetia will elect a new governor on September 19. Menyaylo comes from North Ossetia and is half-Ossetian. A former military serviceman and vice-admiral, he served as deputy commander of the Black Sea Fleet from 2009 to 2011. In August 2008, he took an active part in the navy operation in the Russia-Georgia war. He returned to North Ossetia’s political life as in April 2010 he was shortlisted among other candidates for a new leader but lost to Taymuraz Mamsurov, appointed by Dmitry Medvedev. Menyaylo was one of the top figures in the Russian operation of annexing Crimea. He was appointed the governor of Sevastopol but resigned amid a spat with the members of the local elite. Menyaylo, a former military officer, is believed to be an associate of Sergei Shoigu, Russia’s defense minister. Right after he quit Sevastopol, he took up the post of presidential plenipotentiary envoy to the Siberian Federal District where he got involved in a conflict with Valentin Konovalov, the communist leader of Khakassia. Konovalov features the list of regional heads that Putin wants to dismiss. Bitarov, now-former governor of North Ossetia, was in charge of the region since February 2016. He was then appointed the acting head of the republic, and in September 2016 he became its leader upon his election by the North Ossetian parliament. Rumors about Bitarov’s resignation went around in April 2020 amid mass rallies against coronavirus restrictions in the republic. Demonstrators urged officials to help those who lost their jobs amid lockdown measures. Bitarov’s political standing was also damaged by a high-profile road accident in December 2020 involving his brother Kazbek who was found guilty of the death of four people while five were injured.

Personnel reshuffles in North Ossetia are not the only ones in recent days. On April 8, Sergey Morozov, the governor of the Ulyanovsk region, handed his resignation while on April 7, Sholban Kara-ool had done the same. Morozov had been in power since 2005. Back then he had been at constant war with local communist politicians. Once Morozov was relieved from his duties, Ramzan Kadyrov, who has led Chechnya since 2007, is now Russia’s longest-serving regional leader. Alexey Russkikh has been nominated the acting governor of the Ulyanovsk region. Interestingly, he is a member of the communist party. He was a member of the Communist Party faction in the State Duma and from 2018 he served as a Moscow representative in the Federation Council. He voted for the constitutional updates allowing Putin to stay in power until 2036 though the Communist Party abstained from the vote. The Kremlin takes into account the widespread popularity of the communist party in the Ulyanovsk region. It is a safe bet to put up Russkikh in the election run-up, a solution allowing the Kremlin to get rid of Alexey Kurinny, another Communist Party lawmaker and local communist leader, who is far more critical towards the Kremlin. It is said that one of the sons of Gennady Zyuganov, the Communist Party leader, used to work in a company founded by Russkikh. But more importantly, Russkikh has ties to Shoigu; from 2018 he was a senator from the Moscow region headed by a member of the “Tuva clan” and a son of Shoigu’s friend. Rumour has it that Konovalov will lose his post to bring the whole game to an equal status––as Russkikh, a Communist Party member, got a region, his party will lose another one. Those placed in the red zone, or the most likely to resign sometime soon, are the governor of the Volodymyr region, the leader of Krasnoyarsk Krai, and that of Stavropol Krai.