Putin Signs Law Allowing Him To Stay In Power Until 2036

Russian President Vladimir Putin has given final approval to legislation allowing him to hold office for two additional terms. However, this is not certain whether this will happen. The recent legal update is of huge political importance as it has sent shockwaves to the Russians and notably the ruling elite that got a strong signal that Putin felt strong while keeping the situation under control. 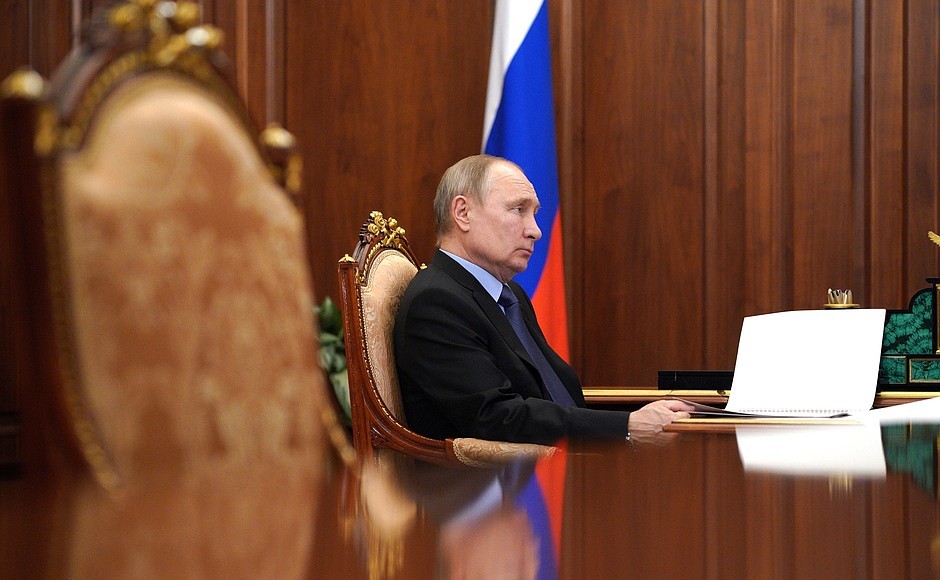 On April 5, Kremlin spokesman Dmitry Peskov announced that the president would deliver his annual address to the parliament, the Federal Assembly, on April 21. Yet he preferred to keep quiet about the themes of the forthcoming speech. In January 2020 address to Russia’s two-chamber parliament, Putin said the country’s constitution should be amended. The constitutional amendments also emphasized the primacy of Russian law over international norms and the consolidation of the status and the role of the State Council in the constitution, said the president.

The latter update provoked a debate whether the Russian leader seeks to retain power as head of the State Council after he steps down. As it later turned out, the president had no intention of leaving the Kremlin and his status would not change, or possibly would even grow in importance. Furthermore, the constitutional reform allowing resetting Putin’s term-limit clock to zero was suggested at the end of the State Duma legal proceedings. Once some legal changes are adopted, the total number of terms in office (as Putin is now holding his fourth, with a break when he swapped posts with Dmitry Medvedev) is no longer relevant, a solution that opens the door for Vladimir Putin to serve two more.

The amendments were finally adopted in March 2020 and then approved by a nationwide referendum in late June and early July 2020. With the constitutional updates, the State Duma had a tough work to adapt hundreds of provisions to make them align with the amended constitution. The corresponding amendments have been introduced to the law on presidential elections in the Russian Federation. Both chambers of the Russian parliament adopted the constitutional changes that mean that any person holding the office of president has now their term-clock reset to zero. Thus Vladimir Putin could stand for the next presidential election and stay in power until 2036.

One of the most significant constitutional changes resets Putin’s term-limit clock to zero. It was announced among other updates in January 2020 and came into effect on April 5, 2021, upon its signing by Vladimir Putin. Under the previous constitution, Putin would have been required to step down after his second consecutive term ends in 2024.