Russia Gives Way to Turkey in the Caucasus

Dispatching the Turkish military to the Nagorno-Karabakh ceasefire monitoring center in the areas that Azerbaijan claimed from Armenia comes as Ankara’s success while being a failure for Moscow. When early November saw a truce in the Nagorno-Karabakh war, Russia gave its green light to the Turkish military presence in the region yet not in the territory seized from Armenia, but somewhere deeper inside Azerbaijan. That would be different, though. Russia is making efforts to cover up its defeat with some vague statements that came after the meeting between the Russian and Turkish foreign ministers. 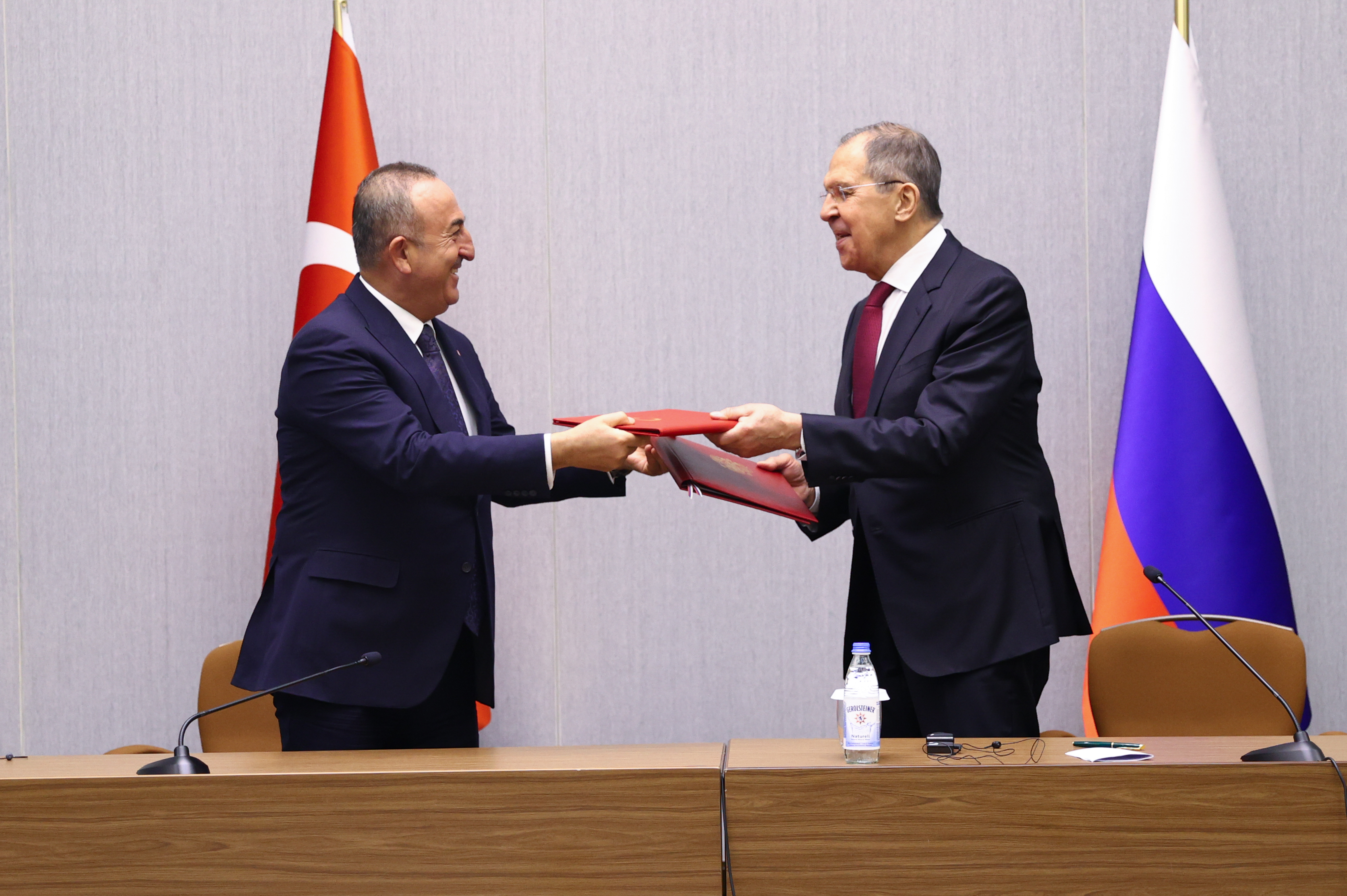 “We have confirmed our mutual intention to develop military ties with Turkey,” Sergey Lavrov noted during the Sochi meeting with his Turkish counterpart Mevlüt Çavuşoğlu. While saying so, the top Russian diplomat meant Turkey’s purchase of Russian-made S-400 anti-aircraft missile systems, a transaction that caused strains between Ankara and its NATO allies. The Russian foreign minister said the two Russian-Turkish energy projects had been completed – the Akkuyu nuclear power plant and the TurkStream gas pipeline. By doing so, Moscow sought to demonstrate its flourishing ties with Turkey. The reality is different, though. Indeed, Turkey bought the S-400s roughly a year ago, showing no signs of further cooperation since then. Besides, Turkey and Russia occupy contrary positions in a whole range of regions – from Libya, through Syria, to the South Caucasus.

In the last of them, Russia made some concessions to Ankara, with the military conflict bringing victory to Turkey’s ally and ending in the defeat of that of Russia. The same happened in Libya earlier this year. Though many said the Kremlin had played Ankara out in the Nagorno-Karabakh war by sending its “peacekeeping” forces there while Turkey had nothing but a symbolic military presence in the joint monitoring center far from the conflict theatre, now it turns out that Turkish officials were right in November to claim they would send its troops to the region. As informed on December 27, Turkey dispatched 35 soldiers to Azerbaijan to establish a peacekeeping center with Russia to monitor a truce over the disputed Nagorno-Karabakh region. Most importantly, troops will be sent to the Agdam district that Azerbaijan claimed from Armenia this fall and that would host the Russian-Turkish ceasefire monitoring facility. Russia has made repeated claims that the Turkish military would not enter the disputed area, meaning the districts Armenia had controlled prior to this fall.