What Role for Russia in Armenian Turmoil?

The General Staff of the Armenian Armed Forces has demanded the ouster of Prime Minister Nikol Pashinyan, a move that exacerbated the political turmoil the country had plunged into after the defeat in the war with Azerbaijan. Thousands of opposition protesters take to the streets of Yerevan every day. However, Pashinyan is reluctant to step down. It seems that he can do it only if Moscow takes sides with Armenian opposition politicians. 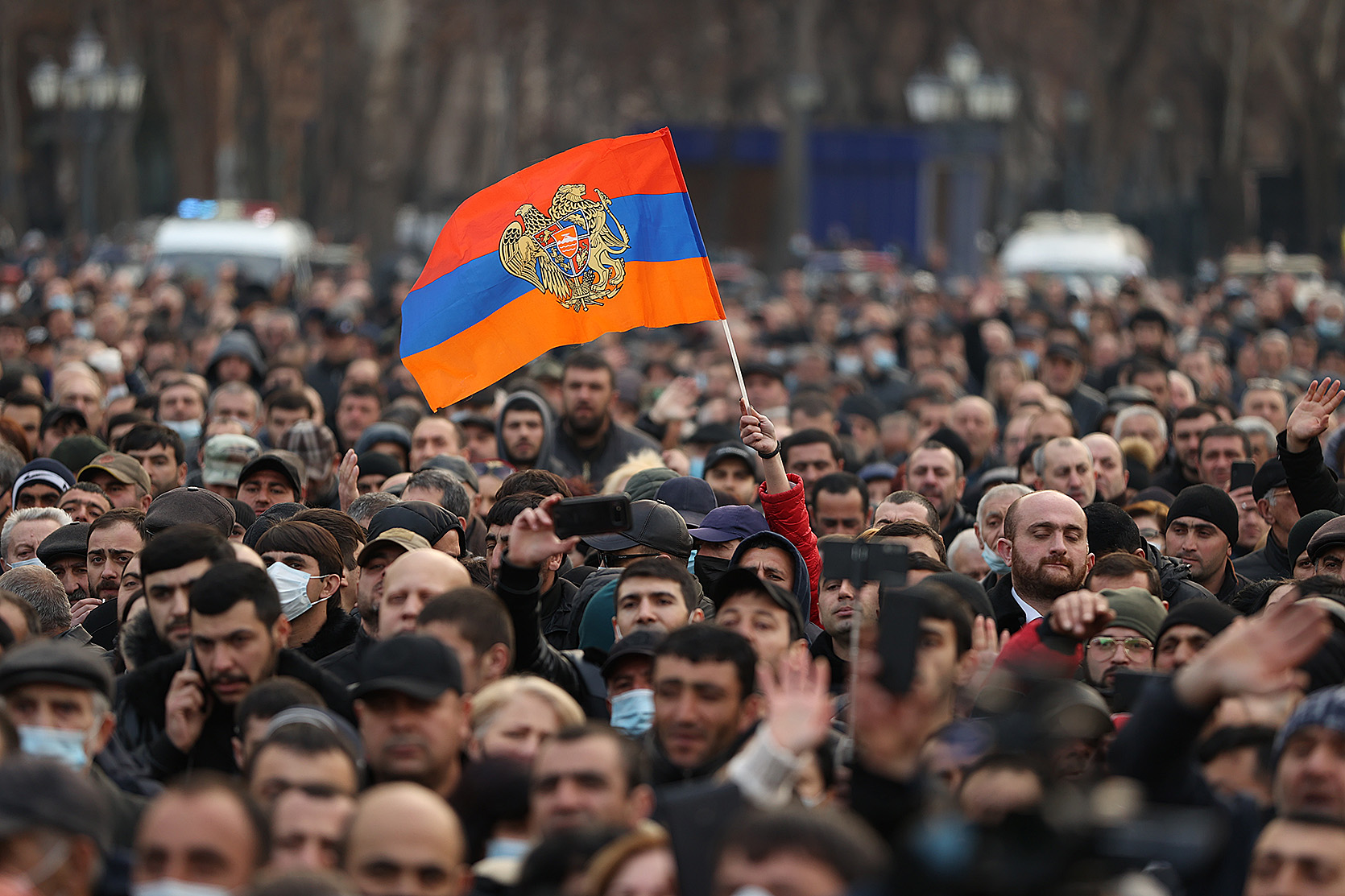 The ceasefire that ended the Nagorno-Karabakh conflict on November 9, 2020, was a big success for Russia. It enfeebled the Moscow-unfriendly Pashinyan government while several thousand Russian peacemakers were sent to the region. Deprived of a portion of the Nagorno-Karabakh region, Armenia, which has for years relied on Russia, is now a hostage to the Kremlin’s policy. Tightening cooperation with Moscow is now the only sensible strategy. The question is how quickly this will take place. The republic of Nagorno-Karabakh has introduced a bill to add Russian as an official language alongside Armenian while Armenian opposition politicians are calling for the construction of a second Russian military base in the country. Pashinyan’s criticism of Russian-made weapons was used by his opponents to lambaste him even harder in Moscow. According to the Russian defense ministry, “the Iskander 9K720-E was successfully used in Syria against international terrorists and is internationally acclaimed as the best in its class of weapons. Apparently, Pashinian was misled by someone.” Furthermore, by priding itself with using the Iskander in Syria, Russia accidentally showed footage from Syria on which its forces were seen while bombing a hospital, thus confirming accusations of destroying civilian targets in Syria that have been on for years. With a violent reaction of Armenian senior military officers who called on the prime minister to quit, Pashinyan had to mend ties with Moscow amid his little fortunate statement. The Armenian prime minister phoned Vladimir Putin to seek support and announced a reform of the Armenian Armed Forces “in close cooperation with Russia.” In turn, Armenian army generals can count on their Russian colleagues. Importantly, among those who attended the rallies was Yuri Khachaturov, a former high-ranking officer and the head of the Russian-led Collective Security Treaty Organization, or CSTO, whose member is Armenia. Although Moscow is dissatisfied with Pashinyan’s policy, including his latest statements, this is probably not enough to risk escalated tensions in Yerevan. Moscow may fear that if things in Armenia get out of control, a fragile ceasefire in Nagorno-Karabakh – to where Russia sent its peacemakers – might be in danger. The Russian foreign ministry said in a statement that the recent developments in Armenia are “the country’s internal affairs” and that it hopes for its peaceful settlement. On February 25, Putin reportedly called for both sides to stay calm. On February 26, the Kremlin said Armenia should proceed accordingly with the peace deal it concluded in November 2020 with Azerbaijan. Putin’s spokesman Dmitry Peskov noted Russia called for a peaceful solution, hoping the events would develop in line with the country’s constitution. He did not comment on whether Russia could mediate in the process to regulate the internal situation in Armenia.