The Revival of the Normandy Format: Zelensky Faced with Difficult Choice

On August 26, at the closing press conference of the G7 summit in the city of Biarritz, President of France Emmanuel Macron announced that a meeting of the presidents of Russia, Ukraine, Germany and France dedicated to the conflict in Ukraine will be held in September. Such a declaration means that all participants of the Normandy format had to agree to the meeting way earlier. There were two key events that led to the decision: first, Emmanuel Macron’s meeting with Vladimir Putin and then Macron’s conversation with Angela Merkel in the behind-the-scenes of the G7 summit. As a matter of fact, Macron arrived in Biarritz already having Putin’s consent. For months, Volodymr Zelensky has been the one who appealed loudly for the Normandy Four summit. 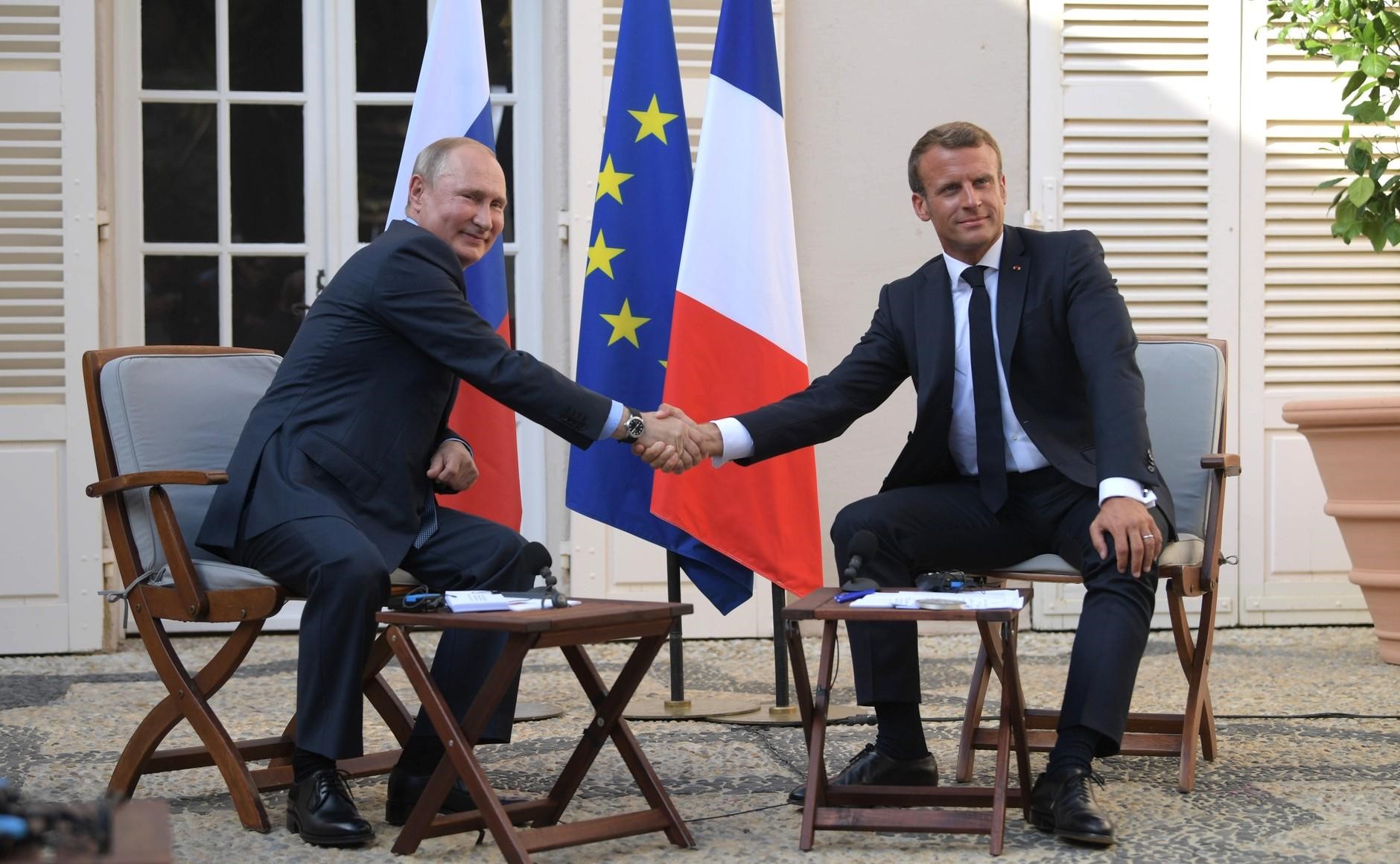 First, on August 19, Macron met with Putin at the Fort de Brégançon. Two days later, in Moscow, Russia’s Minister of Foreign Affairs Sergey Lavrov talked to Heiko Maas, the German chief of diplomacy. It seems as if the basics of the upcoming summit have been agreed upon. On August 26, the French president also informed that the meeting in the Normandy format with the leaders of Ukraine and Russia will be organised in cooperation with Germany’s Chancellor Angela Merkel. The summit will be held in France.

The normalisation of relations between Kyiv and Moscow is of great importance for both Paris and Germany. However, other aspects are definitely less important, including the questions of how it will all happen, who will lose more and who will gain more: Ukraine or Russia? Even the five-year policy of Western sanctions has not forced Putin to make concessions. This time it is the Kremlin that has demonstrated greater patience and, as a result, it now reaps the fruits of its strategy, while France and Germany are determined to resolve the Donbass conflict as quickly as possible (the Crimea issue has been shrugged off) in order to go back to the so-called “business as usual” with Moscow. The problem is, however, that Russia, France and Germany insist on the simultaneous implementation of the points included in both parts of the Minsk Agreements: the ones concerning security in the Donbass (for example, pulling out Russian armed forces and giving back control over the border to Ukraine) as well as politics (Kyiv’s amnesty for separatists, granting special status to the Donbass region, local elections). Since the very beginning, Kyiv has been standing firm in its idea of the step-by-step implementation of the Agreements, meaning that, first of all, the security conditions must be fulfilled and only then the political part can be put into practice.

Zelensky has only two options. He can either maintain the firm stance adopted by his predecessor, Petro Poroshenko, or he can make concessions to Putin. There is no third option. By choosing the first option, Zelensky will not fulfil his main electoral promise and this may quickly result in losing popularity. By choosing the second option, he will also jeopardise his public support. Further concessions to Moscow may even lead to another Maidan on the streets of Kyiv. Zelensky has become a hostage of his own election promises and now he has no easy choice. Still, the key to resolving the conflict in eastern Ukraine is held in the Kremlin. Everything depends on whether another escalation in relations with Kyiv and, in general, with the West, will be profitable for Putin, or whether a decision to rebuild cooperation with the West will be made. What is, however, the most important is that if a reset of relations with France or Germany turns out to be possible even at the current state of affairs in Ukraine, then perhaps Russia will simply freeze the conflict in the Donbass for good.