The reform of Ukraine’s Security Service

The deputies of the Verkhovna Rada prepared a reform of Security Service of Ukraine (SBU) which, in their opinion, with its unclear structure, competencies and involvement in corruption scandals, not only does not fit to NATO standards, but is also a nightmare for citizens, especially for entrepreneurs. 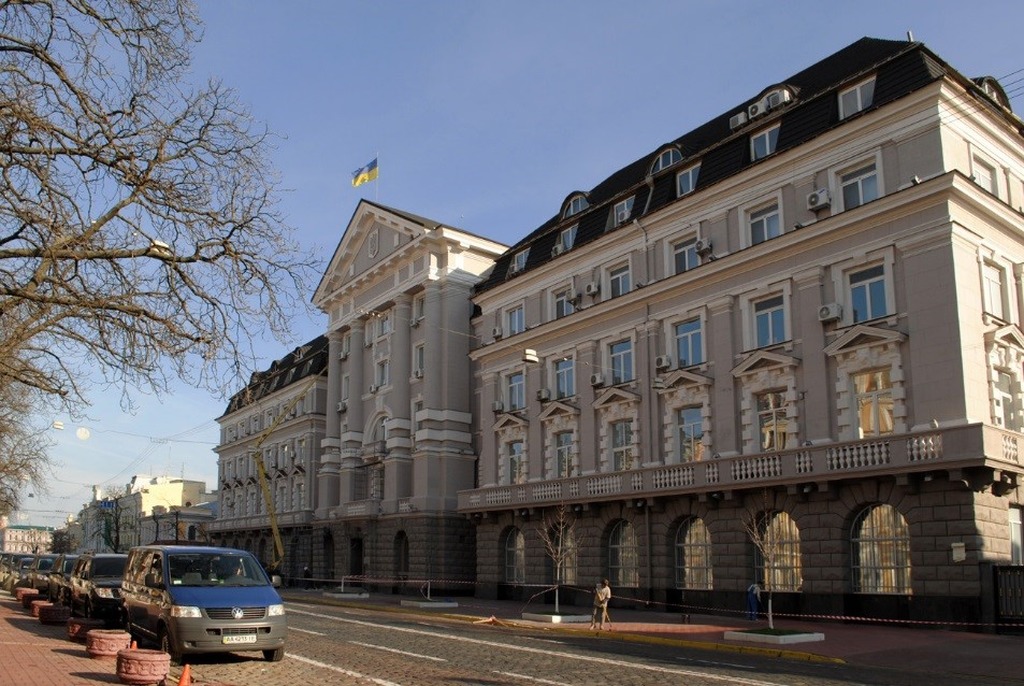 SBU officers became a nightmare not only for tourists but also for Ukrainian business and foreign investors. Currently SBU is able to make almost every company bankrupt or subordinate a whole branch of economy on recommendation of one of curators in power. In the offices of international corporations, “Maski-show” done by SBU functionaries are becoming a permanent fixture in the TV news. This opinion of reporter of parliamentary weekly “Zerkalo Nedeli” (rus. Зеркало Недели) is shared not only by the majority of deputies, but also by the public opinion. SBU does not give up to the reforms and continues its role of a “sacred cow” .

SBU employs 31 thousand people. In comparison: in the United Kingdom, which population amounts to 65 million residents (Ukraine has 48m residents), in the security service works only 11 thousand officers (including internal and external intelligence). SBU became a private agency to fight with business competition, also deals with racket or service of personal accounts.
The issue of Zerkalo Nedeli resembles a shortlist of recent loud scandals with the involvement of SBU officers:

1) an artificial blockade of nuts export under false pretenses of alleged epidemiological threat, on the contrary to the opinion of country’s phytosanitary control;
2) a cleanse of potential competitors on the liquefied natural gas market for the needs of Victor Medvedchuk’s company (ukr. Віктор Медвeдчук), Russian exporter;
3) a withdrawal of computer equipment imported by Dragon Capital from Ukrainian market, which is one of the biggest leaders of private foreign investments in Ukraine;
4) a persecution of the founders of analytical system YouControl, which collects information about company’s reputation from available public records .

According to “ZN” it is worth to separately stress counterintelligence „fight” in the field of medicine. SBU demanded cancelation of registration of worldwide known pastilles “Strepsils” because they assessed them as a supplement, not a medicine .

A few weeks ago, the detectives of National Anti-Corruption Bureau of Ukraine (ukr. Національне антикорупційне бюро України, НАБУ – NABU) arrested SBU employee, who demanded and received almost 50 thousand dollars as a bribe to guarantee that he will turn a blind eye to foreigners illegal stay in Ukraine. Detained, young SBU officer, as turned out, is the owner of a big house in the suburbs of Kyiv, several luxurious cars, whilst his family was able to bail out 1.3 million UAH to make the law enforcement officer leave the arrest.
At the same time, the number of the “basic” SBU’s successes in terms of espionage in 2016 amount to zero, as “ZN” claims. Work statistics of economic counterintelligence agents and workers of Department C – C for corruption- are usually classified by the service itself as official secret and are not revealed to the press or to… deputies. SBU is not also successful when it comes to terrorist attacks in Kyiv, such as for example the killing of the journalist Pavel Sheremet.

Against the background of scandalous cases, the SBU administration went even further and classified all employees’ declaration of income. Including publicly known directors, deputies and departmental chiefs. Despite these obstacles, journalists could easily establish that the chief of SBU’s anticorruption department Pawlo Demchyna (ukr. Павлo Демчин) owns a fortune of estimated value of 10 million hryvnia, which is not possible to collect from the government’s salary. The Head of the Security Service, Vasyl Hrytsak (ukr. Василь Грицак), who classified his declaration of income, despite the fact that he is a public person and not a “secret agent”, immediately after assuming the position, he bought four luxurious apartments in Kyiv.

A number of complaints from the business representatives against intentional activities of SBU officers doubled in the last year. According to the results of survey conducted by European Business Association, in 2018, 50 pro cent of foreign investors think that coercive activities of law enforcement agencies pose a significant obstacle for investments.

That is why the deputies of the Verkhovna Rada postulate to radically limit the functions of SBU in economy sphere and its anticorruption activities. In their opinion, SBU must focus on Ukraine’s protection against terrorism, sabotage and espionage, and counterintelligence to protect Ukraine’s sovereignty. It is in compliance with NATO standards, in which Ukraine’s participation is legally determined as a priority of Ukrainian foreign policy.

The Verkhovna Rada adopted a bill “About Ukraine’s National Security” in the first reading which was determined by the President as urgent. It should be passed by the Parliament within the next few months.

According to the deputy Hanna Hopko (ukr. Ганна Гопко), vice chairman of the Verkhovna Rada and the Head of the Committee on foreign affairs, a cowriter of the bill, SBU will have an opportunity to regain social trust and credibility, and what is extremely important, new institution will get a bigger room to act and fight with corruption. These institutions were established after Revolution of Dignity, especially National Anti-Corruption Bureau of Ukraine.