Putin’s Another Bodyguard to Be Appointed Governor

According to the autumn tradition, Russia’s President Vladimir Putin dismisses some governors while appointing new ones. Nonetheless, this year’s reshuffles appear particularly important due to the fact that recent regional elections have clearly depicted problems of many of the Kremlin-backed nominees. It was only lately that President Putin dismissed the incumbents in such regions as Astrakhan, Kurgan, Lipetsk, Primorye as well as governors of the North Caucasus republic of Kabardino-Balkaria and St. Petersburg. Much attention should be paid to recent changes in Astrakhan, as the region’s new governor is Putin’s former bodyguard. And this is not the first such case. 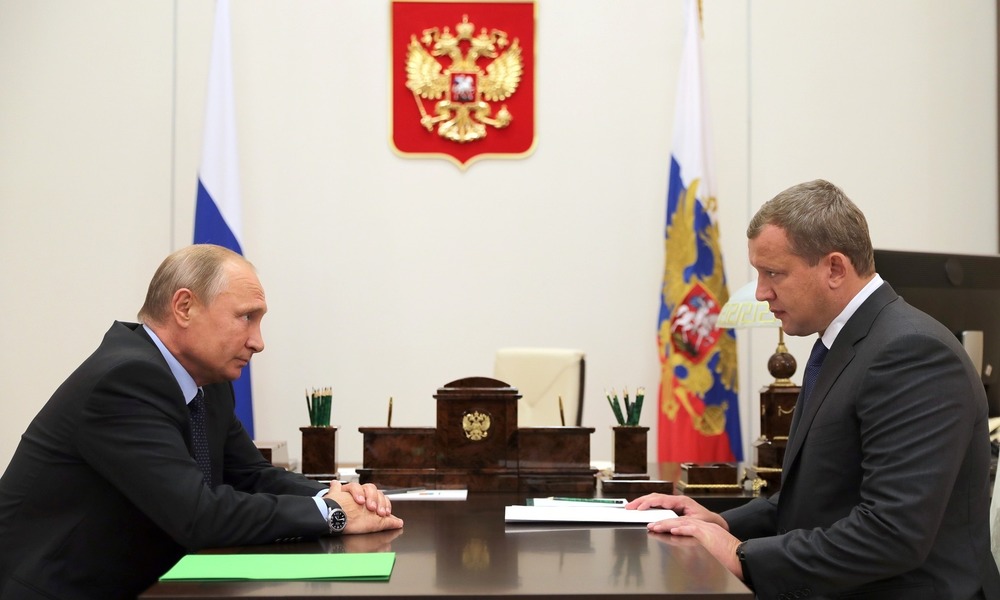 Former governor, Alexander Zhilkin, was dismissed from his function that he had correctly performed since 2004. Nevertheless, he has recently got involved in some disputes with Putin’s siloviki while a number of his associates were charged of corruption. Thus, it does not come as a surprise that his resignation has been expected by everyone. Nonetheless, he won last elections, which gave him certain advantage over other Putin-endorsed candidates. However, even such success could not guarantee him that he would be still able to serve as a governor. Instead, he was replaced by Sergey Morozov who was until recently employed in Russia’s custom service; previously, he had worked in Defense Ministry and he had ensured some functions in security services. For instance, he served in the Presidential Security Service (SBP), an organization being a secret protective service of the Federal Protective Service (FSO). Morozov is yet another member of Putin’s personal security to be promoted to such a high position, after the incumbent governor of Yaroslav Region, Dmitry Mironov, and current Minister of Emergency Situations, Yevgeny Zinichev. Needless to say that the incumbent governor of the Tula Region, Alexey Dyumin, also belongs to Putin’s inner circle.

As for Morozov, he originates from the so-called group of “piterskie”. In the late 1990s, he was responsible for protecting Vladimir Yakovlev, the then-governor of Saint Petersburg. In 2003, he settled in Moscow, where he assumed the position of Putin’s security officer. He quickly managed to become a member of President’s personal bodyguard as well as he was promoted to the rank of General of the Federal Protective Service. Transferred to the Ministry of Defense, he carried out duties of an adviser to Minister Shoigu until 2017; interestingly, also Dyumin needed to pass a similar path before assuming position of the governor. Then Morozov became the deputy head of Russia’s Federal Tax Service (FTS), serving as the deputy of the former FSB general and the head of the FTS, Vladimir Bulavin.

While working at the FTS, Morozov gained the support of another FSB general, Anatoly Seryshev. As for the latter, in 2018, he became the presidential aide for human resources, which seems to explain the fact that he was probably responsible for lobbying for Morozov’s candidacy. Nonetheless, it is not known how Morozov, who actually lacks political experience, is supposed to assume his position whereas other former FSO officers have previously carried out or are currently carrying out functions of the governors, however, not all of them manage to successfully fulfil their tasks. While Dyumin is doing quite well in the Tula Region, Zinichev is much less powerful as the incumbent governor of Kaliningrad. He managed to work there only for three months; then, he was transferred to the FSB. Finally, he assumed a position in Russia’s Ministry of Emergency Situations. Thus, one should expect further nominations of that kind; thanks to such a strategy, Putin seeks to manage regions with his endorsed siloviki who have no links with local elites and are capable of implementing even a very oppressive policy.