As the commander of the armed forces of the Russian Federation, Vladimir Putin signed a decree promoting senior military officials. In addition, the leader of the Northern Fleet – a formation whose status will be equivalent to Russia’s fourth other military districts from 2021 – was appointed to Admiral. 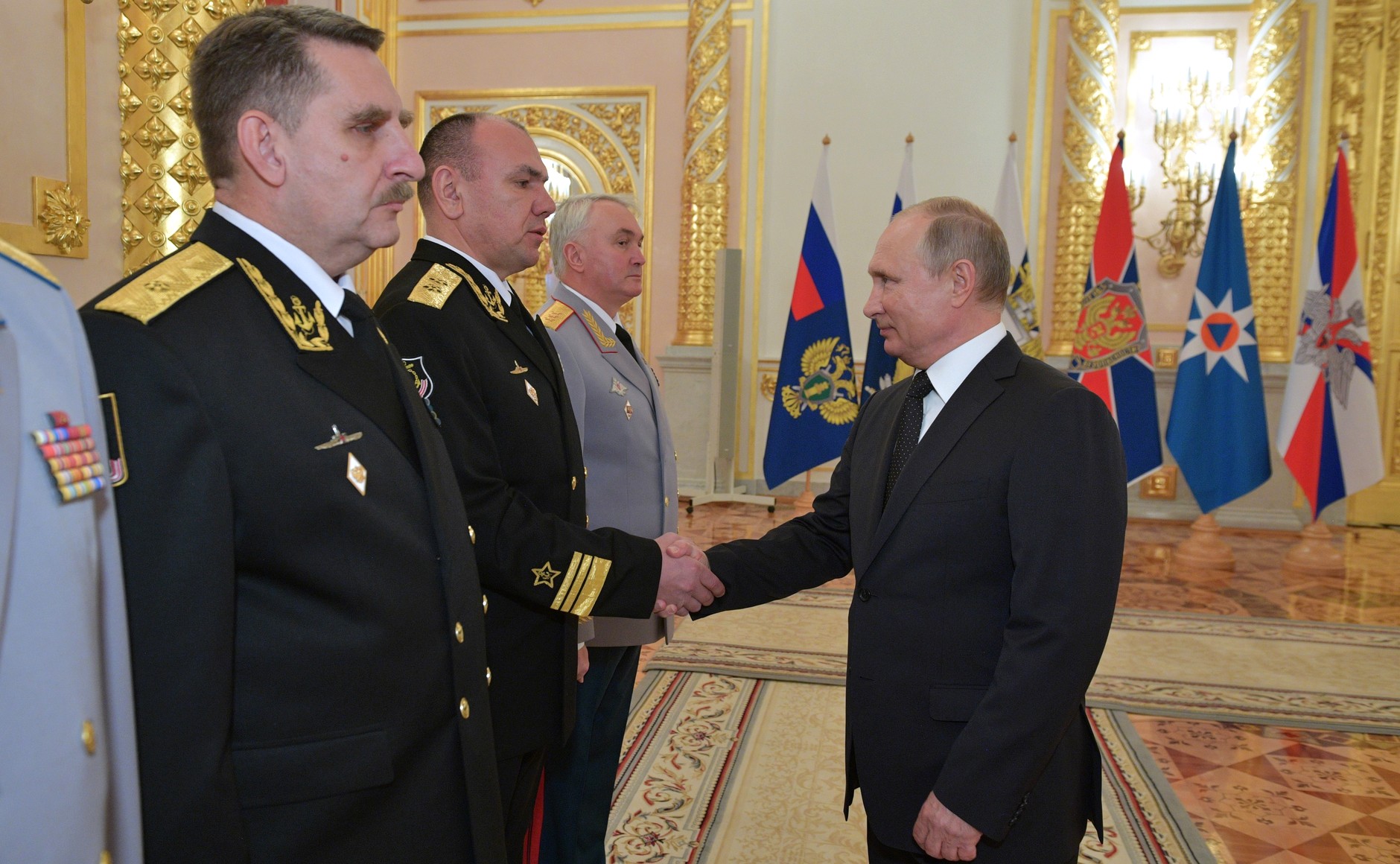 On December 10, President Vladimir Putin signed a decree appointing the powerful leader of the Arctic forces to Admiral, the second-highest rank in the Russian navy. Aleksandr Moiseev is 58 years old. He studied at the navy’s technical institute before joining the Northern Fleet. In the 1990s, he served onboard several of the Northern Fleet’s Delta-IV ballistic missile submarines. He took part in many missions under the Arctic ice cap, including one surfacing at the North Pole. In 2011, Moiseev was awarded Hero of Russia – the country’s highest military award – with reference to his leadership onboard submarines, including when test-launching ballistic missiles. Later he studied at the Naval Academy in St. Petersburg and the Military Academy of the General Staff of the Armed Forces. In the Northern Fleet, Aleksandr Moiseev commanded the submarine forces from 2012-2016. Then, between 2017 and 2018, he was Deputy Chief of the General Staff of the Russian armed forces.

Moiseev had the rank as Vice-Admiral since June 2015. In May 2019, he was appointed as new Head Commander of the Northern Fleet and before he had commanded the Black Sea Fleet for a year in Sevastopol on the annexed Crimea. A few months before Moiseev moved to Severomorsk (Murmansk Oblast), the home base of the Northern Fleet, the Ukrainian Security Service (SBU) notified him of suspicion of engaging in an aggressive military action related to the Kerch Strait incident in November 2018 when the Russian coast guard fired upon and captured three Ukrainian Navy ships.

Undeniably, taking the lead in the Northern Fleet was somewhat a promotion for Moiseev. The Russian navy currently comprises the Northern Fleet, the Pacific Fleet, the Black Sea Fleet, the Baltic Fleet, and the Caspian Flotilla. The Northern Fleet is the biggest and most prestigious of them all. Contrary to what its name says, it is something more than just a navy formation. At its heart there are nuclear-powered submarines capable of carrying SLBM missiles and multi-purpose nuclear submarines – as the Northern Fleet has the biggest such arsenal – with the battlecruiser Pyotr Velikiy as well as land forces and aircraft. The Northern Fleet will remain the core of the Northern Fleet Joint Strategic Command until the end of the year. Beginning on January 1, 2021, it will have the same status as Russia’s other military districts. There will be five of them in Russia – so far the country has been divided into such formations as the Western Military District, Southern Military District, Central Military District, and Eastern Military District. Headed by Admiral Aleksandr Moiseev, the Northern (Arctic) Military District will be a new addition. Moiseev’s promotion is not Putin’s only personal decision in the armed forces. Under the same decree, the Russian leader also appointed Alexei Kim, who currently serves as the deputy commander of peacekeeping forces, to Colonel-General. Chief military officials at the 29th and 41st armies became lieutenant generals while the commanders of the Kamchatka-based forces and the Belomorsk navy base were officially promoted to Vice-Admiral.