Novak Gets Supervision over Energy Giants

Although Alexander Novak stepped down as Russia’s energy minister in November, he will still control Russia’s biggest oil and gas companies as a new deputy prime minister. Prime Minister Mikhail Mishustin approved a new division of powers in his cabinet to distribute control of some state businesses between deputy prime ministers. 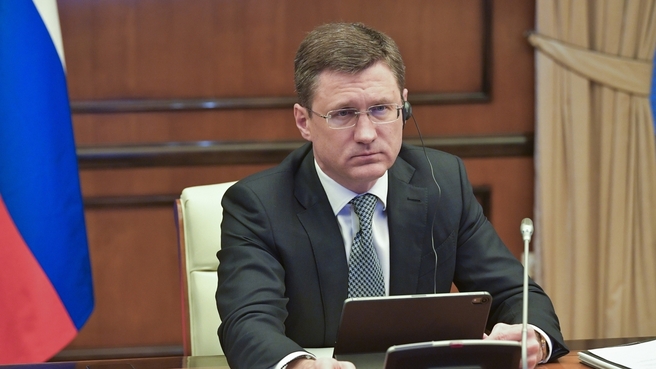 According to it, deputy Prime Minister Alexander Novak will supervise such companies as Gazprom, Rosneft, Transneft, Rosneftegaz, Zarubezhneft, Rosetti, FSK JES, Inter RAO, CO JES, and Rosharubezhneft. Novak was granted a power of attorney to accept directives for government officials in these companies. On November 13, Prime Minister Mikhail Mishustin divided responsibilities between his deputies. Former energy minister Alexander Novak will be responsible for energy issues, earlier overseen by Yury Borisov. Under Mishustin’s decision, Novak’s purview would include the supervision over state-run nuclear company Rosatom. Any issues on the development of state defense and space industry will remain the domain of Yury Borisov, currently Russia’s deputy Prime Minister responsible for industrial issues. As agreed sometime earlier, Novak will continue to represent Russia in OPEC+ ministerial meetings as he did while serving as the country’s energy minister. This is reflected by how tasks were distributed in the field of energy where Novak is responsible for the oil and gas sector while Nikolay Shulginov, the new energy minister and a former chief executive officer at state-controlled utility RusHydro PJSC, was assigned to control the remaining industries. The decision to appoint Shulginov the energy minister might have been driven by the CEO of Rosneft Igor Sechin. The oil tycoon was at odds with Alexander Novak, a former energy minister in office since 2012. These two expressed opposing views on the OPEC+ formula. Novak will now keep an eye on Rosneft, which means that Sechin failed to get rid of the uncomfortable minister.