It is not coincidence that Germany’s top opposition party has paid a visit to Moscow right now. With this invitation, the authorities in Moscow show their German counterparts they have other conversation partners in Germany. This serves as an attempt to exert pressure on Angela Merkel and Germany’s ruling coalition to quit its firm actions after the attempted poisoning of Russian opposition activist Alexey Navalny and come back to the business-as-usual attitude towards Russia. Especially since it is the key time for the Nord Stream 2 energy project and its plausible success, and it is not incidental that a delegation of Germany’s AfD broached this topic. The day before the meeting, on December 7, Kremlin spokesman Dmitry Peskov commented on the visit, citing Russia’s “diverse relations” with Germany. 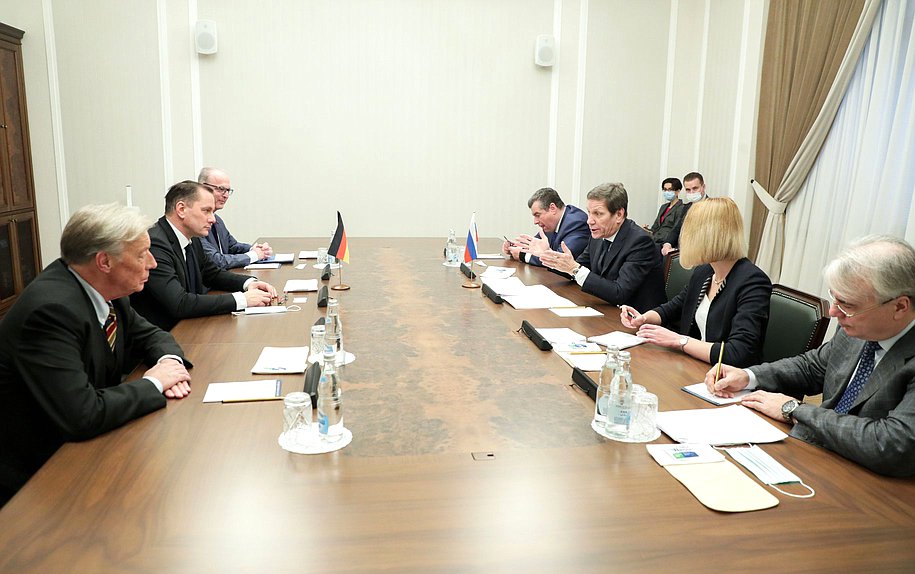 On December 8, Russian Foreign Minister Sergey Lavrov met with a delegation of Germany’s Alternative for Germany (AfD) party. Members of the far-right populist party arrived in Moscow in response to an invitation issued by the State Duma, the lower house of the Russian parliament. The German delegation was headed by the deputy head of the AfD’s parliamentary group, Tino Chrupalla, accompanied by Paul Hampel, the party’s spokesman on foreign affairs. Lavrov said “many serious problems have built up between Russia and Germany so all channels of communication are important.” Both the invitation for the AfD delegation and these words imply a tool of pressure that the Russian authorities seek to exert on their German peers. This is a signal sent to Berlin not to complicate ties with the Kremlin also amid the Navalny case many deputies in the Bundestag itself hope to cooperate closely with Russia regardless of similar “incidents.” Besides, Lavrov mentioned the surprise of its foreign ministry of the fact that the German authorities “tried to bar the AfD delegation from going to Moscow.” He also expressed surprise at what he called the “hysterical” reaction that sparked in German media outlets to the deputies’ visit. What draws attention is another utterance from the top Russian diplomat. According to him, as Moscow never opposes meetings between German officials and Russian opposition members––and here he possibly meant Navalny, his medical treatment, and Germany, and talks with Angela Merkel – Berlin should not hinder contact between the German opposition and the Russian authorities. “Meanwhile we are surprised that Berlin officials prefer not to meet with representatives of the opposition’s parliamentary parties, but rather with its ‘non-systemic’ figures,” he added in a move to perplex Berlin. Of course, in Russia, the parliamentary opposition is so in name only. Parties like that of the communists, A Just Russia, and Zhirinovsky’s Liberal Democratic Party of Russia are part of the ruling regime. The AfD delegation also visited the Russian parliament where they met with the First Deputy Chairman of the State Duma Alexander Zhukov and the chairman of the State Duma energy committee. In 2017, the AfD became the largest opposition party in the Bundestag after winning nearly 6 million votes in the election. Since its early days, it has been notorious for its anti-European and anti-immigrant views and touted mostly slogans targeting the United States and NATO while praising Russia. During the Moscow meeting, the members of the AfD thanked Russia for “reunifying Germany while both France and the United Kingdom stood against.” They decried Western sanctions on Russia and declared support for the Nord Stream 2 gas pipeline as a solution for Europe’s enhanced energy security. They reiterated the rhetoric that often resonates in Russia and Germany and that claims that the U.S. sanctions against the gas link come only from Washington’s business plans.