Putin Makes the Rules of the Game

In the face of the growing problems in the country and the regime that is plunging into stagnation, Vladimir Putin has applied shock therapy. The changes in the constitution that he has recently announced and the exchange of government are to give a new impulse for domestic politics. They are also – at least for the time being – to provide Putin with the freedom to pursue ambitious foreign policy goals. This is a typical manifestation of the so-called “escape forward” strategy. 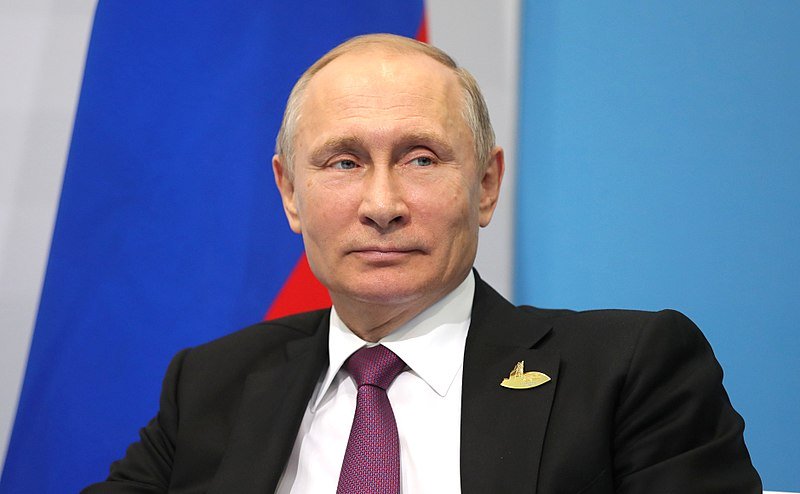 Taking control in Syria after Soleimani’s death, playing the game in Libya after Turkey sent troops there, slow but steady suffocation of Lukashenko and finally the key Ukrainian front. Today, the Kremlin is conducting at least several extremely important foreign operations simultaneously. Putin must therefore have a free hand and a clear mind – hence, the radical moves in the home backyard. This is because it is necessary to dispel the doubts as to whether the incumbent president will remain at the helm or whether he will retire. Of course, Putin has already confirmed the former. He has once again assumed the role of a “strong leader” who will most certainly deal with Russia’s problems. That is why he announced changes in the political system and that is why he immediately replaced the government. As one Russian publicist put it, Putin “rolled up his sleeves” and got down to work at home. Or at least that is the impression that Russians are supposed to get.

The amendments proposed on January 15 in the president’s annual address to the Federal Assembly (the State Duma and the Federation Council), 11 in total, increase the powers of the parliament, weaken the president, strip higher courts of their independence and introduce a new element to the political system: the State Council (for now with unspecified competences). Both houses of parliament, that is, the State Duma and the Federation Council, will be granted the right to have a real influence on the composition of the government. At present, the parliament votes only on the candidacy of the prime minister put forward by the president and does not participate in the nomination of ministers at all. Putin’s proposal gives the Duma no longer “the consent”, but rather “the approval of the prime minister’s candidacy”. The issue might be that the president will lose the right to dissolve the Duma if it refuses to approve the prime minister’s candidacy three times. The Duma is also to be granted the right to approve all ministers proposed by the new prime minister. At present, the president appoints the ministers at the request of the prime minister. After the reform, the president would lose the right to reject the candidates already approved by the Duma. An interesting solution is to grant the Federation Council the right to participate in the nomination of the heads of force structures. At present, it is the president who appoints the Minister of Defence, the Director of the FSB and other siloviki by decree. After the changes, he would have to do so “as a result of consultations with the Federation Council”. The provision that the president cannot hold the position “twice in a row” is to be removed from the constitution. However, these changes, contrary to some commentators, do not mean that Russia will transform into a parliamentary-presidential republic. Even after these changes, the president will not be weak. It seems that Putin is moving away from the super-presidential republic to a state with several strong centres of power, between which he will manoeuvre and act as the supreme arbiter. Regardless of the ultimately assumed function. For now, all indications suggest that Putin will leave the Kremlin in 2024. The question is for what position?

Perhaps he will act as the Chairman of the State Council. It was no coincidence that Putin mentioned this institution during his speech. It is still not clear what powers it will have. Nonetheless, it may be that by just heading the institution, Putin will be able to control other major state institutions, from governors and federal ministers to the presidential administration and the siloviki. Strengthening the State Council and acting as its head is the so-called “Kazakh scenario”. Earlier, it was Nursultan Nazarbayev who followed this path. He gave up the post of president, handed it over to a trusted politician and assumed a different function, all while retaining power in Kazakhstan. In Russia, such a scenario means that after 2024 Putin leaves the office of president and begins to rule the country in a new system with the rights of the “leader of the nation” who heads the State Council (in this case, however, it will still be necessary to remove the provision saying that the Council is headed by the president). Is this scenario realistic? It will be possible to elaborate on the issue once the proposed competences of the renewed State Council are known.

The deep structural changes announced by Putin will also provide him with a good opportunity to air out government offices and to introduce new faces to a higher level of political power. And, of course, to test if the people who are to replace the current ageing generation of people ruling Russia, who are still from the USSR times, have what it takes. The first step in this direction was to dismiss Dmitry Medvedev. Putin could not allow such an unpopular and toxic person to head the government during the time of such important changes. Who replaced the worn-out and unpopular Medvedev? Here, Putin executed a manoeuvre known both from the end of his second presidential term as well as from even an earlier period, the Yeltsin era. Everything happened in a flash, it wasn’t even 24 hours before Putin announced the name of a candidate and the new prime minister was approved by the Duma. Mikhail Mishustin, a little-known technocrat, the head of the Federal Tax Service (FNS), became the head of the government. He is a loyal Putinist. After all, as Deputy Tax Minister, he participated in the cover-up of the Magnitsky case. His father is an experienced Soviet intelligence officer. 53-year-old Mishustin has a very good reputation. Having headed the Federal Tax Service (FNS) since 2010, he managed to modernise this federal body and made it extremely effective. Unlike Medvedev, who is burdened with, among others, the unpopular pension reform, the new prime minister has a very low “anti-rating”.

Will Mishustin be like Putin at the end of Yeltsin’s leadership? Doubtful. He will most likely take on a role similar to that of Viktor Zubkov at the end of Putin’s second presidential term. The thing that is unknown is whether Putin will leave the Kremlin to become Prime Minister, just as he did in 2008. However, this is highly unlikely. The transition to the Chairman of the State Council, which would be granted enormous powers, seems more likely. It is possible that in September 2020, along with the referendum on the changes in the Constitution, early elections to the Duma will be held. This means that in 2021 an early presidential election might also take place, with the president having new powers. Yet, nothing is certain. A lot can still change in Putin’s proposals. One thing is certain, though. Russia will become even more authoritarian and anti-Western.