A Controversial Visit: President of Estonia Meets with Putin at the Kremlin

The Moscow meeting between Kersti Kaljulaid and Vladimir Putin has put an end to Russia’s long-time diplomatic isolation from the NATO member states that are heavily exposed to the Russian threat, namely the three Baltic states. Not only has the visit of the Estonian president attracted a lot of criticism in her home country, but it has also pushed many to question the goals and the general meaning behind such a meeting. Although various difficult international issues were naturally addressed by the presidents, politically speaking, the meeting could not prove to be successful. President Kaljulaid has evidently harmed Estonia’s reputation by undertaking such an initiative. There is no doubt, however, that the only one who gained the most from the meeting is the President of Russia. 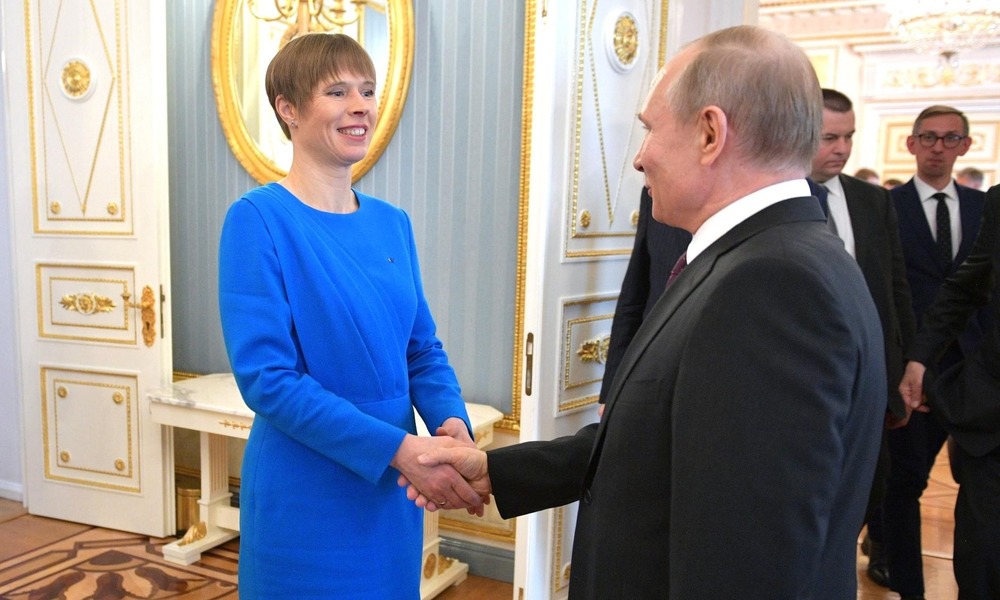 The official purpose of Kersti Kaljulaid’s one-day working visit was to open a newly-renovated building of the Embassy of Estonia in Moscow. At the opening ceremony, Kaljulaid stressed that her presence in Moscow is “a clear sign that Estonia is ready for cooperation and dialogue”. The talks that took place on April 18 between Kaljulaid and Putin have been the first full-fledged talks between the presidents of the two countries since 2008. It has also been Putin’s first meeting with a leader of any of the Baltic states in eight years. In 2010, Putin met with President of Lithuania Dalia Grybauskaite and the then President of Latvia Valdis Zatlers. Due to the state of relations between the two countries, in Estonia, Kaljulaid’s decision to go to Moscow (the Estonian authorities asked for the visit) received mixed reactions. It should be noted that Estonia is the only NATO country that still has not ratified a border treaty with Russia. In 2012, at the request of Russia, a clause on the absence of mutual territorial claims was added to the border treaties. Estonia has recently been struggling to cope with the increased activity of Russian spies. Just over a decade ago, the Russians provoked riots across the country.

From the very beginning, the prevailing atmosphere of secrecy surrounding the visit combined with many unanswered questions aroused criticism in Estonia. The President’s Office did not want to disclose what issues would be discussed during the talks and why the meeting at the Kremlin was even arranged. From the start, the Russian side enjoyed humiliating its discussion partner. In materials announcing the visit, the Kremlin stated, among other things, that “a resurgence of movements glorifying Nazism has been observed” in Estonia and accused the authorities in Tallinn of taking actions aimed at “eradicating the Russian language and restricting the Russian-speaking educational sphere”. Ironically, it is Kersti Kaljulaid herself who is considered to be the main defender of the interests of the Russian-speaking minority in Estonia. Kaljulaid frequently uses her platform to defend both the residents of Estonia who do not hold the country’s citizenship and Estonia’s Russian-speaking citizens. For a time, she even had her office moved to the city of Narva, where more than 80% of the population is Russian in order to “better understand the people and their problems”. Kaljulaid’s trip to Moscow has also raised doubts about her constitutional role, because, as President of Estonia, she can only perform representative functions. This means that Kaljulaid had in fact no authority to talk about international and economic relations between the two countries. It is not even known if the Estonian president had even talked her Moscow visit through with partners from the EU and NATO. The truth is that she travelled there on her own, seriously jeopardising the dignity of the office that she holds. There were some members of the Russian government, including Russian Foreign Minister Sergey Lavrov, who took part in the meeting at the Kremlin; Kaljulaid, however, was not accompanied by any of Estonia’s ministers. Russia is the only one that benefitted politically from the meeting. It is quite difficult to figure out what positive outcomes were to be gained by Estonia from this trip. This is just another deviation from Putin’s strategy of international isolation, which is crucial, especially when the West is concerned. Putin is the person with whom not only the leaders of the countries that take a rather positive attitude towards Russia, but even the leaders of the countries that have a neutral attitude towards Moscow meet with. Russia is the place to which the president of a certain Baltic country which is constantly reminding everyone that, out of all EU and NATO countries, it is perhaps the most threatened by Russian military aggression decided to come. Kaljulaid’s visit to Moscow has been criticised by many, including Riho Terras, a former Commander of the Estonian Defence Forces and current candidate of the Isamaa party to the European Parliament. He claims that by going to Moscow the Estonian president violated NATO’s principle of unity. Terras recalls that there have been cases in which Estonia was the one that criticised its European allies for wanting to build bilateral relations with Russia at the expense of solidarity with the EU and NATO. Now, Estonia’s own president has done exactly the same thing.