On Friday, May 22, the National People’s Congress (NPC) commenced its long-awaited session, throughout which key economic and security policy decisions will be made. This year’s session is exceptional for several reasons. In the first quarter of 2020, for the first time since Mao Zedong, the Chinese economy contracted by 6.8%. Along with the downturn there was also an increase in unemployment to 6.2%, with independent statistics showing that the real rate may be closer to 10%. The unfavorable economic trends overlap with the global narrative war with the US and the debate on limiting China’s role in international production chains. 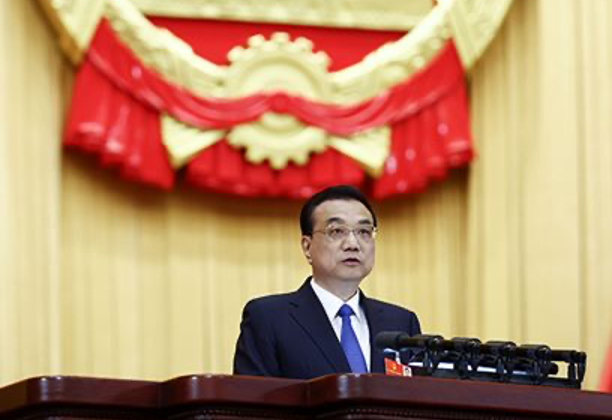 The situation has urged Prime Minister Li Keqiang to declare that the government will not adopt a specific GDP growth target this year, which is a departure from a long-standing policy of pursuing the exorbitant indicators. A bond issue of RMB 1 trillion (USD 141 billion) has been announced as a part of the stimulus package. The local authorities are expected to be the main beneficiaries of these funds. The earlier tranche of RMB 1.29 trillion (USD 181 billion) had exhausted the available limit and the next one required the approval from the NPC. The value of the bonds issued this year is expected to lie within RMB 3.5-4 trillion range, which is almost a two-fold increase in comparison to the previous year (RMB 2.15 trillion). As declared by Wang Kebing, a representative of the Ministry of Finance, the aim is a competition for financing “adequate” infrastructure projects that meet the profitability requirements. Adopting this solution would force the local authorities to compete for limited investment funds. This will be an extremely difficult task given the history of infrastructure projects to date and widespread corrupt practices. As a consequence of the pandemic, the local authorities have found themselves in a problematic situation, as indicated by data from March, showing a 26.1% decrease in fiscal revenues, as compared to last year.

Simultaneously, tensions in relations with the USA, the most important economic partner and the main strategic rival, have reached dangerous levels, raising questions about the possibility of maintaining their peaceful character in the future. As formerly predicted, the NPC approved a 6.6% increase in the military budget, despite the disastrous economic data for the first quarter. In the face of deteriorating relations with Washington, increasing nuclear and conventional deterrence as well as force projection is crucial to secure Beijing’s ambitions. The People’s Liberation Army (PLA) is undergoing a comprehensive modernization that is expected to result in a formation of a “world-class army” capable of meeting the level of American troops in 2050.

The Chinese parliament’s deliberations are not only held in the shadow of the accelerating arms race between the United States and China. One of the most intensively discussed issues within the Donald Trump’s administration in recent months has been the possibility of “disconnecting” both economies. Completion of this process would reduce the interdependency of the two countries and give the US a greater freedom in shaping its policy towards China. The call of the Director of the National Economic Council that the federal authorities should cover 100% of the costs of moving production from China to the USA and the establishment of a special fund for this purpose in the amount of USD 25 billion are a forecast of what may happen in the coming years.

The situation of the Chinese authorities is not improved by the global deterioration of the PRC’s image due to the inadequate response to the initial thus critical stage of the pandemic. An increasing number of countries are calling for an independent investigation to determine the degree of responsibility of the Chinese authorities for the existing situation. The change in mood may prove decisive in the case of European countries which still have not developed a common position towards China. One of the examples is the announced change of the British authorities regarding Huawei’s access to the British market in terms of 5G equipment and infrastructure. The allowed 35% market share threshold is expected to be significantly reduced.

Xi Jinping’s administration is confronted with both external and internal pressures, which may undermine the stability of the current leadership. President Xi, who in recent years has been described as “the most powerful Chinese leader since Mao”, faces challenges that threaten to keep him in power after 2022. The key to stability of the current leadership will be the effectiveness in counteracting the negative consequences of the economic and public relations crisis. A failure in this area might lead to an increased activity of the opposing factions within the CPC and attempts to put forward an alternative candidacy at the 20th Party Congress.