The Problematic Relations Between Hungary and the European Union

A deterioration in relations between Hungary and the European Union could be observed over the last decade. The key subjects of this dispute are the reforms introduced by the successive governments of Viktor Orbán. The tense situation between the Hungarian government and the EU institutions almost led to a veto on the budget and the Reconstruction Fund last December. Ultimately, Viktor Orbán reached an agreement with top EU officials, which was presented by some of the media outlets as a victory for Hungary at the EU level. 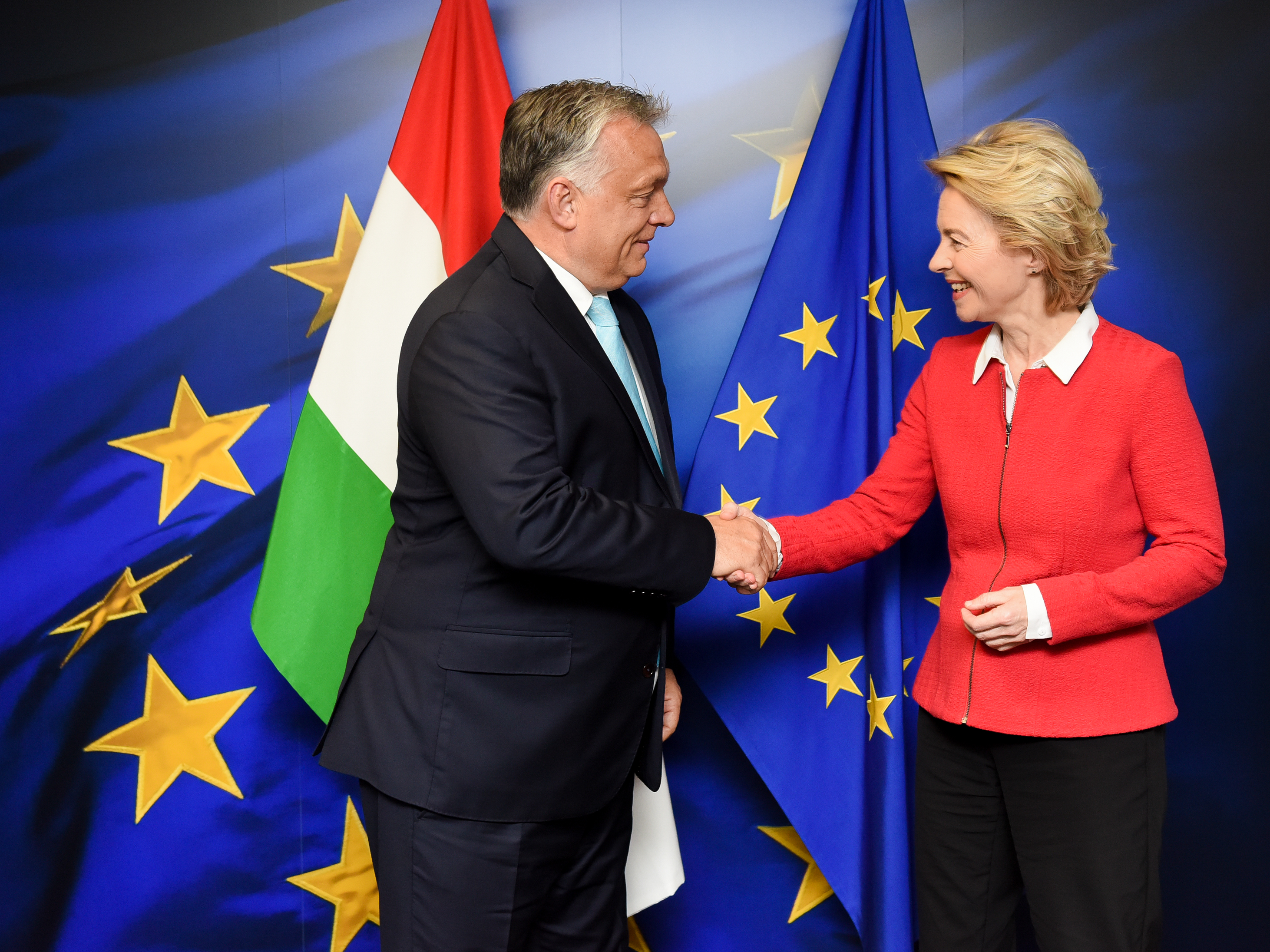 To begin with, it is worth recalling the origins of the dispute between the European Union and the government of Viktor Orbán – currently the third one since the Fidesz-KDNP coalition took power in 2010. The initial objections of the European Commission (EC) to Hungary’s domestic policy concerned mainly the new constitution, adopted in 2011, and internal reforms that changed the prerogatives of the Constitutional Court, the powers of the president as well as the scope of actions which require a two-thirds majority in the parliament, such as legislation related to the central bank. At the time, the European Commission expressed its concern about the reforms in light of EU rules and standards, and announced that it would take all possible measures, if necessary. Hungary’s opposition to the mandatory relocation of refugees during the migration crisis or the allegations of the European Union regarding the Hungarian media market likewise remained contentious issues in the following years.

In June 2018, as a result of the deliberations of the European Parliament’s Committee on Civil Liberties, Justice and Home Affairs (LIBE), the initiation of the procedure under Article 7 of the Treaty on European Union was recommended. This means that the Council of the EU found a serious breach of the values of the Union by a Member State. Possible sanctions under Article 7 may include, for instance, suspension of voting rights at meetings of the European Council and the Council of the EU. The decision was motivated by the serious risk of rule of law violations in Hungary.

The strategy of the fight against COVID-19 has repeatedly caused divisions between Hungary and the European Union. Already at the beginning of July 2020, Prime Minister Orbán announced that Hungary would not comply with the EU recommendations to open its borders to certain non-EU countries. Only residents of Serbia were allowed to enter Hungary, probably due to the fact that a significant Hungarian minority resides there. The same was true in late August and early September, when the European Commission stipulated that Member States should jointly set criteria concerning COVID-19 threat assessment in order to avoid a second wave of uncoordinated actions within the EU. Furthermore, the EC called for treating the neighboring countries with understanding. However, due to the record number of infections, Hungary closed its borders to tourists on September 1, 2020, whilst foreigners had to present a legitimate reason in order to be allowed in.

Despite the fact that it has been several years since the beginning of the migration crisis, the issues related to it are still relevant, which is particularly evident in the case of Hungary and the EU. The case concerns particularly the aftermath of a bill adopted in Hungary in 2017. According to it, in the event of high migrant influx, the asylum seekers have to personally submit applications in the transit zone and wait there for their resolution. Consequently, in May 2020, the Court of Justice of the European Union (CJEU) ruled that locating asylum seekers in the Roeszke transit zone without having their case heard by a court is against EU law. In September of the same year, the European Commission proposed the so-called migration pact, which gives Member States a choice between relocating or deporting a certain number of refugees. This proposal was met with criticism from Prime Minister Orbán who said that the Commission’s initial approach on migration has not changed because the EC still wants to administer migration instead of stopping the influx of refugees. Nevertheless, the Hungarian Prime Minister added that the proposal includes some good ideas, such as those concerning the deportation of people who are not eligible for asylum in the EU.

Among the current Hungary-EU relations, one of the most significant events of 2020 were the negotiations of the next long-term EU budget 2021-2027 (MFF) and the European Reconstruction Fund – a response to the COVID-19 pandemic. The EU budget requires the agreement of all Member States – in the absence of such an approval by the end of the year, a one-year provisional budget will be in force next year. In view of the new bill linking the budget to the rule of law, Poland and Hungary have announced that in such circumstances they will have to veto the budget and the Reconstruction Fund, arguing that the aforementioned mechanism is an attempt to punish the two countries for having different opinions on a number of issues. These include, among others, matters related to the migrant crisis and its aftermath. Moreover, representatives of both countries underlined that the new mechanism is incompatible with EU law and de facto undermines the rule of law instead of reinforcing it. Then, Prime Ministers Mateusz Morawiecki and Viktor Orbán began to look for a compromise solution to the contentious issue. Eventually, the EU leaders reached an agreement whilst doubts about the disputed bill were to be resolved by the concluded compromise on clarifying the principles of operation of such a mechanism. The governments of Poland and Hungary were assured that the mechanism’s provisions would only apply in the case of gross misuse of funds and would not apply to individual national regulations.

In the following years, we are likely to continue seeing strained relations between Hungary and the European Union. Despite the alleged success in Brussels and the lack of a veto, it is worth noting that the “money for the rule of law” mechanism ultimately remained in the budget. In turn, the veto could have resulted in an establishment of a separate reconstruction fund excluding Poland and Hungary. Currently, the attitude of Hungary towards the European Union is rather negatively assessed by the majority of the Member States. Additionally, there are concerns that the Fidesz party might be excluded from the largest faction in the European parliament – the European People’s Party (EPP). Hungary continues to be an active state on the EU forum by, among others, endorsing the projects of the Visegrád Group, supporting the Middle East policy of the United States and recently also calling the EC for greater EU support for the Eastern Partnership initiative in terms of access to COVID-19 vaccines for the Eastern European partners countries. In 2021, the resettlement of migrants will be a priority of the Hungary-EU agenda since Portugal, which is taking over the presidency, plans to propose an agreement concerning the forced relocation of migrants among EU Members.

A graduate of Diplomacy and a student of Eastern Studies with a specialization in China and Russia. He gained his professional experience in the NGOs and public sector. His areas of interest include the politics of the Visegrad Group countries, the Three Seas Initiative, geopolitics and foreign languages.