President Zelensky. The Beginning of the Big Game

In accordance with expectations and polls, Volodymyr Zelensky probably won the second round of the presidential elections in Ukraine. What can be a little surprising is the magnitude of the victory: almost three-quarters of voters voted for Zelensky and only one in four voted for his rival. Therefore, Ukrainians have put much trust in the president-elect. Will he come up to expectations? His close relationship with oligarch Ihor Kolomoyskyi and the fact that the parliament is dominated by supporters of Petro Poroshenko may pose a problem. 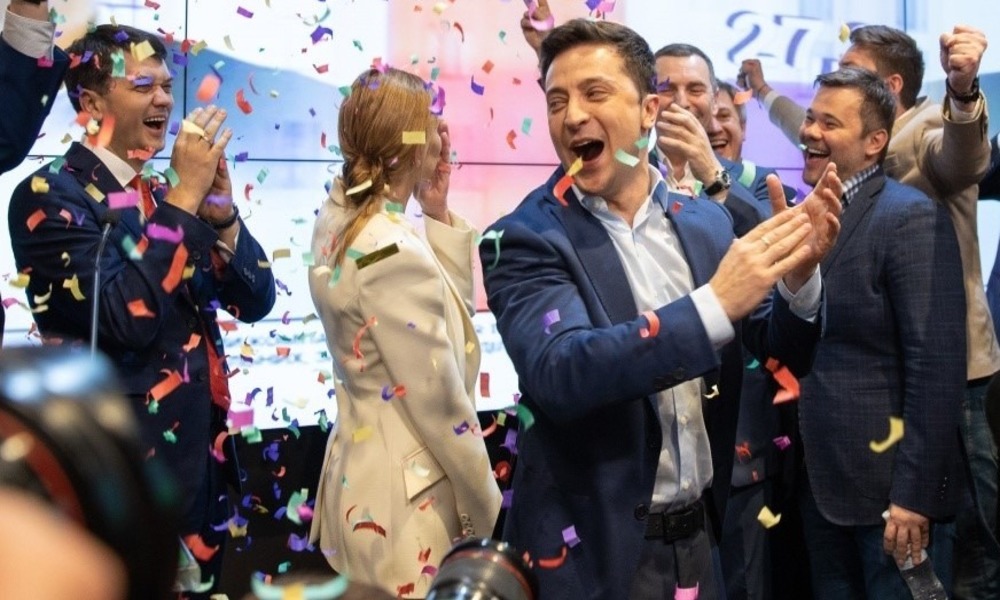 In the current system of Ukraine (semi-presidential) Zelensky is not able to do much without the cooperation with a majority of the Verkhovna Rada. He cannot change the PM, establish a new government, change the Head of the Security Service of Ukraine or Prosecutor General. All these positions are now occupied by the proponents of Poroshenko. Without changes, Zelensky is not able to fulfil his election promises to combat corruption and to conduct the process of “deoligarchisation” of Ukraine. Therefore, his first task will be achieving a majority – at least situational – in the Verkhovna Rada. As this is not very likely, it is rumoured that the term of the current cabinet may be shortened. Of course, Zelensky would present it as a necessity because only then he would be able to take full responsibility for the state. The problem is that it will be difficult to find a majority in the Verkhovna Rada which would like to shorten its term by half a year. Most factions of the current parliament have little chances to enter or remain in the same number in the new parliament. Zelensky, for sure, can count on deputies loyal to Kolomoyskyi, members of Batkivshchyna (Yulia Tymoshenko), deputies connected with Viktor Medvedchuk and Yuri Boyko, Avakov’s group in the ‎People’s Front‎ and part of deputies chosen in the single-mandate districts who can be bribed by the promise of re-election. But this may be still not enough. In this situation, Zelensky will be forced to operate with the current parliament until October. During these six months, Zelensky can lose much of his popularity – and then Servant of the People political party supported by Zelensky plus his potential allies may not get a majority. In such a situation we will see a weak president and oligarchs in power controlling their groups of deputies.

It is possible that Kolomoyskyi is counting on such a scenario. The sentence of the Administrative Court in Kiev three days before the second round of the elections was the sign of Kolomoyskyi’s political return. The Court claimed the nationalisation of the Pryvatbank, which previously belonged to Kolomoyskyi, to be illegal. This implies that the opportunist judges and other offices abandoned Poroshenko and support the person who is deemed by some people a real winner of the elections. In the following weeks, people will find out whether Zelensky is only a puppet of Kolomoyskyi (as his opponents claimed) or he will actually try to be objective also with regard to this oligarch. If the second option is true, it can soon turn out that Zelensky is a weak president without a strong backing, and Ukraine will face a new division of influences and oligarch governance in a new system. But this will turn out during the parliamentary elections.