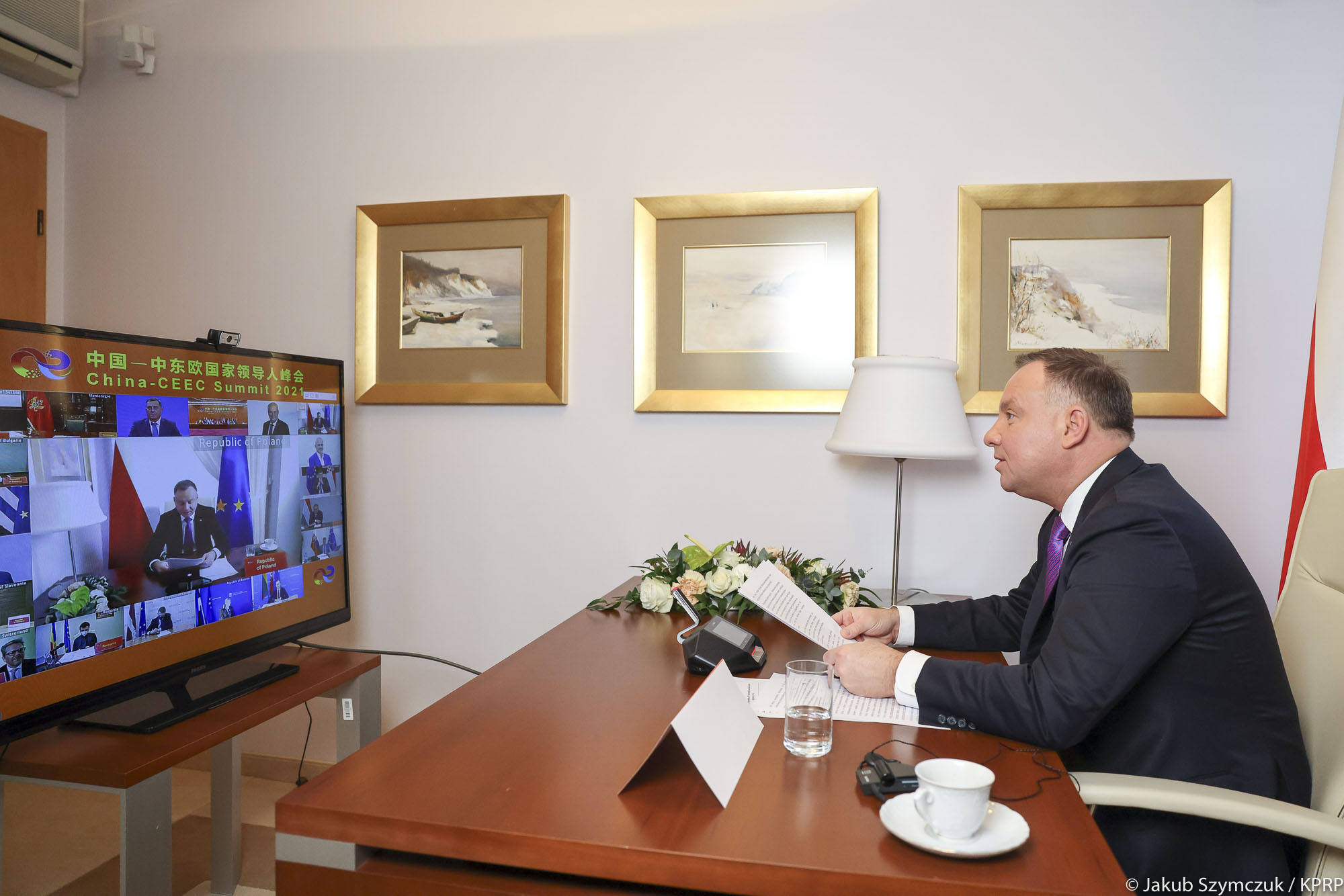 The Polish President congratulated the Chinese leader on the organization of 9th Summit of Central and Eastern European Leaders and China (17+1). He emphasized that his participation in the meeting was demonstrating the willingness to maintain good relations with the People’s Republic of China (PRC), and that significant events in the Central European region cannot take place without the active participation of Poland.

The leaders discussed the importance of the Polish transport infrastructure to the economic cooperation between Poland and China, paying special attention to railroads. Moreover, they discussed the Comprehensive Agreement on Investment (CAI) as well as greater business cooperation and diplomatic contacts. President Xi Jinping invited Andrzej Duda to pay a state visit to China.

Importantly, the subject of Chinese vaccines was also raised. At the request of Prime Minister Mateusz Morawiecki, the Polish President discussed the possibility of purchasing vaccines manufactured in the PRC by Poland. This will be further deliberated at the intergovernmental level. According to a press release of the Chinese Ministry of Foreign Affairs, Beijing is “willing to provide Poland with COVID-19 vaccines within its capabilities in accordance with the country’s demand.”

Additionally, the Chinese Foreign Ministry noted the importance of Poland in Central and Eastern Europe (CEE) and the European Union (EU). The record number and payload of freight trains were highlighted, reflecting the high interdependence of supply chains between China and Poland as well as between China and the EU. China assured its willingness to increase imports of high-quality agri-food products from Poland.

It could be observed that the economic aspects, including trade in the agricultural sector, transport of goods by rail and openness to cooperation in terms of business, are the most important ones for both leaders and countries. Polish exports to China in the first 11 months of 2020, according to Statistics Poland data, amounted to USD 3.06 billion, which means an increase by almost USD 418 million (15.8%), and the value of imports from China to Poland by November 2020 increased by 10, 8% to $ 33.62 billion.

It is noticeable that the relations between Warsaw and Beijing are improving. During the 17+1 summit, Poland was represented by the President, so by a person of the highest rank, although according to the Rzeczpospolita daily, the Polish Ministry of Foreign Affairs advised the President not to take part in this event. The change of President’s attitude to China may be a way of showing the new US administration that Poland has also other potential partners besides the widely understood West.

In terms of vaccines from China, should Poland decide to purchase them, it would be the second EU country to do so (after Hungary). However, taking into consideration the current state of vaccinations in Poland (8.82% of the population), most probably there will be no need for it. Additionally, buying and vaccinating with Chinese jabs may be problematic since they are not approved by the European Medicines Agency (EMA) and, as a result, Poland could face criticism from the EU.