Polish Prime Minister Mateusz Morawiecki presented his position on the development of the 5G network in a statement for the Daily Telegraph. In his view, Europe should continue its alliance with the USA also on a technological level. A few days earlier the Chinese Embassy in Poland presented its proposal for the development of 5G in our country. 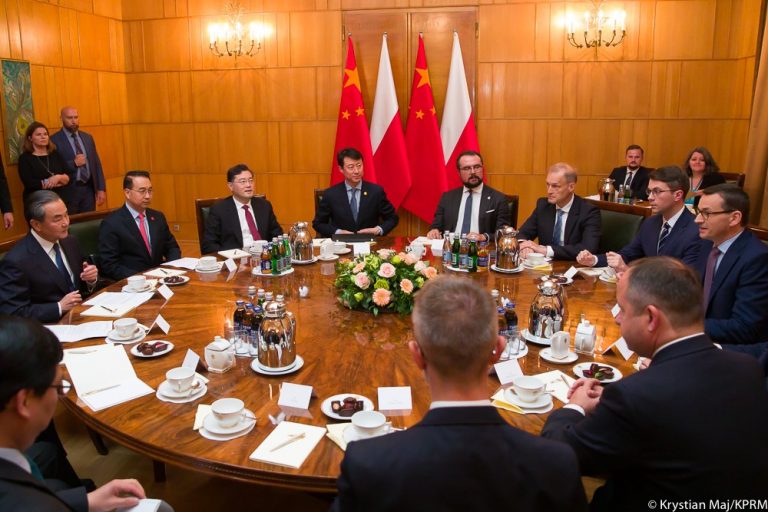 Prime Minister Mateusz Morawiecki stressed in his text from July 16 that we are facing a very important battle for the future shape of our economy after the COVID-19 pandemic. Owning secure production lines and making decisions concerning 5G will be crucial. Authoritarian states would not provide sufficient security. The Prime Minister made it clear that on our continent we have two companies with “transparent business practices based on the rule of law” and “companies controlled by an authoritarian regime.”
Further, the Prime Minister points out that technological security is a key component of the whole national security. Therefore, technology suppliers must come from countries that respect our fundamental values: democracy, transparency, human rights and the rule of law, otherwise the technology supplier cannot be controlled.

Additionally, he recalls that “alliance with the United States brought prosperity and peace to post-war Western Europe, and to this day brings security to almost all of our continent. My government believes that Europe needs to continue this alliance in a technological dimension, especially when it comes to the construction of our 5G network.”

A few days earlier an entry of the Ambassador – Liu Guangyuan entitled “Open cooperation in 5G, rejoice in joint development” was published on the website of the Chinese Embassy in Poland. It intended to repulse the recent attacks by the US (including US Ambassador to Poland – Georgette Mosbacher) which intended to discredit 5G network solutions provided by the Chinese company Huawei.

The Chinese Ambassador has firmly stated that the allegations against Chinese companies are “sinister and unfounded” and that the goal of the US is only to halt the development of the Middle Kingdom. He further justified that it is the Americans who have their own spying software and exploit security gaps. For 30 years, during which Huawei has provided services in more than 170 countries, there has been no serious breach of network security. Network security agencies in the UK and Germany, among others, are said to confirm that.

In the following paragraph, the Ambassador emphasized the economic and telecommunications industry’ contribution that Huawei made in Poland for 16 years. It created a regional center covering 28 countries of Eastern and Northern Europe and in the future it will create an R&D center here, among others. Huawei cooperates with universities, employs almost 1000 people in Poland, indirectly creating over 3000 jobs, as well as supports charity actions.

In the subsequent section, the Ambassador assures that Huawei’s products, allowing to implement the 5G network in Poland, can significantly reduce the costs of its construction. As he says: “According to experts’ estimates, exclusion of Huawei from the works means that the cost of building 5G in Poland will be doubled, raising it to EUR 8.5 billion” as well as “Moreover, the digitalization process in Poland will be delayed by 2-3 years, which will not allow Poles for further development in the 4.0 industry era.”

Evidently, the statement of Prime Minister Mateusz Morawiecki should remove all doubt of the Chinese Ambassador to Poland. All indications are that despite Beijing’s further attempts, Poland will not make use of 5G technological solutions prepared by Huawei. The first official confirmation of this state of affairs took place in September 2019. It was then that Prime Minister Mateusz Morawiecki signed a declaration concerning 5G network security along with the Vice President of the USA – Mike Pence. Poland is not the only country that decided to take this step. Among them Great Britain, Australia, New Zealand and the Baltic States are worth mentioning. Amongst other countries in Europe, the potential to adopt solutions from China is also decreasing. NATO and EU members should approve a common strategy for the upcoming decision on 5G network implementation, which is crucial for the future of our countries.