On September 8, the Polish Ministry of Digital Affairs published a bill opening the legal way to exclude suppliers of telecommunication equipment that pose a potential threat to the security of the national cyber system. These changes should be considered in the context of an attempt to actually eliminate or clearly limit Huawei’s participation in the creation of Polish 5G infrastructure. The actions would fit in with Poland’s policy of strengthening its strategic alliance with the United States and building a democratic block of digital economies. 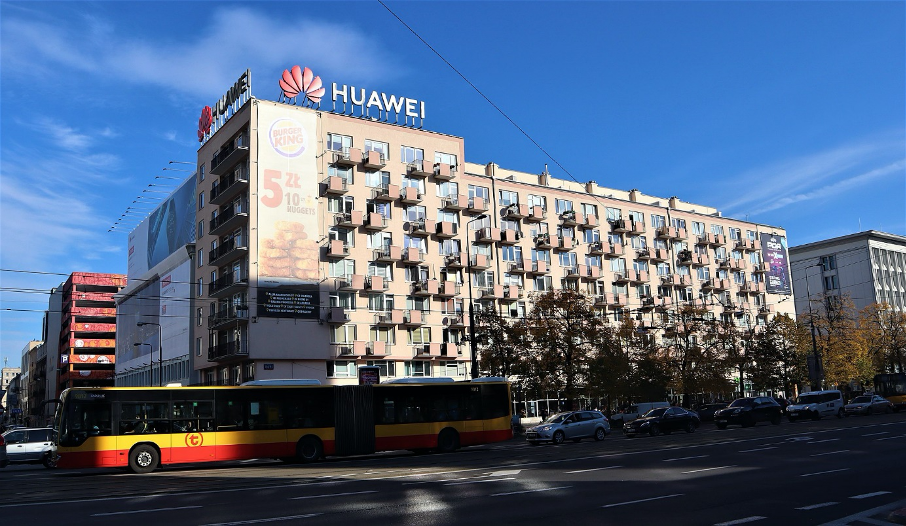 Article 66a. 4. of the draft bill states that the assessment of the equipment supplier by the Committee appointed for this purpose should include analyses of “threats to the implementation of allied and European commitments” and “threats to national security of economic, counter-intelligence and terrorist nature.” Notably, the Committee includes the Prime Minister, the Ministers of: Digital Affairs, Interior, National Defense, Foreign Affairs and the Minister – Special Services Coordinator. The evaluation criteria comprise the undesirable influence of a country outside the European Union and NATO on the supplier as well as the degree and type of interconnection. Another indicator is to be the legislation on the protection of human rights and personal data, the ownership structure and the ability of state authorities to interfere in the company’s activities.

The aforementioned criteria clearly indicate that the planned legislation is targeted at Huawei, which is accused by the US authorities of espionage for the Chinese government and implementation of its political agenda. In the event that the Committee decides to consider Huawei a “high-risk” supplier, mobile network operators will be required to stop purchasing the company’s equipment and withdraw the equipment already in use within five years.

This type of project is no surprise as on September 5, 2019, the US-Poland Joint Declaration on 5G was signed, which clearly demonstrated the willingness of the Polish authorities to accept the American requests. In July 2020, Prime Minister Mateusz Morawiecki, published an article in the British “The Daily Telegraph” in which he outlined a vision of the European approach to 5G technology, warning against “undue influence from authoritarian regimes.” Thus, the head of the Polish government expressed support for the decision of the United Kingdom to fully exclude the Chinese communications giant from its market.

A characteristic feature of Polish foreign policy is the prioritized character of relations with the United States. The revisionist policy of the Russian Federation in the post-Soviet area, combined with the weakness of the European Union on the military level, leads the authorities in Warsaw to further tighten bilateral cooperation with Washington and multilateral cooperation with NATO. These two directions of activity are identified as the foundation of the defense strategy and the only real warrantor securing the vital interests of the countries in the region. An example of such a policy was the signing of the Enhanced Defense Cooperation Agreement (EDCA) in Warsaw on August 15, which increases the rotating presence of American troops in Poland (7,000 in total). Due to the escalation of the global confrontation between the USA and China, the American authorities strive to convince key partners and allies to give up the hardware and software offered by Chinese companies. The Polish authorities’ acceptance of Washington’s position on 5G was undoubtedly a part of the negotiations on increasing the size of the US contingent.

Similar solutions with respect to 5G are to be expected in other CEE countries (Estonia, Lithuania, Latvia, Romania), for which the United States remains a key partner in the security sphere. In the European dimension, Huawei’s situation does not look much better since the British authorities decided to fully prohibit the use of equipment supplied by the Chinese company on July 4. On the other hand, the French government has introduced a licensing system that is expected to lead to the actual elimination of Huawei’s equipment by 2028. The position of Germany, which still has not made its final decision due to the divisions created over this issue within the ruling CDU/CSU/SPD coalition, will have a decisive influence on the approach of other countries.