A meeting of the foreign ministers of China and Pakistan 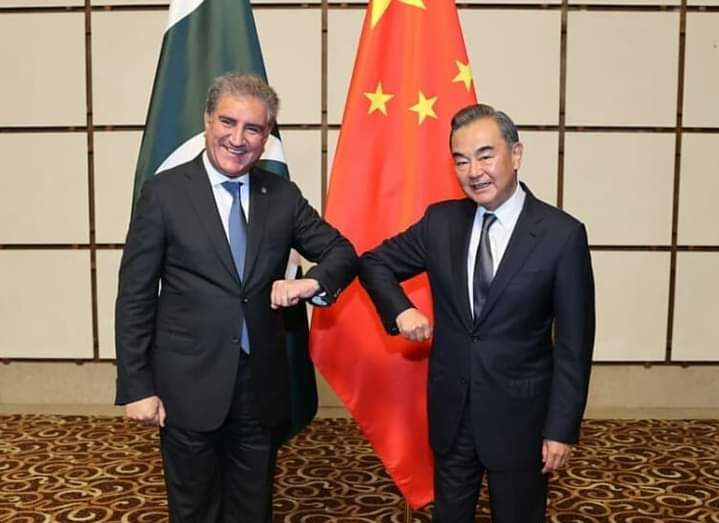 During the meeting, both ministers discussed the COVID-19 pandemic, bilateral relations as well as international and regional matters of common concern. Both parties drew attention to mutual cooperation in the fight against COVID-19, setting an example to the international community. They opposed the politicization of the pandemic and supported the World Health Organization (WHO) in playing a leading role in global public health governance.

A strategic partnership that is “beneficial for international and regional peace and stability” was reaffirmed. The Chinese side reiterated that Pakistan remains China’s “staunchest partner” and that China would “firmly support” Pakistan in “safeguarding its territorial integrity, sovereignty and independence.” The Pakistani side reaffirmed its strong support for China on the matters regarding fundamental interests, such as those related to Taiwan and Xinjiang.

According to the Joint Declaration, the China-Pakistan Economic Corridor (CPEC) has entered a new phase of development and projects under it are to be completed on time. The focus on economic and social development, closer cooperation in specialized economic zones or industrial relocation were also confirmed.

The Pakistani side informed the Chinese delegation about the situation in Jammu and Kashmir, including its concerns and position. Representatives of China opposed any unilateral actions in this matter, recommending a peaceful solution.

Both sides agreed to strengthen cooperation on the Afghan issue as well as appreciated the efforts of the Afghan government and the Taliban, aiming to initiate negotiations in Afghanistan. They underlined the importance of an inclusive, broad-based and comprehensive negotiated agreement for future political settlement in Afghanistan.

As this conference shows, the Pakistan-China friendship remains at a high level. The first meeting in this format took place in March 2019 in Beijing. Congratulatory letters on the occasion of the second ministerial conference were also sent by the General Secretary of the CPC – Xi Jinping and the President of Pakistan – Arif Alvi, which illustrates the significant status of relations. Additionally, there are some unconfirmed information about Xi’s possible visit to Pakistan in September. Both countries intend to benefit economically from the Belt and Road Initiative and the CPEC, which are complementary. One of the most important points in China-Pakistan relations and among the aforementioned projects is the expansion of the strategic port of Gwadar, as it could provide China with a valuable commercial alternative to the Strait of Malacca. Furthermore, some commentators say that the aforesaid meeting was related to the need for financial support for the government in Islamabad, following the recent pressure from Saudi Arabia to return the USD 3 billion loan. China and Pakistan also share a similar viewpoint and cooperate on issues, such as: border disputes with India, a complicated relationship with this country and peace talks in Afghanistan. In the current geopolitical situation of the region, it is expected that the strategic alliance of the two countries will be intensified and strengthened.