China – India relations after clashes in the Galwan Valley

The clashes in the Galwan Valley in East Ladakh, which cost the lives of 20 soldiers of the Indian armed forces, could be a turning point in New Delhi’s policy towards Beijing. So far, the relationship with China has been characterized by a search for balance between attractive economic cooperation as well as growing security threats and challenges. The goal was to maintain strategic autonomy by developing cooperation with Washington whilst avoiding a clear engagement on the US side. The continuing crisis in relations with China may lead to a clear reevaluation of the New Delhi’s strategy as well as to deepen security cooperation with the United States and other Quad countries (Japan, Australia). 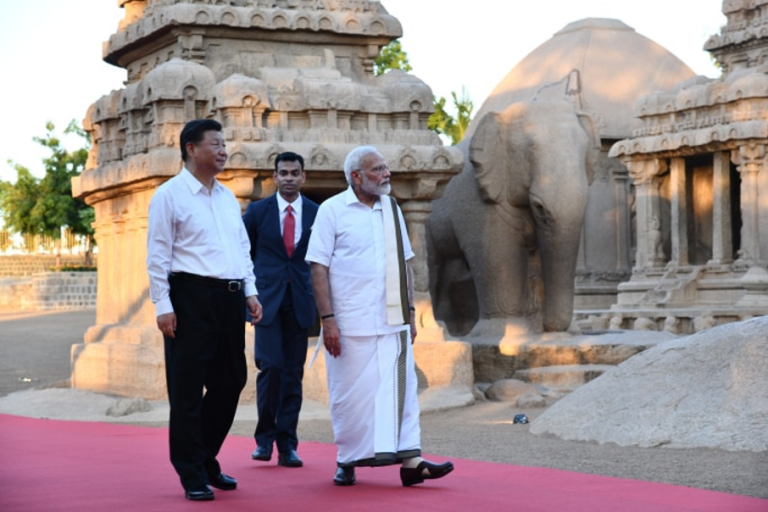 Since the establishment of the Republic of India, the strategic autonomy and the principle of relatively equal distance to the leading powers have been the foundation of New Delhi’s foreign policy. In the decade 2010-2020, however, this way of thinking began to be increasingly contested, mainly due to China’s growing cooperation with Pakistan, rising tensions at the disputed section of the border and Beijing’s increasingly active policy in South and South-East Asia. According to a mounting number of military and political circles, these actions confirm an attempt to strategically encircle India and marginalize its influence in the region. Moreover, they reflect a lack of understanding of India’s concerns and ambitions with regards to the region that is considered by the Indian authorities as its sphere of influence.

The Indian Ocean is becoming an increasingly significant area of rivalry between China and India. Since 2015 and the publication of the Military Strategy, the Chinese authorities have clearly reoriented their priorities by increasing the role of the Navy and protecting the sea lines of communication (SLOCs). Furthermore, a concept of “two oceans” has emerged, which refers to strengthening the People’s Liberation Army (PLA) presence not only in the Pacific but also in the Indian Ocean with the use of the blue water navy. The growing activity of the PLA’s Navy in the eastern part of the basin and the projects within the Maritime Silk Road (MSR) have met with great interest of scientific and analytical circles. From the New Delhi’s perspective, the optimal scenario is to transform the Indian Ocean into the “ocean belonging to India” by applying a modified version of Monroe’s doctrine. India’s limited ability to project strength, which is insufficient to realize this ambitious vision, remains a problem. Currently, securing communication routes in such a vast area is only possible in coordination with the US Indo-Pacific fleet.

Further PRC’s increased activity in the Indian Ocean and a military pressure on the land section may push the authorities in New Delhi towards a stronger engagement in the anti-Chinese coalition formed by the US in the Indo-Pacific region. Although India is not a party to the South China Sea dispute, the possibility of its participation in FONOPs (Freedom of Navigation Operations) and a consistent increase in military presence in the Andaman and Nicobar Islands, adjacent to the Strait of Malacca, should not be entirely excluded.

One of the main obstacles to India’s unequivocal commitment on the US side are concerns about the weakening American position in the Indo-Pacific. For Washington, the presence in Asia is associated with maintaining the hegemonic position in the world and the forward defense in the Pacific. A full withdrawal from Asia would mean a loss of status and a reduction of the security level, but would not constitute an immediate threat to US territory. For India, the dilemma is much more serious because if it engages in the anti-Chinese coalition and despite that the US withdraws or fails, it will remain with an increasingly powerful and hostile neighbor.

Furthermore, the adoption of the anti-Chinese direction is a developmental dilemma for India. China is India’s second most important export destination (5.1%, 16.6 billion dollars) and the primary source of imports (15.4%, 75.5 billion dollars). Additionally, the American option would involve an attempt to at least partially disconnect from the PRC’s economy, which would certainly hinder the process of recovery from the crisis caused by the COVID-19 pandemic. A potential argument in favor of China’s economic isolation would be to move some of the Asian production chains to the industrial regions of India, but this is still an idea in the initial implementation phase.

The aforementioned factors make the whole process rather evolutionary than revolutionary, even if the Indian authorities will put cooperation with the US and Quad countries as well as rivalry with China in a long-term perspective. A formal military alliance is still an unlikely scenario as India will seek to maintain room for maneuver and avoid involvement in a potential conflict in the Western Pacific. The steps taken in the security sphere will be proportional to Beijing’s aggressiveness, which allows for maintaining the current status quo. Moreover, a strong emphasis will be placed on developing network cooperation with other Indo-Pacific actors such as Australia, Japan, Vietnam and Indonesia. Much will depend on the credibility of the USA seen as an actor binding the Indo-Pacific concept and how confrontational will be the course of China in relations with India.