Pompeo’s visit to Europe according to the Chinese media

As it could be expected, the visit of the US Secretary of State – Mike Pompeo to the Czech Republic, Slovenia, Austria and Poland met with criticism from the Chinese media. They tried to present these visits as a diplomatic failure of the USA and as an unfounded attack on Beijing. 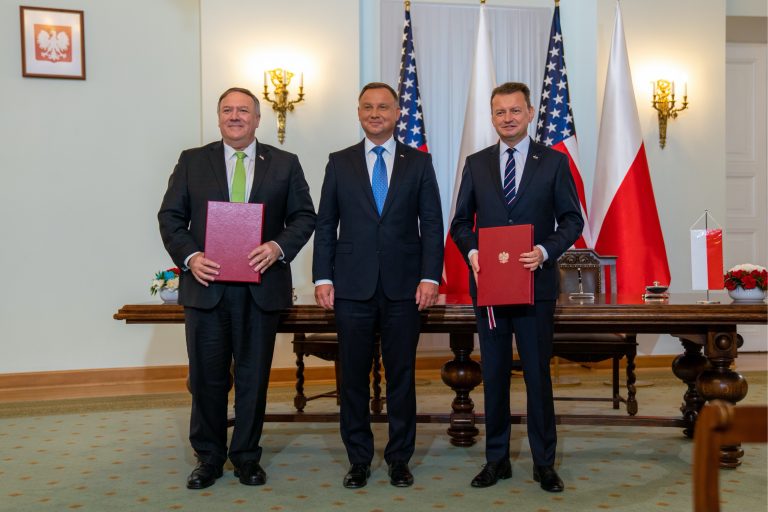 Journalists from the Chinese media presented Pompeo’s visits as a groundless attack on Beijing and an attempt to involve countries in the US dispute with China and Russia. They wrote about an effort to indoctrinate the “friends of America” with slander and lies, trying to bring back the Cold War.

The articles attempted to show that the attitude of the representatives of the visited countries towards Beijing is different from the one that Pompeo presented and that there is little support for his rhetoric. For example, they quote Czech Prime Minister – Andrej Babiš, who did not reiterate the anti-China attitude of the USA as well as said that in terms of 5G and cybersecurity the Czech Republic is “a sovereign country and I do not see any major threat here.” It was emphasized that the authorities in Prague refused to exclude Huawei as a potential partner in building 5G networks.
It was pointed out that Austria shared a similar position to the Czech Republic on 5G and cybersecurity issues. In the case of Austria, it was also reminded of the critical attitude of their representatives and journalists towards US sanctions on Nord Stream 2.

Concerning the visit to Slovenia – there was some support from the “populist government” for the US theses. In the opinion of Chinese media, the signed declaration on the security of the 5G network was to be met with “widespread criticism from both political and media circles.” The statements of politicians and the Slovenian press that were quoted in Chinese articles were unfavorable to the decision of the authorities in Ljubljana.

In terms of the visit to Poland, commentators indicate to, among others, an attempt to balance Germany by offering Poland a “carrot” through sending more soldiers there and talking about the Three Seas Initiative, through which the USA is trying to drive a wedge into Europe, overthrow the balance of power and transform European geopolitics. According to commentators, the defensive cooperation between the USA and Poland is “another thorn between Washington and Berlin, as well as between Warsaw and Berlin.” It was also pointed out that Poland, as a new (!) member of the EU, is in conflict with Germany and France due to the reform of the judiciary. Close cooperation between the US and Poland was seen as Washington’s plan to weaken Europe and the EU.

In the context of Poland, it is also worth examining what were the reactions of Chinese representatives in our country. The spokesperson of the Embassy of the People’s Republic of China in Poland made reference to Pompeo’s visit. As phrased in the statement, the US Secretary of State “once again spread false information, attacked and slandered China for no reason, and tried to sow discord between China and Poland.” Furthermore, the spokesperson called on Pompeo and other US politicians to “abandon their Cold War mentality and ideological bias, and stop slandering China, politicizing the issue of 5G, and undermining global solidarity and cooperation.” The spokesperson’s full response was also published by the popular state news agency Xinhua. The Chinese ambassador to Poland – Liu Guangyuan, posted his comment on Twitter. He wrote: “Provoking ideological confrontations and promoting hatred is against the trends of the 21st century. A small group of American politicians are unsuccessfully trying to turn the international community against China, which is not in anyone’s interest and is doomed to failure.”

According to the Chinese media, actions of the USA divide Europe whilst Washington does everything because of business interests. With some satisfaction they note that the ability of the US to build alliances is becoming increasingly complicated. Chinese observers stated that Central and Eastern Europe should not go back to the times of the Cold War, which Secretary Pompeo is aiming for. The visit was supposed to be a manifestation of the US hegemony, which is rooted in the outdated idea in which the US still considers Europe as its front line against China and Russia. The articles often emphasize the thesis that the development of China and maintaining globalization is the best decision for everyone whilst the US hegemony is constantly weakening. Interestingly enough, there have also been references to the lack of visit to Germany, which does not want to clearly stand on the side of Washington. The points of contention were mentioned here and included: Nord Stream 2, spending 2% of GDP on defense within NATO or the transfer of part of the US army from Germany to Poland. It was reminded that Beijing has its own initiative for the countries of Central and Eastern Europe in the form of the Belt and Road and the 17+1 format. Attempts by the USA to block Europe’s strategic potential and the continent’s independence were emphasized. From the Polish perspective, the critical stance towards strengthening the US military presence in our country and towards the Three Seas Initiative should cause concern.