The General Secretary of the Communist Party of China – Xi Jinping, and the President of the Russian Federation – Vladimir Putin, exchanged congratulatory letters on the occasion of the beginning of the Year of Scientific and Technological Innovation between the two countries on Wednesday, August 26. During the videoconference, representatives of both countries concluded new agreements on strengthening technological cooperation. 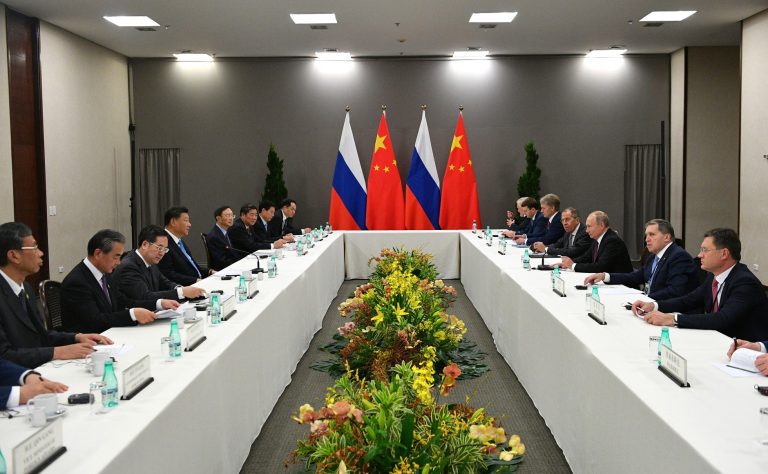 In his letter Xi emphasized that the beginning of the Year of Scientific and Technological Innovation between China and Russia “fully reflected the high level and exceptionality of their comprehensive strategic partnership of coordination for a new era.” Moreover, he mentioned that “China and Russia have been working together and helping one another as the COVID-19 pandemic rages across the globe.” The experiences of fighting the pandemic are to strengthen bilateral exchange and cooperation.

Furthermore, the General Secretary said that “China and Russia, as responsible major countries in the world as well as scientific and technological powers with important influence, should move forward with the tide of the times, grasp the trend of development, and advance the all-round, multi-level and wide-ranging exchanges and cooperation between the scientific and technological personnel of the two countries, so that they can make greater contributions to the reform of the global governance system and the building of a community with a shared future for humanity.”

In his letter, Putin highlighted scientific and technological innovations as one of the most promising areas of cooperation between Russia and China, which will determine the future of both countries and improve the living standards of both nations. He pointed out that the governments, in addition to the medical and scientific departments of both countries, have been cooperating closely in the fight against COVID-19.

According to the Russian government websites, it has been established that within the framework of scientific, technical and innovation cooperation more than 1000 joint events are planned, in which different scientific organizations from various regions of both countries will take part. Joint research is planned in areas, such as: computer science, artificial intelligence, mathematics, physics, materials science, transport systems, astronautics, agrotechnology, energy-saving technologies and environmental protection. Additionally, attention was drawn to the aspect of mutual study of languages – Russian and Chinese.

During the meeting, Tatyana Golikova and Sun Chunlan signed, among others, the following documents:

– Protocol for the implementation of the action plan under the Year of Scientific and Technological Innovation;

– The “Roadmap” of Russian-Chinese cooperation in the fields of science, technology and innovation for the period 2020-2025;

– Agreement between the Joint Institute for Nuclear Research (Dubna) and the Ministry of Science and Technology of the PRC;

– Memorandum of Understanding between the I.I. Mechnikov Scientific Research Institute of Vaccines and Serums and the Institute of Microbiology of the Chinese Academy of Sciences on the establishment of a joint laboratory for research on COVID-19;

– Memorandum of Understanding between the St. Petersburg State University and the Tsinghua University on cooperation in the field of training specialists in innovation with Russian language skills.

As another initiative shows, the strategic partnership between China and Russia is still being built. The axis of cooperation is the willingness to reduce the domination of the United States and the West as well as to create a multipolar world. The 21st century is a combat zone for the primacy in the domain of new technologies. The cooperation of both countries can bring mutual benefits. However, it is necessary to bear in mind the financial and thus developmental disproportions between the two countries. Towards the end of 2019, Russia generated 38 times less scientific patents than China and 16 times less than the United States. The close partnership will continue to last, consequently, it is vital to keep their joint actions under close scrutiny because they could potentially threaten our national interests and security.