PLA’s armaments during the pandemic

A National People’s Congress meeting, during which a new defence budget of the PRC will be presented, is scheduled for May 22. According to forecasts, it will be further increased despite the recession of 6.8% in the first quarter of 2020. So far, the PRC authorities have claimed that the increase in military spending is sustainable and its dynamics are consistent with the economic situation. A clear increase in the budget would mean an official break with the policy of spending 1.3% of GDP on armaments (USD 176 billion in 2019). Contrary to the data published by the PRC authorities, the military budget is, in fact, higher by at least 0.5%, according to the Stockholm Peace Research Institute statistics, and amounts to 1.9% and USD 261 billion. 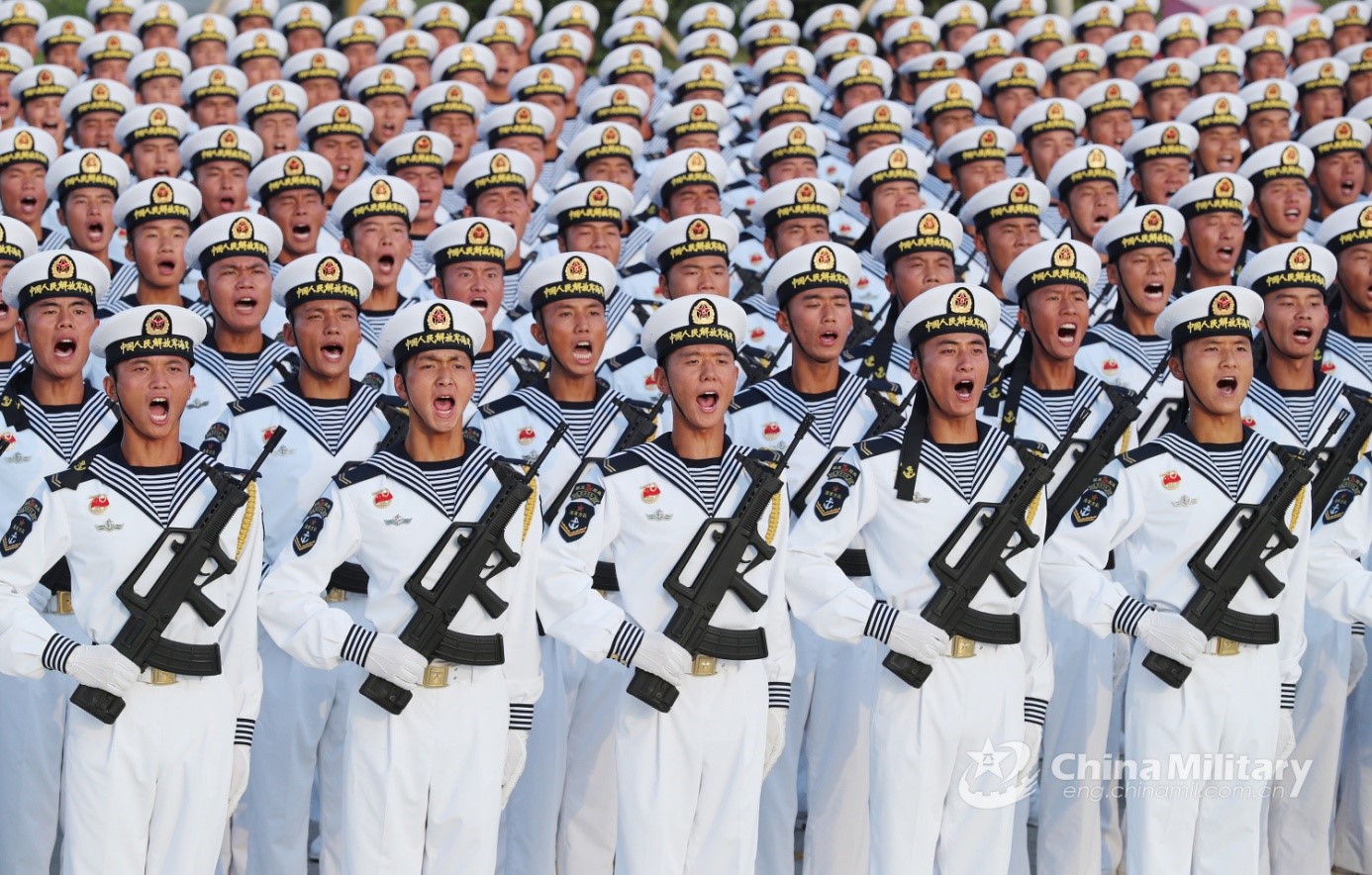 From Beijing’s perspective, the maintenance of the increasing military spending is necessary to continue the most important modernisation programmes of the Chinese People’s Liberation Army. These include ambitious plans to expand the fleet of aircraft carriers equipped with nuclear propulsion (Type 003 and 004), nuclear submarines carrying ballistic missiles (SSBN Jin-class Type 094), frigates (Type 054a) and rocket cruisers (Type 055, 052D). In January 2020, the ship Nanchang (南昌 Type 055) was introduced into service, described as one of the most modern of its kind in the world. At the end of April, PLA acquired two submarines (Type 094) with a nuclear missile range of more than 7,000 km as well. The latest US Congressional Research Service (CRS) report predicts that by the end of 2020, the People’s Liberation Army will posses 360 ships, while the US Navy will have 297 units. The CRS forecasts indicate that by 2030, the Chinese fleet will increase to 425 units resulting in a relative weakening of the US Army’s ability to project power in the Indo-Pacific region.

However, Chinese modernisation programmes not limited to the fleet only. Missile troops, which until 2015 formed the Second Artillery Corps in the structure of land forces (第二炮兵部), are being intensively expanded. A key role is assigned to medium and intermediate range ballistic missiles (DF-21D, DF-26D). DF-21D (range of 1.5 thousand km) is referred to as the “aircraft carrier killer” (航母杀手) and is one of the main threats to US strike groups. In turn, the DF-26, with a range of about 3-4 thousand kilometres, allows striking targets in the so-called “Second Island Chain” (第二岛链以内), including the American Andersen base on Guam island. The missile force development programme is, therefore, one of the basic tools of the implementation of the A2/AD strategy of the Chinese People’s Liberation Army.

The plans to create a “world-class” air force capable of fighting with the US Air Force equipped with F-22 “Raptor” and F-35 “Lightning II” aircraft. This goal is to be achieved by introducing the fifth-generation “Chengdu J-20” multi-purpose aircraft to key units and popularising the advanced fourth-generation aircraft: J-16 and J-10 C. In addition, in 2016, Gen. Ma Xiaotian (马晓天) (Commander of the Chinese Air Force in years 2012-2017) publicly announced the launch of a programme to build a strategic bomber known as the H-20. Its creation would lead China to achieve a nuclear triad and further enhance its nuclear deterrence capabilities.

The above-mentioned directions of PLA’s development are only elements of the complex and costly modernisation process undertaken by the Chinese authorities. As tensions between Beijing and Washington increase, military power can be expected to play an increasingly important role in securing Chinese interests in the Indo-Pacific region. However, the prospects for the implementation of these programmes are questionable given China’s slowing economic growth, which will deteriorate further as a consequence of the SARS-COV-2 pandemic. The effective implementation of the current arms policy will involve not only increasing costs for the economy, but also a worsening perception of China among the countries of East and South-East Asia. The militaristic direction taken by the Chinese authorities, supported by a nationalist narrative, has a chance to lead to the consolidation of the coalition of countries in the region and the United States.