China and Africa – “marriage of convenience”?

In the first half of April, recordings of immigrants from Africa camping on the streets of Guangzhou, who were to be evicted, tested and quarantined, were published on the Internet. The way the Africans were treated outraged not only the public but also the Speaker of the House of Representatives of Nigeria Femi Gbajabiamila. 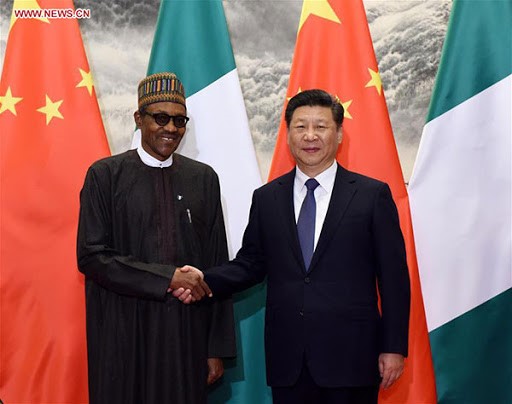 In a published conversation with the Chinese Ambassador to Nigeria, Zhou Pingjian, Gbajabiamila declared: “I will not allow persecution of Nigerians in other countries.” The Kenyan “Daily Nation” also published an article with a clear title: “Kenyans in China: save us from hell.” The temporary deterioration of relations between China and Africa has sparked a wide-ranging debate about the Chinese attitude towards foreigners, especially black-skinned, and the prospects for further cooperation. Part of commentators began to point out that the COVID-19 pandemic has led to an increase in racist behaviour in Chinese society. The US Consulate in Guangzhou informed about a ban on serving Africans in certain restaurants. These reports overlapped with the earlier decision made by the Chinese authorities to suspend visas for foreigners and expel western journalists from the country. Some observers began to compare the current mood with the situation before the Boxer Rebellion (1899-1901), which was primarily aimed at foreigners.

However, is the alleged increase in xenophobic sentiment capable of threatening China-Africa relations? The chance for this scenario is relatively low, as for two decades African countries have been gradually increasing the level of economic cooperation with the PRC. This is also indicated by the rapid normalisation of official relations. Marshal Femi Gbajabiamila, mentioned earlier, declared on April 15 that he is satisfied with the progress achieved. The Nigerian Foreign Minister, Geoffrey Onyeama, also expressed his satisfaction with the actions taken by the Chinese side. The local authorities were blamed for the whole situation, which was an acceptable solution for both the Chinese side (“saving face” of the central authorities) and the Nigerian side (admitting the mistake and pointing out the guilty ones). This situation shows that such incidents are of little importance in the face of significant economic interests.

According to American Enterprise Institute data, the total amount of ongoing projects and investments since 2005 in Sub-Saharan Africa alone exceeds USD 300 billion. Over the last two decades, trade between China and African countries has grown at an extremely fast pace. In 2000, it amounted to USD 10 billion, in 2005, USD 40 billion, in 2011, USD 166 and in 2019, USD 209 billion. In 2009, China became Africa’s most important trading partner, ahead of the United States. The main motivation behind the intensification of PRC’s involvement in the region was to strive for a stable supply of raw materials, necessary to sustain the growth of the extremely demanding Chinese economy. Most investments concerned transport, metals and energy. Chinese companies play a key role in the largest infrastructure projects in Africa, such as the Coastal Railway in Nigeria (USD 12 billion), the Addis Ababa-Djibouti railway (USD 4.5 billion) or the Bagamoyo mega port worth USD 11 billion.

Due to numerous economic interests, African countries cannot afford to antagonise relations with Beijing and other important foreign investors despite the existence of racist attitudes. According to UNCTAD data, in 2017, China was the fifth largest investor in Africa after France (USD 64 billion), the Netherlands (USD 63 billion), the USA (USD 50 billion) and the United Kingdom (USD 46 billion), with a result of USD 43 billion. The participation of all these actors is essential for Africa’s economic transformation. China-Africa relations can be described as a “marriage of convenience”, in which the development needs of African countries meet halfway with China’s global economic expansion. At the time of a global pandemic and imminent economic recession, Africa will need external support more than before. Western countries in crisis are likely to be compelled to reduce international activity to the minimum necessary. The leadership of the CPC, despite a relative improvement of the situation in China, is still facing huge economic and social challenges. If there is one factor which can structurally threaten China-Africa relations, it is not racism, but the continuing economic collapse which will reduce demand for raw materials and stop the movement of capital from the Middle Kingdom. The SARS-CoV-2 pandemic poses a threat to Africa’s economic security, which from Beijing’s perspective may be a possibility to further strengthen the influence in the region. Chinese state-owned companies could take advantage of the widespread collapse to expand in Africa, Europe and North America, although such a scenario would require a stable economic situation in the PRC. However, this seems unlikely, considering the forecasts about the first recession in the Middle Kingdom since 1976.