China and the end of the high growth dreams

The drastic deterioration of the economic situation in China is indicated both by official government data and foreign statistics. In February, the Purchasing Managers Index (PMI) in Chinese industry fell from 50 to 35.7 points, which is the lowest level since the global financial crisis in 2008 (38.8 points). There are also significant decreases in industrial production (-13.5%), investments (-24.5%) and export (-17.5%). These trends, together with the paralysis of the most important developed economies, will translate to serious economic and political difficulties for China and the CPC. 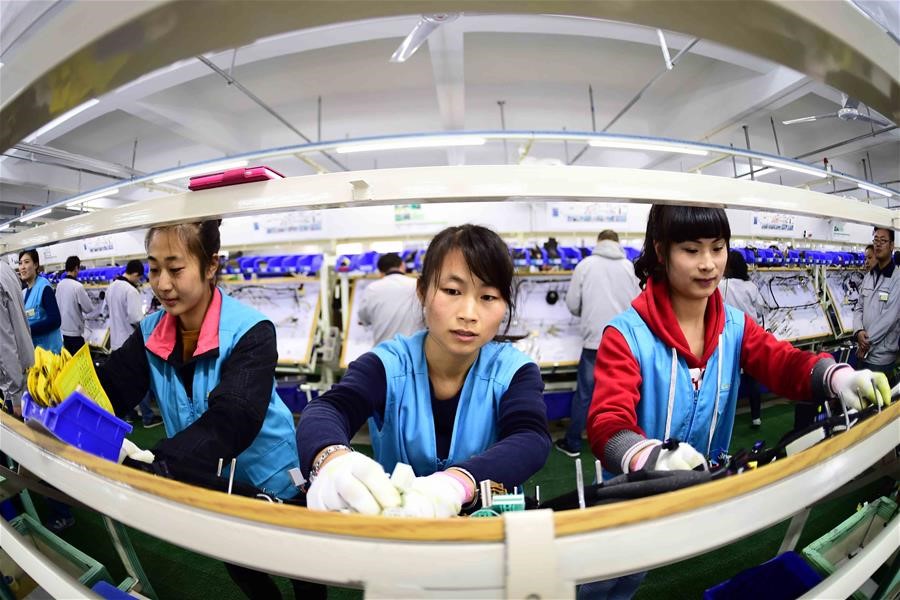 PMI is one of the most important indicators showing the financial activity of economic entities operating on the market. For the first time, the Chinese authorities officially admitted that in January and February there was a 13.5% reduction of production in the industry. The decrease was mainly caused by the traffic blockades in China introduced due to the pandemic, which made it impossible for tens of millions of people to get to their workplaces. A significant part of factories belonging to leading companies (Foxconn, Samsung, Nissan, Renault) recorded many weeks of downtime or used only a small part of their capacity.

Moreover, the closure of estates and restrictions on social interaction resulted in significant falls in consumption. In retail sales, the drop in January and February amounted to 20.5% compared to the previous year. Difficulties caused a rise in consumer prices, which is evidenced by an increase in CPI (Consumer Purchasing Index), which in February rose by 5.2% compared to 2019. The main reason was the problem with food transport caused by blockades and the limited number of available employees. One of the most drastic examples was the increase in pork prices, which in February increased by 132% compared to last year’s prices.

In the report from the end of February 2020, the UN estimated that the COVID-19 pandemic may cost the world economy as much as 2 trillion dollars. If the scenario outlined by the UN or an even more pessimistic alternative happen, China will be one of the main losers. The development dynamics of the Middle Kingdom is still largely dependent on export, foreign investments and the economic situation on world markets. Not a decline in domestic consumption, but a paralysis of the US and EU economies, which are the main markets for Chinese goods, may turn out to be crucial to the PRC’s economy. In January and February, Chinese export fell by 17.2% compared to the previous year. At that time, the epidemic mainly concerned China, but now it has become a pandemic and induced Western governments to introduce drastic security measures and support programmes. The American FED decided to reduce interest rates to 0.0% to ensure easier access to capital, and the White House announced an aid package of up to 1 trillion dollars. Similar actions will be probably taken by other governments, which will expose national budgets to serious costs. Rescuing domestic businesses and jobs will become a priority, which will probably translate into reduced imports.

In the era of far-reaching economic interdependence, this means huge losses for Chinese export and a possible reduction of the economic growth below 2%. Such a poor result will be a serious challenge to the CPC’s authorities, which are facing unfavourable demographic trends and growing consumer aspirations of the middle class. The pessimistic forecasts cannot be detached from China’s strategic competition with the USA, which according to all signs will survive the pandemic as well. The economic downturn is a serious blow to PRC, which is aiming to become a global superpower. The collapse of economic prospects may contribute to the intensification of reformist tendencies in China and the more and more frequent undermining of the communist authorities’ mandate. The primary source of the current system legitimisation would be, above all, the ability of the current leadership to secure material advancement for the Chinese.