The PLAAF Recruitment Video and the H-20 Bomber

In early January, the Chinese People’s Liberation Army Air Force released a recruitment video on Chinese social media to encourage young people to join the army. It is worth to note that the video clip features an outline of an aircraft, which, according to analysts, is the announced bomber of the future – H-20. 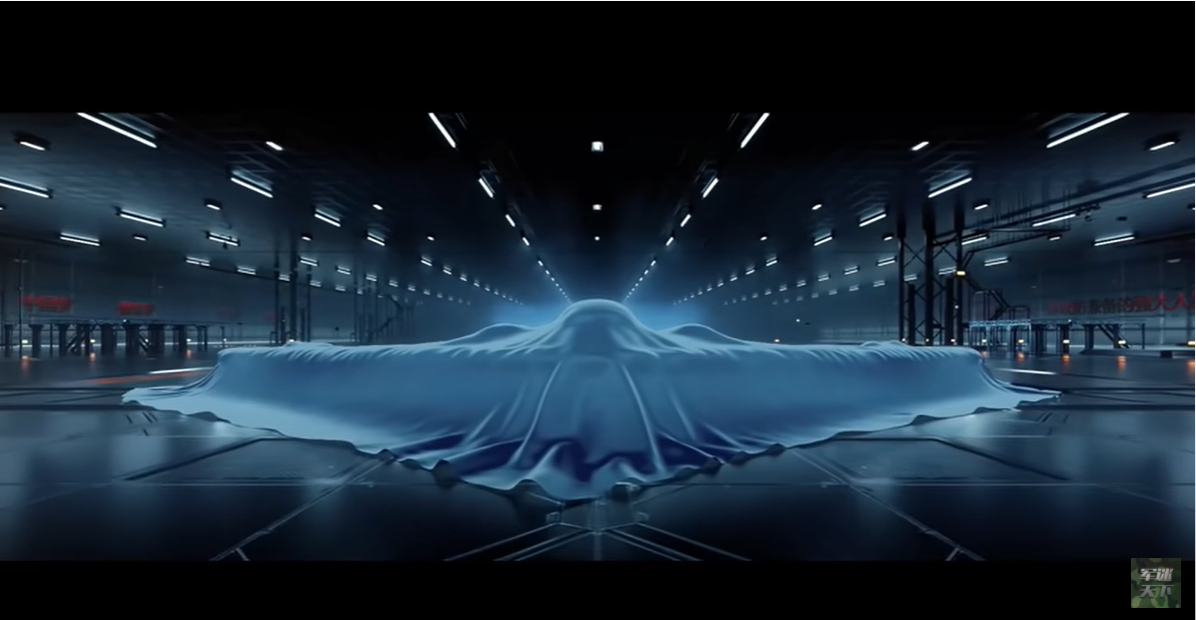 The 5th generation J-20 fighter jets played a leading role in the video clip, but the PLAAF also provided an outline of a new next-generation long-range stealth bomber. In the last minute of the video, an unknown computer-generated aircraft enters the stage. It is covered with a white blanket and only its front is visible. Then, the blanket is removed, allowing to see the left side of the plane, which is reflected in the visor of the pilot’s helmet. The design is reminiscent of the American B-2 Spirit bomber – it is a flying wing aircraft with no vertical control surfaces. Moreover, it has two air intakes, which indicates that it may be the anticipated H-20 bomber.

This was not the first time that the plans of introducing the H-20 bomber into service were presented in such a way. In May 2018, the Aviation Industry Corporation of China (AVIC), the main contractor for Chinese military aircraft, released a promotional video in which the front of a similar plane, also covered with a blanket, was shown. The development of the bomber commenced at the beginning of this century, but there was no official information about it until 2016.

As Wei Dongxu, a Beijing-based military analyst, told the Global Times, the introduction of the H-20 into service could mean that “China has achieved a generation-leaping development in bomber planes and become in possession of a world-class strategic stealth bomber.” He added that showing it in the video “possibly means [that] the outline and design of the aircraft are no longer top secrets, and the development project has made significant progresses.”

The air force, which is the major tool of power projection in the contemporary theater of war, remains one of the key fields in the modernization of China’s armed forces. The entry into service of the H-20 bomber may change the balance of power in the region and strengthen Beijing’s position. It will give the PLAAF the ability to attack US military facilities in Japan, South Korea, Guam and even Hawaii from its mainland bases. The H-20 will also strengthen the “nuclear triad,” i.e., the ability to effectively carry nuclear missiles by land, sea, and air units. Introducing it into service would at least partially reduce US superiority and clearly increase nuclear deterrence capabilities. The question is how the H-20 will perform in comparison to the American B-21 Raider, whose first official flight is scheduled for this year. Whether China is already capable of building engines for this type of aircraft remains a separate question.