Parliamentary Elections in Estonia: The Left And Liberals Among Favourites

On Sunday, March 3, parliamentary elections will be held in Estonia. All indications suggest that Prime Minister Jüri Ratas from the Centre Party, which, as a matter of fact, has the highest ratings in opinion polls, will stay in power. It is highly probable that after the elections the party will enter into a coalition with the current largest opposition party, the Reform Party. The Eurosceptic Conservative People’s Party also counts on good election results. It is worth noting that all major Estonian parties are evidently pro-Western, which shows how important for Estonia, especially in the face of a rising Russian threat, is its membership in the EU and NATO. Aside from that, the largest political parties in Estonia differ mainly in their views on economic and social policy as well as their vision of the European Union. 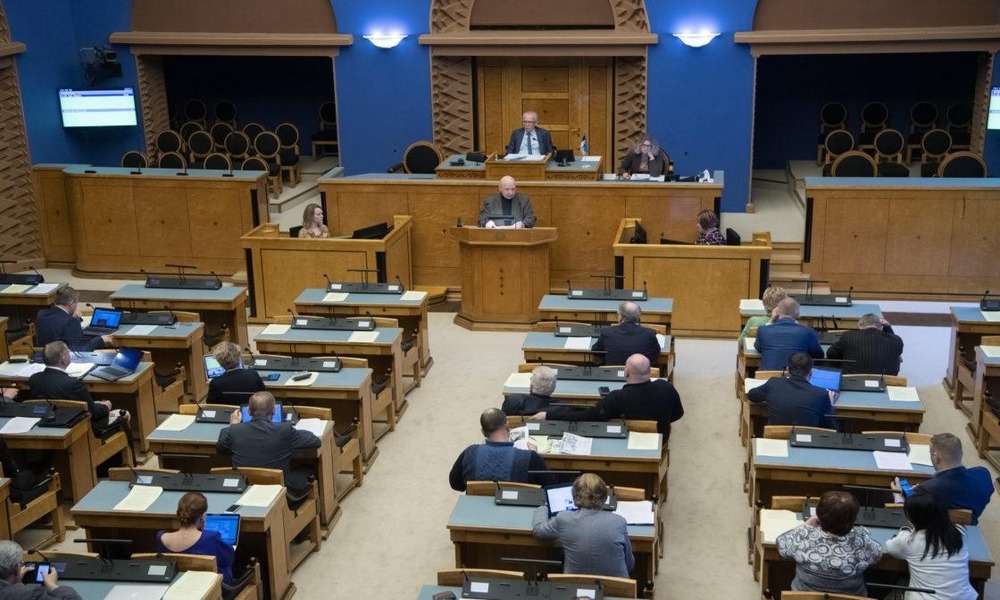 The elections to the 101-member Estonian parliament (known popularly as the Riigikogu or the State Assembly) will be held on March 3. However, Estonia’s citizens could vote in advance between February 21 and February 27 – mainly via the Internet or traditionally by going to polling places (from February 21 to February 24). In general, around one-third of those entitled to vote chooses online voting. In 2005, Estonia became the first country in the world to use Internet voting for general elections. The Estonian e-voting system is based mainly on over a million of microchip-embedded identity cards, which the voters have received from the authorities. The use of such a card allows for secure online identity verification. The vote is cast via a special government website. If the voter changes their mind, they can return to the website and change their vote or do so by going to a traditional polling station (before the end of an early voting period). This year, increased security measures have been implemented to safeguard the online voting system. The day before the online voting was due to start in Estonia, Microsoft reported that a hacker group that goes under the name of Strontium had attacked e-mail accounts belonging to think tanks and non-profit organisations in six European countries, Estonia included. This may be related to the upcoming European elections scheduled in May. Nonetheless, the hacker attack has obviously alerted the Estonians.

Ten parties and a dozen independent candidates are taking part in the Estonian elections. The seats in the parliament will be allocated by the method of proportional representation from 12 electoral districts. According to the latest poll from February 25, the Centre Party is currently in the lead (28%). The second is the Reform Party (24%) and the third is EKRE (17%). The formation of a coalition between the two largest parties and the selection of a coalition partner from one of the smaller parties appear to be a very likely scenario. The ruling left-liberal Estonian Centre Party (Estonian: Keskerakond) led by Prime Minister Jüri Ratas has been either on the first or the second place in all previous elections for some years now. This is largely due to the fact that the party is widely supported by Estonia’s Russian-speaking minority. However, not so long ago, the Centre Party used to be isolated from other political parties because of the pro-Russian policy pursued by the former party leader Edgar Savisaar. Ever since the change of the leadership and the modification of its political course, Keskerakond has been considered not only the favourite in the upcoming elections, but also the main candidate for governing the country, because it no longer has trouble finding coalition partners. This year, the major opposition party, that is, the currently liberal Estonian Reform Party (Estonian: Reformierakond), which won the last parliamentary elections held in 2015, might form a coalition with the Centre Party. Other potential coalition partners include the current centre-left coalition parties such as the Social Democratic Party (SDE) and the conservative-liberal Isamaa party. The Conservative People’s Party of Estonia (EKRE), which has doubled its support since the last elections, is very likely to form the opposition. EKRE is a national conservative Eurosceptic political party. It is headed by Mart Helme, a political veteran and a former Estonian ambassador to Russia, and his son Martin. The party is strongly against the EU immigration policy.