The Russian Air Force is getting more and more aggressive not only towards NATO aircraft, but also towards neutral Sweden. On February 19, a dangerous incident occurred in international air space over the Baltic Sea – a Russian fighter jet approached a Swedish reconnaissance plane at a distance of less than 20 metres. Stockholm’s reaction was very sharp: Russia’s ambassador was summoned to the Swedish Ministry of Foreign Affairs. Viktor Tatarintsev was obliged to explain why such provocative behaviour of the Russian Air Force has occurred for the second time this year. The Swedish Ministry of Defence alarms that there have not been such acts of Russian aggression in the air since 2017 and early 2018. This type of Moscow’s manoeuvres only seems to confirm that if a war breaks out, Sweden, a formally neutral country, will be perceived as a potential enemy and NATO ally in Russia’s military plans. 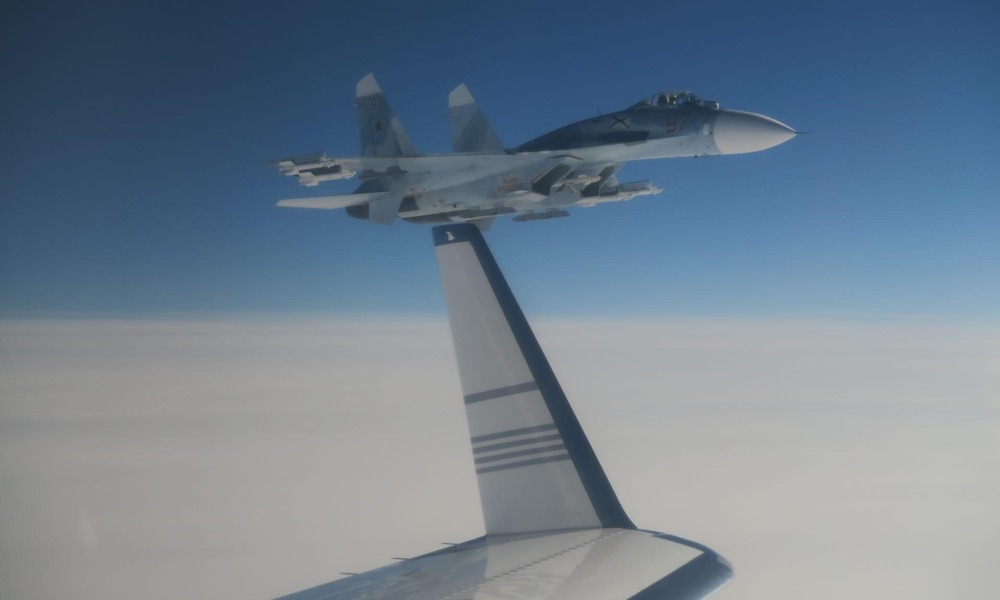 On Sunday, February 24, the Swedish Ministry of Foreign Affairs summoned Russia’s Ambassador Viktor Tatarintsev to provide an explanation regarding the incident that took place on February 19. The Russian Su-27 fighter jet approached the Swedish military aircraft at a dangerously close distance of less than 20 metres. It is worth noting that a distance of at least 100 metres is considered to be safe between planes in the air. The Swedish Gulfstream plane was on a routine reconnaissance mission over the international waters of the Baltic Sea between the island of Gotland and the Baltic States, flying in accordance with the law. The Russian Su-27 fighter jet took off from an airport in the Kaliningrad Oblast and quickly approached the Swedish plane. Gulfstream’s pilot, Colonel Anders Persson, reported that the Russian pilot was behaving very aggressively. First, he flew right in front of the Swedish machine, and then he approached it from the back – getting much closer than usual. The Swedish Ministry of Foreign Affairs stresses that the manoeuvres of the Russian fighter jet were deliberate and highly unprofessional, implying that safety regulations were violated. According to the Swedish Armed Forces (Swedish: Försvarsmakten), which published photographs of the incident on their website, it was an act of provocation. Sweden’s Defence Minister Peter Hultqvist called the incident “unacceptable”. On Friday, February 22, the Russian Ministry of Defence replied that the Su-27 was sent to identify and intercept “an air target approaching the Russian air space over the Baltic Sea”. The Russians claim that their plane was flying safely. This has been the second serious incident of the Russian Air Force towards the Swedes since the beginning of the year. In January, three Russian planes (one Il-20 reconnaissance plane escorted by two Su-27 fighter jets) had violated the Swedish air space over the Baltic Sea, south of the city of Karlshamn. After the incident, the Russian diplomat had also been summoned to the Swedish Ministry of Foreign Affairs.