On 27 March 2020, North Macedonia was admitted to the North Atlantic Alliance. The integration of the Western Balkans region with NATO is progressing much faster than accession to the European Union. Albania and Croatia joined NATO already in 2009 and Montenegro in 2017. So far, Croatia was the only state from the Western Balkans region that joined the European Union (2013). 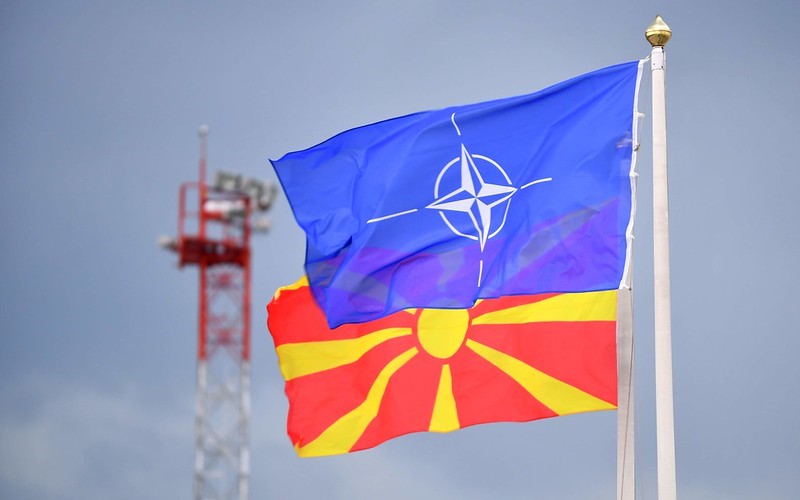 The countries of the Western Balkans region outside NATO include Bosnia and Herzegovina (BiH), Kosovo and Serbia. Bosnia and Herzegovina remains a country which has difficulty in building any kind of alliances, even domestically. Agreement with regard to NATO membership is currently impossible in BiH to reach mainly due to the opposition of the pro-Russian government of the Alliance of Independent Social Democrats of Republika Srpska – one of the constituent parts of the country. Kosovo, in turn, remains a country which is not recognised by some NATO member states, such as Spain, Greece, Romania or Slovakia. In Serbia, meanwhile, there is the lowest support for NATO accession among the Western Balkan countries. The Serbs oppose joining the military block that bombed their homeland during the war with Kosovo in 1999. Another argument against Serbia’s accession to NATO is the intensive military cooperation between Belgrade and Moscow. Serbian troops take part in joint manoeuvres with Russia and Belarus. Serbia also buys equipment for its army, including weapons, mainly from Russia.

The main obstacle to North Macedonia’s accession to NATO was the conflict with Greece over the name and symbols used by Skopje. Athens opposed the use of the name “Macedonia” by its northern neighbour because the Greeks claimed that it related to the Greek heritage associated with Alexander of Macedon. The conflict with Greece also blocked the start of accession negotiations with the European Union.

The breakthrough in Greece’s relations with Macedonia came after the signing of the Prespa Agreement between Athens and Skopje and the acceptance by both sides of the name Northern Macedonia for the former Yugoslav Republic of Macedonia – FYROM (the official name of Macedonia before the agreement).

An earlier plan of joining FYROM to NATO took place during the Alliance Summit in 2008 in Bucharest, at which both Albania and Croatia obtained the consent of all member states to join NATO. FYROM’s candidacy was then blocked by the Greeks.

Northern Macedonia is a country with little military potential. The army of this country consists of about 24,000 soldiers and 4,850 reservists. The military expenditure is 1.38% of Macedonia’s GDP. The equipment comes mainly from the former Soviet Union and Russia and is quite outdated as for the Alliance’s standards – e.g. the Soviet helicopters Mi-17 and Mi-24.

The significance of this country has a geopolitical dimension and is connected with the strategic rivalry between NATO countries, including in particular the United States and Russia. Moscow strongly opposed the enlargement of NATO in the Western Balkans region, including above all countries with which it has close political, economic and cultural ties, such as Montenegro, North Macedonia and Serbia.

In the case of Montenegro’s accession to NATO, Russia supported an attempt to subvert the government in Podgorica in order to overthrow the pro-Western government by the actions of GRU agents. In Northern Macedonia, on the other hand, Russian actions focused mainly on supporting circles reluctant to the Athens-Skopje agreement. If this agreement had not been reached, North Macedonia would not have had any opportunity to join NATO structures.

The integration of North Macedonia with NATO is important for stability in the region, especially in the context of local tensions and the position of the Albanian minority in North Macedonia, given that both Albania, which politically supports Kosovo, and North Macedonia are in NATO. Membership in the Alliance may become a motivating factor for the use of diplomatic solutions to possible local conflicts between Albanians and Macedonians. Without the support of Tirana, no political initiative of the Albanians in Kosovo or North Macedonia is possible.

In the European dimension, the accession of Northern Macedonia to NATO means a reduction of Russian military influence in the Western Balkans, which, in the current state of affairs, comes down to cooperation with Serbia and the Republika Srpska in Bosnia and Herzegovina, which accounts for only 1/3 of the political representation at the national level.

In the long run, however, NATO, which is only a military alliance, will not have the appropriate tools to stabilise the political situation in Northern Macedonia and the region. This requires comprehensive assistance from the EU, with the appropriate political and economic tools to help the region develop.

From the perspective of domestic policy in Northern Macedonia, the country’s accession to NATO is a partial success of the current government of the Social Democratic Union of Macedonia (Macedonian: Социјалдемократски сојуз на Македонија). The government has led to the accession of Northern Macedonia to NATO, which was a condition for the citizens to give their consent to sign the agreement with Greece. However, the second commitment to society has not been fulfilled yet – starting the negotiations with the EU. These negotiations were blocked in October 2019 by France. The failure on the European scene led to the collapse of the government and the scheduling of elections for April 2020 (due to the epidemiological situation related to COVID-19 probably postponed to autumn 2020). The accession of Northern Macedonia to NATO, although less important for the citizens than the start of negotiations with the EU, may nevertheless prove that Skopje remains under the Western influence.