Netanyahu Heads to Moscow As Israelis Prepare for Elections

Israel’s Prime Minister Benjamin Netanyahu visit to Moscow five days before parliamentary elections, confirmed Vladimir Putin’s interest in keeping the Israeli politician in power. Also, the Russian army has recently discovered in Syria the remains of an Israeli soldier missing since the 1982 Lebanon War. The incident had a tremendous emotional significance for many Israelis and, as some claim, might have helped the Likud Party to take over votes for other right-wing parties just before the elections. Drawing minimal attention to distinct approaches to Iran’s military presence in Syria was a step meant to portray Netanyahu’s visit as a success while confirming his political aptitude for leading effective foreign policy, which was to give him an advantage over his domestic rivals. 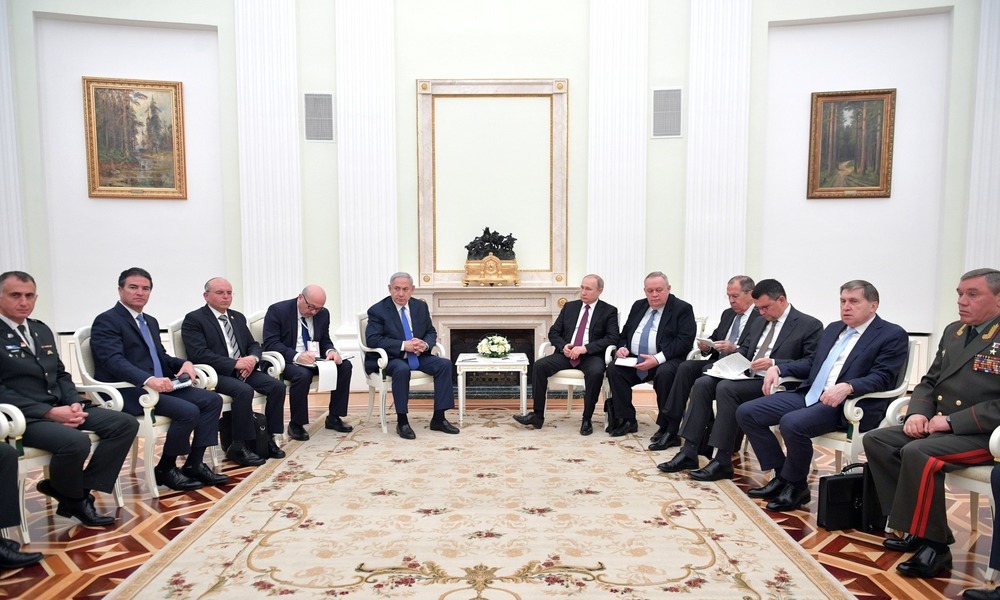 Unquestionably, Netanyahu’s trip to Moscow can be seen as a remarkable element of the electoral campaign led by the Prime Minister and his party. The Israeli politician, who was hosted by U.S. President Donald Trump on March 25, proved that no one could take his duties in Israel’s domestic politics. His meeting with Vladimir Putin was an attempt to win the support of potential electors originating from former Soviet republics, a vast majority of whom so far have backed the Yisrael Beiteinu faction led by former Defense Minister Avigdor Lieberman. Earlier, Netanyahu’s electoral strategy provided for both securing Likud’s best possible results and paving the way of minor right-wing political parties, viewed as Likud’s future coalition partners, for winning Knesset seats. Netanyahu’s visit to Moscow, along with his radical declarations to be revealed later this week, may yet mean a shift in his hitherto strategy. He might have considered chances of a few less powerful parties, including Yisrael Beiteinu, insufficient to cross the electoral threshold, instead opting for gaining considerable support for Likud, as a result of which a small number of right-wing votes would be wasted. Netanyahu’s talks with Putin may have translated into greater support for his party, given the latter’s widespread popularity among a group of Russian-speaking Israelis. Also, his working visit coincided with handing over the body of Zachary Baumel, an Israeli soldier missing since the 1982 Lebanon War, to Israel by Russian officials. This has generated emotional excitement among the Israelis while providing Netanyahu with some additional support as he had sought Putin’s help in discovering the remains of the soldier already two years before. This step was aimed at depicting Netanyahu’s political effectiveness.

The chief of Russia’s General Staff Valery Gerasimov and Israeli Prime Minister Benjamin Netanyahu (who yet served that day as Israel’s defense minister) attended a ceremony to honor Sergeant First Class Zachary Baumel, exemplifying successful efforts to enhance their mutual relations. They deteriorated in late 2018 after Syrian forces shot down a Russian military plane after an Israeli airstrike on Syrian territory. The incident caused tensions in Russia-Israel relations as the Kremlin blamed the Israelis for conducting a deliberate provocation, ultimately leading to a political crisis. Putin and Netanyahu finally met to hold talks in late February. Nonetheless, improved Russia-Israel military relations did not translate into solving the burning issue of Iran’s armed presence in Syria. Israel requires Moscow to provide its help in withdrawing such direct threat to the state while the latter is, however, either inept or unwilling to do perform such operations. The status quo is so far to be remained, which gives Israel free hand to strike Iranian targets in Syria.