A group of experts, appointed by NATO Secretary General Jens Stoltenberg, has prepared a report entitled “NATO 2030. United for a New Era” on strengthening political cohesion of the Alliance. Much attention was devoted to China, whose growth calls on NATO to act. 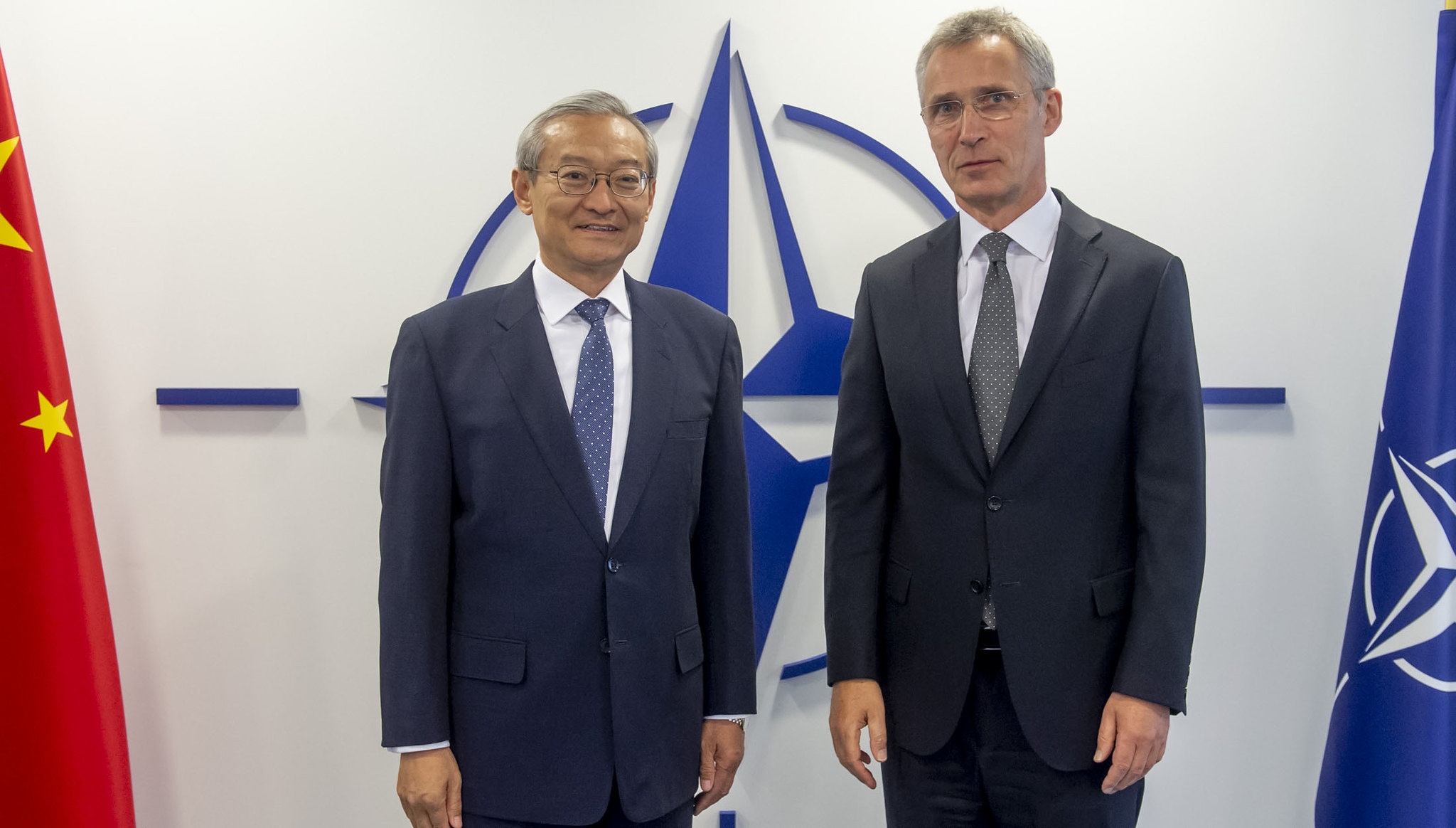 The idea of establishing “a group of wise people” was born at the London Summit in December 2019. Among the 10-person group responsible for creating the report was Anna Fotyga, a Polish MEP and former Minister of Foreign Affairs. She is the only representative of Central and Eastern Europe in this body.

The word “China,” in all of its variations, appeared in the document almost 90 times. Only Russia was mentioned more often, about 100 times. Frequently, the report presented the two parties on an equal basis. The authors mentioned that the NATO’s Strategic Concept of 2010, did not address China at all.

The report underlines that the growing power and assertiveness of the Middle Kingdom is crucial in the geopolitical jigsaw puzzle. In the paper, China has been called a “systemic rival.” Beijing is in fact a challenge for NATO, yet of a different kind than Russia, and it is increasingly undertaking global actions. China is upholding willingness to use force against its neighbors, use economic position and diplomatically intimidate also the countries outside the Indo-Pacific region. In the coming decade, China is also likely to challenge NATO’s capabilities and pose a threat in various areas, for instance: protecting critical infrastructure, supply chains, new technologies, military power projection, cybersecurity, outer space, disinformation campaigns, intellectual property theft, or by undermining the international order. The nuclear arsenal also raises concerns. On the other hand, Beijing, due to its size and economic trajectory, is the powerhouse of global growth, trade, and investments with numerous NATO countries. Moreover, the Middle Kingdom is a key partner in solving global problems such as climate change, biodiversity, and achieving Sustainable Development Goals (SDGs).

Additionally, it was noted that China’s influence is growing in the Middle East, especially in Iran, Iraq, and Afghanistan. China is also expanding its military potential in the Atlantic, the Mediterranean, and the Arctic as well as has made significant progress in innovation and outer space exploration.

According to the authors of the report, NATO must, above all, devote much more time, political resources, and actions to the security challenges posed by China. The recommendations included monitoring the cooperation between Moscow and Beijing in domains that affect NATO’s security (disinformation, technology, politics). Moreover, the Alliance should be open to the possibility of constructive dialogue with China and to a greater extent exchange information concerning China among the members of the bloc. Further proposals suggested that NATO should consider establishing a consultative body in order to discuss the aspects concerning allies’ security interests towards China. In case of a threat from Beijing, NATO must demonstrate effective protection of its members. The Alliance should also develop a long-term strategy to counter China’s military-civil fusion strategy (MCF). The analysts added that China should be taken into account in future arms control negotiations, especially in the context of nuclear weapons and ballistic missiles. Additionally, it has been proposed that consultations and cooperation with partners in the Indo-Pacific region, especially Australia, South Korea, New Zealand, and Japan, should be deepened within the existing NATO+4 group, the NATO-Pacific Partnership Council, or the Quad initiative (Quadrilateral Security Dialogue), in order to, among others, closely observe the growth and activities of the Middle Kingdom.

China’s reaction to the aforementioned report is also worth mentioning. “We hope that NATO can look at China’s development in an objective, positive and open manner. The report says NATO is open to contacts and cooperation with China,” said the Chinese Foreign Ministry spokesperson Hua Chunying at a press conference, in response to a question about the document. One of the articles, published on the pro-government website Global Times, stated that since the end of the Cold War, NATO has been struggling for survival, and by calling China “a challenge,” NATO is trying to find an excuse for its existence. The authors of the article warned that a similar approach, which had already been used against Russia by the US and Europe, will be “woefully ineffective.”

The US might be pleased with the report because China is its greatest challenge. After the presidency of Donald Trump, who was skeptical about NATO, the new president Joe Biden will try to strengthen transatlantic ties and find allies in the rivalry with Beijing. The report encourages to pay greater attention to China, the dangers it poses already and which can further grow. It also draws attention to possible areas of cooperation. China’s increasing importance in the world will certainly be a challenge for NATO. Poland, as a member of the Alliance, should become more widely involved in the discussion on this issue.